The Music of Queen

For a die-hard Queen fan, it’s pure heaven with all the (bicycle) bells and whistles you could hope for.
Ann Foo
[This is archived content and may not display in the originally intended format.] 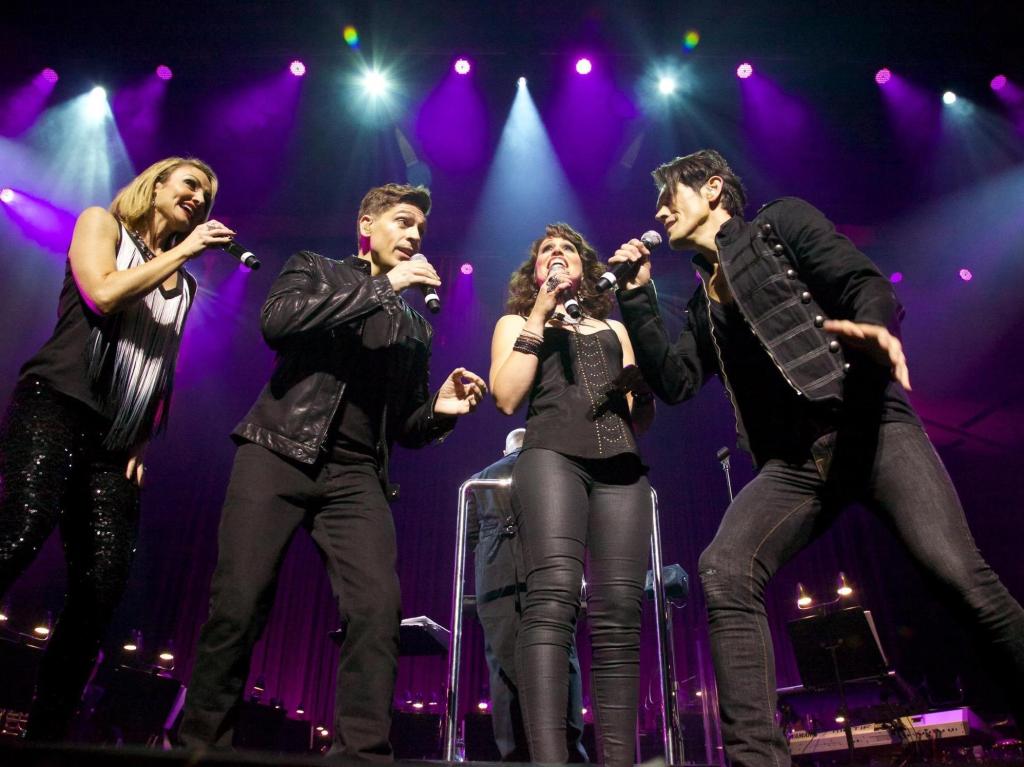 Without a doubt one of the greatest rock bands of all time, Queen broke ground on several levels. Musically, they pushed the boundaries of what rock music could achieve. Socially, frontman Freddie Mercury refused to be defined by his sexuality in a music genre which was, and still is, characterised by machoism. Their forays into visual mediums of music video and costume did as much to cultivate their image as did their music, and clearly marked them as individuals who thought big, lived big and played big. So it makes perfect sense to pair a symphony orchestra with the music of Queen at the Sydney Opera house. After all, it doesn’t get much bigger than that.

It was a considerable amount of pressure so it’s understandable if things started off with a somewhat shaky introductory number, with some of the vocals being drowned out by the orchestra. However, it didn’t take long for the performers MiG Ayesa (West End/Asia), Michael Falzon (Australia/UK), Amanda Harrison (Australia/West End) and Carly Thomas Smith (USA) to bounce back, with roaring renditions of Queen classics such as ‘Bicycle Race’, ‘I Want to Break Free’, a very fun duet version of ‘Under Pressure’ and a particularly feisty ‘Killer Queen’, whilst Harrison’s ‘Radio Ga Ga sparked the first audience singalong of the night. The packed out concert hall was thumping along in appreciation in no time. Ayesa was the clear standout performer here. His rock star swagger, just like his voice, never faltered. The chemistry between all four vocalists was like that of old friends, and went a long way in charming us into forgiving the few stumbles.

The first set was off to a warm and civilised start, but it wasn’t until after intermission that we really get to cut loose, aided in no small part by a costume change, with ‘Fat Bottomed Girls’ setting the tone. The string section, guitarist and bassist had their moment to shine in the flamenco number ‘Innuendo’. Ayesa’s ‘Don’t Stop Me Now’, followed by Thomas Smiths’ ‘Another One Bites The Dust’ took the Opera House to a whole new level, and the energy in the normally formal Concert Hall started to feel increasingly like a Hong Kong karaoke room, with the hint of a mosh developing in the stalls. Of course, no Queen set would be complete without ‘Bohemian Rhapsody’, which was a great privilege to see performed by four such accomplished yet very different vocalists. An encore was rounded out by ‘We Will Rock You’ and ‘We Are The Champions’ and when the lights dimmed, it was on a full standing ovation in the packed out hall. Although not without flaws, The Music of Queen at the Opera House was pretty hard not to like, but for a die-hard Queen fan, it’s pure heaven with all the (bicycle) bells and whistles you could hope for.

The Music of Queen