This live adaptation of the beloved book will undoubtedly have parents facing some strange questions over the dinner table.
Victoria Wyatt
[This is archived content and may not display in the originally intended format.] 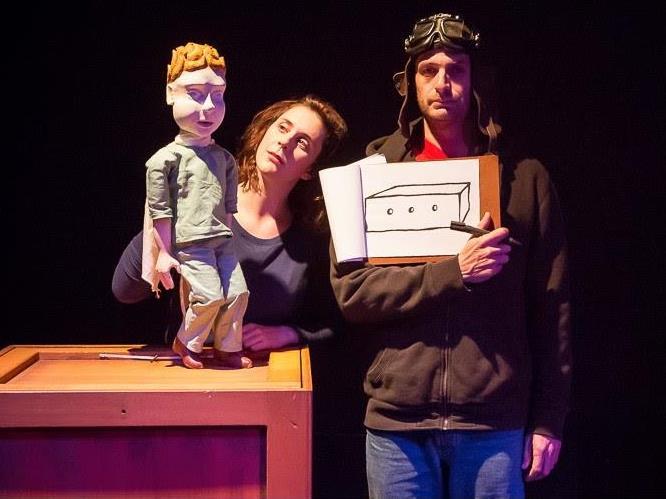 Antoine de Saint-Exupéry’s The Little Prince deals with philosophy, social criticism, the strangeness of the adult world and observations about life and human nature in a highly poetic manner. ​Styled as a children’s book, the adventure story can be read on many different levels. Perth’s dedicated children’s theatre, Spare Parts Puppet Theatre, is the latest in a long list of companies that have chosen to bring this complicated fable to life and my what a success it is.

In its 73 years, The Little Prince has become one of the best-selling books ever published. The fourth most translated book in the world, it is still selling almost two million copies annually (140 million to date) and was voted the best French book of the 20th Century.

This spectacular tragedy of a young Prince who falls to Earth from his tiny asteroid and encounters a stranded pilot is a gift that keeps on giving, and this particular live version will undoubtedly have parents facing some strange questions over the dinner table.

Designer Jiri Zmitko’s set and construction is nothing short of genius, and as soon as the two performers wheel the ‘trolley’ full of beautifully crafted boxes onto the stage, the audience’s attention is captured and a low murmur can be heard around the theatre as small children start guessing as to the contents of said boxes.

With an otherwise empty stage, actors Jessica Lewis and Shane Adamczak and their trolley of wonder command full attention throughout the 50 minutes, as they move, unfold, unpack and display the various crates innards. Fantastical characters and mythical destinations are bought to life in ways that make children lean forward in their seats, and adults revel in the intelligence and resourcefulness of the designer and performers.

Adapting writer Simon Clarke has done a phenomenal job of breaking down the luxurious language of the original novella into a modern, stripped bare version with less characters but all the intrigue and life lessons intact.

This may cause literary perfectionist Sant-Exupéry to roll over in his grave as his drafts were notoriously laborious:

‘covered with fine lines of handwriting, much of it painstakingly crossed out, with one word left standing where there were a hundred words, one sentence substitut[ing] for a page.’ But given that this was reworked specifically for the attention spans of little mites under 12, it is my firm belief that Clarke would be granted a back slap from the Frenchman.

The carved wooden puppets are intoxicating, the Little Prince’s character especially, and Adamczac and Lewis flow gracefully between ‘daydreaming stagehands’ and the temperaments the other roles demand, keeping what could easily have been a messy version (as many operatic, stage and movie versions have been), modern and sleek.

The meeting of The Little Prince and the Fox is especially poetic, and Fox’s intimations are the texts most famous quotes as they highlight human relationships, thus capturing the essence of the story: ‘One sees clearly only with the heart. What is essential is invisible to the eyes.’  Other key thematic messages are also stated: ‘You become responsible, forever, for what you have tamed’, and ‘It is the time you have lost for your rose that makes your rose so important.’

A quick question and answer session at the end of the performance provides cheery proof that the goal of entertaining youngsters was successful. Children offered up more questions than an actor has surely ever faced, with all the innocence of youth and wonder the show inspired.

A school holiday must, even if you are too old to attend school.