'The Last Pulcinella' takes inspiration and breathes life into the original unedited screenplay by Roberto Rossellini. As if it has been taken off a dusty shelf, this film creakily awakens a dream world which seems to have been in suspended animation for decades.
Fouli Christmann
[This is archived content and may not display in the originally intended format.] 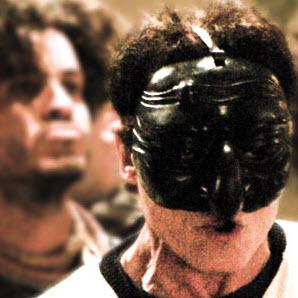 The Last Pulcinella takes inspiration and breathes life into the original unedited screenplay by Roberto Rossellini. As if it has been taken off a dusty shelf, this film creakily awakens a dream world which seems to have been in suspended animation for decades. The characters inhabiting this world are like human sized puppets and the director moves them to his tune, leading them through a fantastic story.

The middle-aged Michelangelo is an old fashioned performance artist who sings and acts the stories of ‘Pulcinella’ in Naples streets. He is in conflict with his son who has been brought up traditionally but wants to pursue his own creative direction. When his son Francesco flees Naples after witnessing a Camorra crime, his father follows him to Paris. There Michelangelo is reunited with an old friend who teaches at the Sorbonne and comes up with the idea to stage a show about Pulcinella in an abandoned theatre.

The setting of the film in the troubled outskirts of Paris makes a political statement. These youth are at war with each other and the streets are not safe, but the theatre is a haven which brings out their talents and individuality. This is theatre in its purest form, enabling the individual to define and express themselves – whether it be with the violin or the African drums, ballet or tribal moves. Everyone is welcomed on stage regardless of their age, ethnicity or even mental capacity. It is a curious cast, from the mysterious Marie Belle who lives in the abandoned theatre, Fazia the Moroccan student, the political activist Cecilia and the erudite professor. They play a part which strictly keeps to the stereotype and is quite self conscious. We may anticipate that the characters will grow and develop in the story, but they never do as they are suspended in a time capsule.

The central story of ‘Pulcinella’ is the timeless Punch and Judy Show. As in the story, Punch has a difficult wife and an obstinate son. It is hilarious seeing the life-size depictions of these characters act out their usual script. Although we don’t have Judy punching out her husband, she has a feminist streak and the son is apt to get into trouble. It is to the Director’s credit that he adopts a traditional story and turns it into a modern dysfunctional family.

The part of Michelangelo is cast to Massimo Ranieri, one of Italy’s greatest pop singers. With the voice of an angel, he breaks into song and his words are filled with the greatest pathos about love, longing and loss. ‘Pulcinella’ is an art form which belongs to the past and through song he is able to evoke the nostalgia for yesteryear. Switching between the role of ‘Pulcinella’ and the man behind the role, Massimo Ranieri conveys one man’s life crisis as the world changes around him and he tries to understand his son. It is at this personal level that the film manages to move the audience. Ultimately it is a film about the capacity of the theatre to bridge differences between people.

Director Maurizio Scaparro is noted on the international scene for directing numerous theatre productions. In particular, he was Director of the Theatre Sector for the Biennale di Venezia from 1979 to 1982 creating, amongst other events, the “Carnival of Venice Theatre” in 1980, 1981 and 1982, which was acclaimed worldwide.

Fouli Christmann is a Melbourne based writer. She loves exploring Melbourne and embraces the City’s search for cultural enlightenment. She last attended the Melbourne Open City Walks and discovered some previously unknown corners. She is usually found at one of the many festivals including the Greek, Italian and German Film Festivals. With links to these countries by birthright and marriage she has acquired an extensive knowledge of their idiosyncracies and foibles. She enjoys winding down by cooking for family and friends and trying out the restaurant of the moment. When not attending the latest cultural offering, she can be found at work in the Australian Public Service. 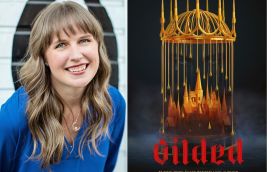 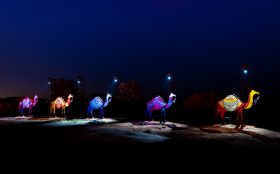 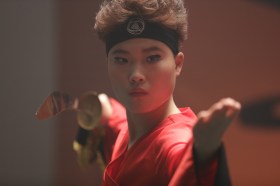