Innovative interesting live theatre, 'The Irresistible' brings together great WA theatre makers.
Mariyon Slany
[This is archived content and may not display in the originally intended format.] 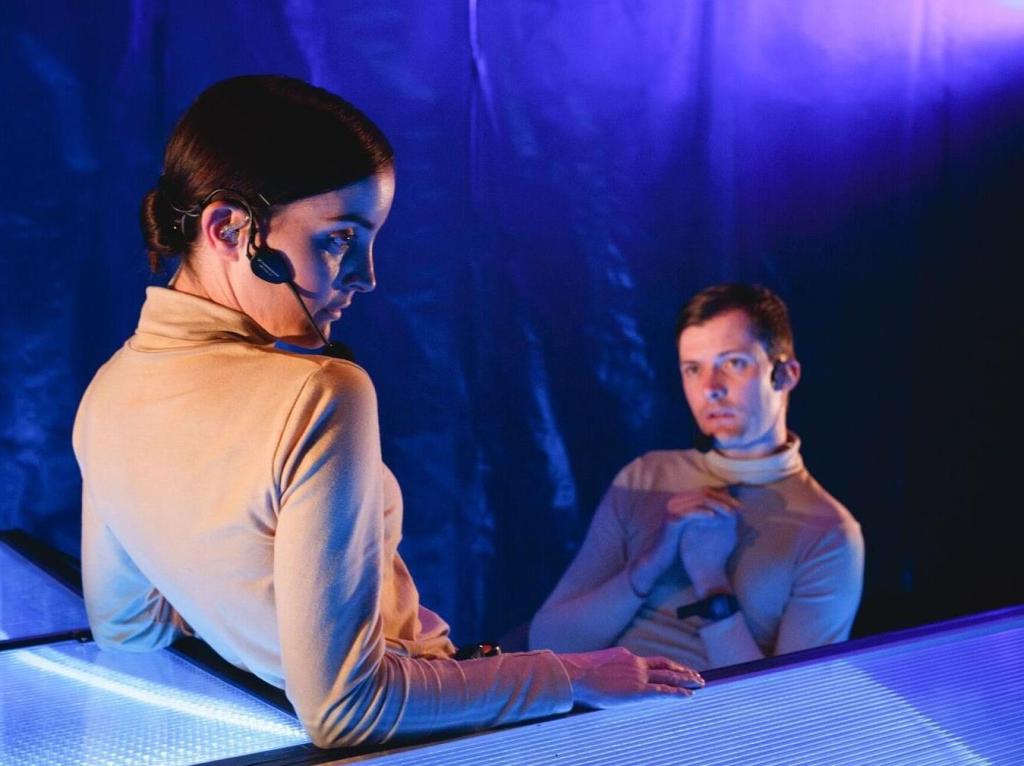 The Irresistible is irresistible! It kept me hooked for its 75 minutes duration. Perth Institute of Contemporary Art (PICA) has a remit for new works and this theatre piece, co-produced by Side Pony Productions and The Last Great Hunt, expands the boundaries in exciting ways. It’s a testament to PICA’s Performance Program which offers critical support to artists, including the time and space necessary for such experimentation. The Blue Room’s LOFT initiative has also contributed.

The production is directed by Zoe Pepper and written/devised by Pepper and her long time collaborators and lead actors, Adriane Daff and Tim Watts. Originality and quirky thoughts on modern life echo throughout the work. Pepper is a graduate of WAAPA and AFTRS; a writer and director for film, theatre and participatory gaming, as well as a recipient of Screenwest’s 2016/17 Feature Navigator program, allowing her to write a feature script. She has also written and directed several short films in conjunction with Daff and Watts.

Pepper has a history of doing interesting things with audio; in May 2017 premiering her first audio work for children Into the Jungle in Adelaide, and with Sydney Theatre Company developing The Lobotomist in 2011-12. Previously Pepper has co-written and directed The Confidence Man, which has toured nationally in addition to securing a season with Perth Theatre Company.

Audio manipulation is a highlight in this work. Compellingly, the two actors play several characters each. Not only do we instantly move into intertwining stories but the character playing that role is often of the opposite gender. This is achieved through a voice projection system contrived by sound designer Phil Downing, makes the actors’ voices sound deeper or higher, sometimes almost Chipmunk level when playing a young child. Moving suddenly between the adult male and young niece in a scene where they both end up crying is a bit startling, but mostly these transitions are wittily and seamlessly directed and performed, and keep you on your toes.

The two actors, Daff and Watts are stunning, moving easily and believably across characters. Daff in particular, as a man saying some quite confronting things about women, is excellent. In one section she is performing both characters in the scene, moving quickly between them. Their work as a team is superb; they are well practiced and eloquent.

The set and costume design by Jonathon Oxlade is an amazing highlight. Oxlade won the 2016 AACTA Award for Best Costume Design and his skills in visualising and creating separate sections on stage is masterful. The props are two chairs, and two Perspex boxes of phone booth size. Utilising these two TARDIS-like semitransparent boxes that stand and also lie horizontally as front doors, sex booths, a car filling up with smoke, a spa, bar, and showers is wonderfully creative. They are illuminated by award winning lighting designer Richard Vabre’s palette of effects that includes torched up faces hovering through the dry ice smoke-screen, and light shimmering off the translucent shiny curtains at the front of the stage. Multi-award winning composer Ash Gibson Greig joins the high calibre creative team, who have all worked alongside Australia’s most innovative theatre companies and whose expertise is evident. The way this work references filmic shifts is the best way to describe the interaction between sound, light, music and vision.

The core idea is about how some people can see ‘other things’ i.e. layers or unconscious expressions once they go through a ‘light storm’ moment – ‘that you could see inside people after the storm’ as one character puts it. There are several unexpected scenes around this, including the first electrical impulse between characters that is a little shocking – but not gratuitously so – and well integrated into the rest of the performance. Another stunning scene comes when one of the character’s sisters has had enough and doesn’t quite make it through the fog; compelling work that showed the skills of all – writer, director, actor, sound, set and lighting designers.

The Irresistible illustrates how a theatre work can be more than the sum of its parts, resulting in an exceptional experience that could not be experienced in any other medium. The finale, with the two actor’s faces’ hovering through the smoke, is compelling. This is the reason you go to see live theatre. Brilliant work like this deserves your support. Based on this production, we can all look forward to Zoe Pepper’s first feature film!