The Hamlet Apocalypse is a testament to the power of live theatre.
Charlene Li
[This is archived content and may not display in the originally intended format.] 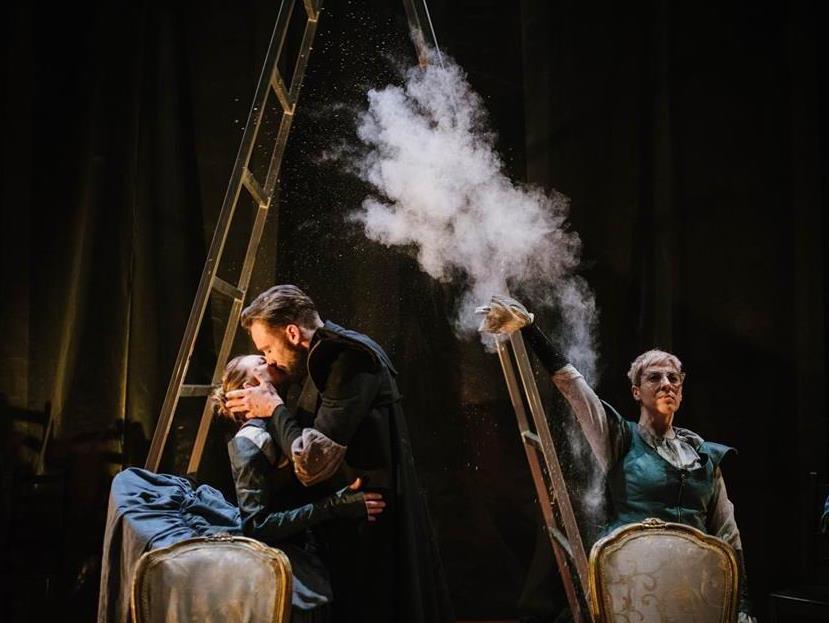 The Danger Ensemble’s The Hamlet Apocalypse could be seen as a meditation on a question: how would you choose to spend your last night on earth? Most people would probably try to fill those last few precious hours with the things they love most, things which imbue their life meaning. For a dedicated group of actors playing fictionalised versions of themselves on the eve of the apocalypse, it’s staging Hamlet.

The Hamlet Apocalypse plays out like a non-linear staging of scenes from Shakespeare’s Hamlet, punctuated with moments of rambunctuous absurdity and actors breaking the fourth wall to bicker about performance intricacies and reflect on their respective life journeys. The segments of straight-up Shakespeare are solidly enjoyable, and I’d be interested to see all of these actors in a more conventional version of Hamlet. The moments of surreal metatheatre are thoroughly engaging, vigorously phyiscal and in turn hilarious and poignant. Each of the members of the ensemble perform to the ends of their range and beyond, employing every tool at their disposal. They use their bodies to speak as much as their voices, there’s great use of blocking, and they interact as a unit with natural chemistry and rapport.

Thomas Hutchins as Claudius commands the scenes he’s in literally and figuratively with a statuesque physical presence, a voice bell-like in its resonance and an effortless facility with the Shakespeare material. Mitch Wood as Hamlet is a little green, but proves he can striptease with the best of them (it’s that kind of staging of Hamlet). Chris Beckey plays Guildenstern and the ghost of Hamlet’s father with the understated power of a master of his craft.

The titular feature of the apocalypse is only present in the form of a jarring countdown motif, arresting and terrifying each and every time. Although The Hamlet Apocalypse isn’t so much a play about the apocalypse as it is one that uses the apocalypse as a lens and framework to explore other themes, I feel as though weaving more of it into the show somehow could elevate it to another level.

The set is simple but effective, and clever use is made of props — in particular, wine and dust — to create visually striking images and scenes as hard to forget as it is to describe. A sense of ominous forboding is provided by Dane Alexander’s eerie soundtrack, working with Ben Hughes’ lighting to impart a dream-like quality to the show.

The Hamlet Apocalypse is both a homage to Shakespeare and a testament to the power of live theatre, using all the tools unique to theatre to provide a experience that can’t be imparted from a screen. It’s intimate and immersive, live and pulsing, and the risks and messes you see on stage are real and dangerous.