MELBOURNE FRINGE FESTIVAL: A cabaret-style tribute to the unique musical talents of Neil Hannon and The Divine Comedy.
Samantha Wilson 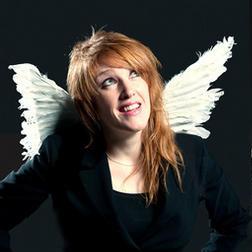 Neil Hannon and The Divine Comedy remind me of that peculiar time in the Eighties when a musician could meld together any series of genre-bending ideas and quite easily cast them into the welcoming arms of any number of eager listeners. One only has to think of Laurie Anderson’s ‘O Superman (For Massenet)’ – a song that is both brilliant and, if you are driving, makes you want to crash into the nearest brick wall by the seventh minute – which, in 1981, spent a week at number two in the British charts.

The Divine Comedy were and are a strange little band that wrote songs about public transport, bondage loving knighted public officials and gin soaked boys, and it’s this storytelling element that imbues the Melbourne Fringe show The Divine Cabaret.

Geraldine Quinn, Mark Jones and Karlis Zaid belt out a striking tribute to the group, but the beauty of the show is that the three singers, as well as the magnificent backing band are such consummate musicians in themselves that you don’t need to have a lick of an idea who the Divine Comedy are. I barely did, save for a few cheeky downloaded tracks so I could pretend to know what I was talking about.

The sense of Hannon’s original vocal style easily translates to the live, cabaret tinged performance that is given by Quinn, Jones and Zaid. Jones is also on keys, but the three vocalists beautifully spot each other’s solos with great harmonising. There wasn’t an off note in the evening, something that is usually expected with any performance.

There is an attempt by the three to construct a narrative, woven between the songs, coupled with a peculiar sense of humour that you can guess has been inspired by Neil Hannon, sometimes making you wish you understood the joke a little better. At the end of songs you find yourself trying to concentrate on the frenetic storytelling coming from one of the singers before you finally realise the reason it’s so hard to focus – the other performers have also launched into a barrage of noise at the audience, so that the stage is transformed into a chaotic storytelling battle, rattling along, descending into confident silliness. I liked the slow burn of it; it’s unexpectedness.

And gosh could the singers really wail. It especially came out when Geraldine Quinn sang ‘Thrillseeker’, with the other singers hanging back, happy to harmonise as she took over the stage, always on the edge of really physically thrashing about. Karlis Zaid was more self-contained, his gaze outward as at a target, especially when recounting the sexual dalliances of an unnamed knighted public servant (excuse me if I’m not sure of the name of the song, it felt weird to try and steal a set list). Mark Jones only once ventured out from behind his keyboard to tell a spoken word tale of what was lurking in his woodshed, other times approaching his singing with a more casual air that belied the intensity of his vocals.

This was a show of seemingly effortless musicianship that had a startling and vivid air, and a damn good, if subtle, sense of humour too.

Samantha Wilson is a freelance writer and poet. She also co-founded SNAFU Theatre, and has directed all eight of its productions, including Month of Sundays (2007), The Beginning of the End (2008), and both the Melbourne and Edinburgh Fringe seasons of Murder at Warrabah House (2011).