Puppetry with existential angst; not for the easily offended but incredibly moving and powerful.
Lynne Lancaster
[This is archived content and may not display in the originally intended format.] 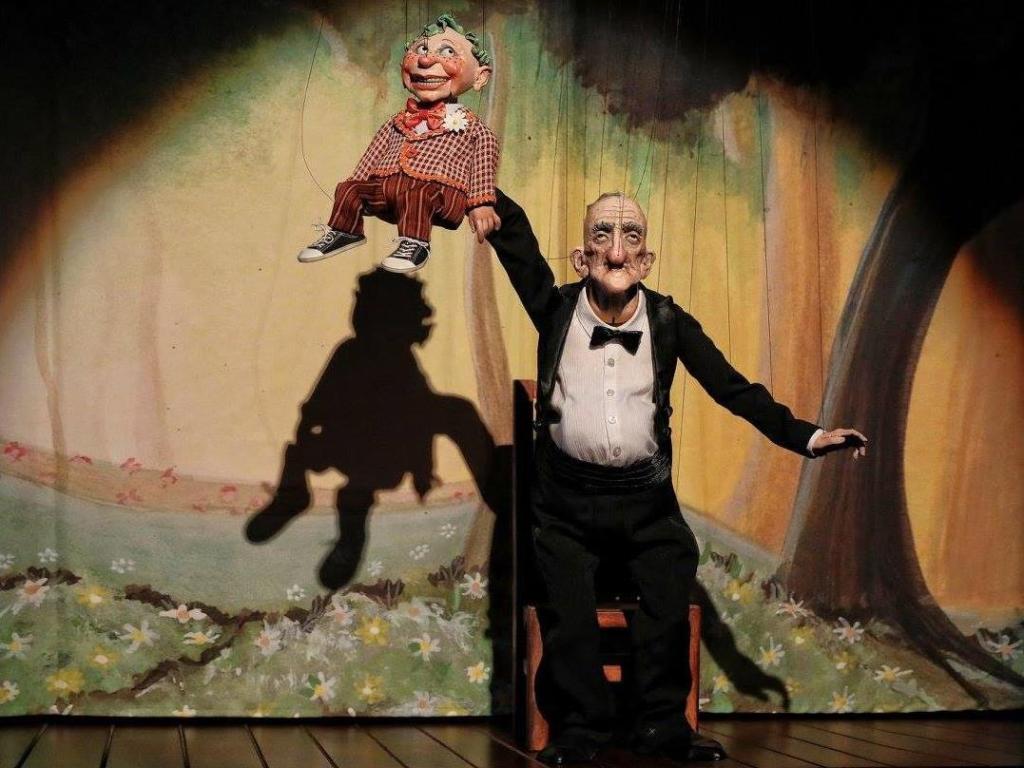 Canadian puppet maestro Ronnie Burkett had the opening night audience eating out of his hand with his extraordinary production, The Daisy Theatre, as part of Sydney Festival.

Burkett has been running his Theatre of Marionettes for 30 years, performing all the puppetry and voices himself. In The Daisy Theatre no two performances are the same, as some 40 characters lurk backstage: a ramshackle cast of assorted drunks, loudmouths, misfits, various faded divas and artistes of dubious repute, who appear according to Burkett’s whim and the atmosphere of each performance. (At one point the audience gets to choose which of three divas makes an appearance in the spotlight.)

Burkett’s attention to detail is astonishing, his skill incredible. At first The Daisy Theatre has a somewhat cursory, improvised feel that hides the sensational talent and smooth scripting underpinning the show. There are lots of references to vaudeville and some of the vignettes parody opera, music hall, Las Vegas and French cabaret. At times we forget Burkett is there because the puppet characters are so alive.

The production itself unfolds in a series of entrancing vignettes. One of the main characters is the enchanting, wingless fairy child, Schnitzel, who is accompanied by an abusive minder called Fritz. Fritz and Schnitzel have a discussion about left/right politics but all Schnitzel wants is his wings back.

A highlight comes when Schnitzel climbs the curtain (enthusiastically cheered on by the audience) to confront Burkett about his Creator-like bias and request his wings back. The audience sighs in empathy when poor Schnitzel is cruelly regarded by Burkett. Schnitzel’s appearance at the end brings everything full circle and his closing monologue is full of exquisite pathos.

Dressed in a stunning white and silver Erte-like outfit, Miss Esmee Massengill is an aging theatrical diva who insists the audience cheer, stomp and whistle when she makes her appearance (we do, most enthusiastically). She naughtily performs on the bare chest of one of the volunteers as well as demanding mouth to mouth.

Other characters include the foul mouthed Rosemary Focaccia, a frenetic, Italian-American lounge singer with a gravelly and smouldering voice; Randy Rivers, with her smoky jazz vocals; and the vibrant Woody Linden, a ventriloquist’s dummy, whose eyes can no longer move because his almost expired human companion, Meyer Lemon, can’t move all his fingers anymore. When Meyer falls asleep, poor Woody has an existential crisis – is there life for him after Meyer? What is he going to do if Meyer dies?

Also featured is an overlong, somewhat rambling monologue by Mrs Edna Rural, an aging farmwife from Turnip Corners, and Jesus Christ Himself even makes an appearance that may or may not constitute the Second Coming. He provides a witty if risqué line of Jewish humour, including the fact that he ‘hates Easter with a passion,’ and delivering the 11th Commandment: ‘Don’t be an arsehole’.

Costumes – especially those of the divas – are glorious and incredibly detailed, dripping with fringes, boas and pearls. Some of the most astonishing puppetry occurs when Burkett’s characters manipulate other items – like burlesque artist Miss Polly Wiggler raunchily disrobing, or another character using a Zimmer frame. Audience participation is also featured, with a couple of audience members conscripted as ‘volunteers’ to help with two of the acts.

Parts of the show are bawdy and risqué and could potentially be regarded as offensive by the sensitive; certainly there is plenty of strong language, as befitting certain characters. However, the satirical production is a superb mix of the dark and bleak combined with the lyrical and poignant; an examination of the philosophy of life and art and the magic of the theatre.

This is a thought provoking, revue-style production, not a ‘traditional’ puppet show, and while certainly not for children it is incredibly moving and powerful.