Chekhov’s tragicomic classic gets a more modern treatment focusing much more on its tragic dimensions.
Glen Falkenstein
[This is archived content and may not display in the originally intended format.] 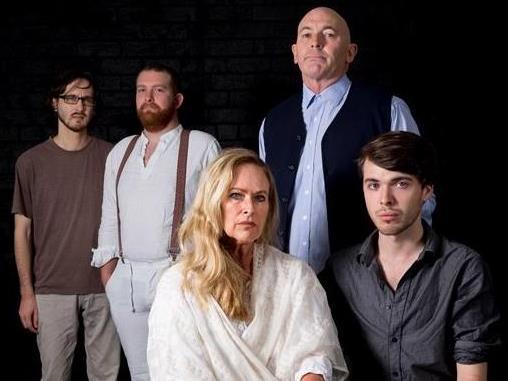 Chekhov’s tragicomic classic gets a more modern treatment with the New Theatre’s production of The Cherry Orchard, focused much more on its tragic dimensions than its inbuilt lighter fare.

Revolving around an aristocratic family returning to their estate and now slaves to socio-economic forces like many before them, romance and change abound in a play hugely symbolic of shifts in Russian society at the turn of the 20th century.

Alex Bryant-Smith deftly traverses the stage as Lopakhin, matched only by Sarah Chadwick (Ranevskaya) in a lead role. Their scenes and interactions prove the most compelling of the play, not least of all when it comes to one of the story’s penultimate revelations in Act three.

The set is distinctly bleak and waning, reflecting the tragic aspects of the narrative more than the colourful characters or sharp humour which typifies so much of the story. With many of the comic moments falling flat, less so with the elements centered around physical humour, the devastating aspects of the play are significantly emphasised at the expense of the lighter reprieves evident in the text.

A musician to the side of the action accompanies the animated goings-on, halting the score for dramatic effect in one of the production’s livelier innovations. Too playing an oft-vivid counter to some of the character’s machinations and plot developments ala the title character in Fiddler on the Roof, most noticeably in an altogether surprising deed in the final act, the musician’s presence, mostly adjunct to the action, is sadly underutilised.

Wisely updating aspects of the production, notably the role of Lopakhin to more closely resemble a 21st-century wheeler-dealer, parts will resonate, while aspects of the staging, notably the conclusion, era-specific dialogue and fleeting allusions to 19th century Russian mores will not engage every modern audience.