The Aspirations of Daise Morrow

A fun, creative and original production of a short story by Patrick White, Australia’s only Nobel laureate.
David Finch
[This is archived content and may not display in the originally intended format.] 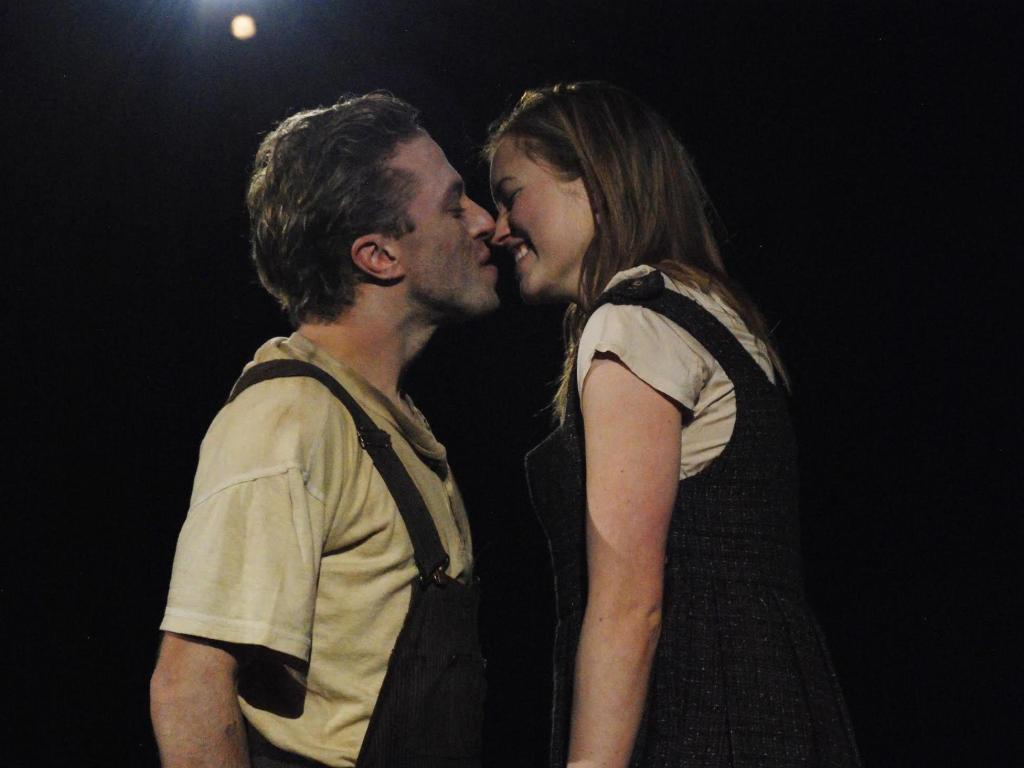 Brink Productions’ The Aspirations of Daise Morrow is the fun, creative and original production of a short story by Patrick White, Australia’s only Nobel laureate.

Paul Blackwell, Kris McQuade, James Smith and Lucy Lehman narrate and portray multiple characters in this late 1950’s rural Australian ocker tale ostensibly about locals attending the dump-adjacent funeral of local woman Daise Morrow. The play is based on White’s short story titled ‘Down at the Dump’ and that name is a far more suitable and accurate title for the content contained within it.

The floor of the Space Theatre is covered with turf, giving the room an earthy, pastoral feel and smell. The audience sits on (uncomfortable) foldable wooden chairs positioned in four rows of concentric circles around a very small clearing. Due to the lack of a raised stage, those seated in the back two rows cannot see what is occurring in an admittedly short scene when two of the characters acting close to the floor of the clearing.  Similarly, because so much of the play takes place amongst the rows of the seated audience many in the first two rows find themselves often twisting and turning sideways and behind themselves to see who is saying what and where; a problem that is perhaps exacerbated by the fact each cast member plays multiple roles as well as proving narration.

A large white canvas canopy stretched over the stage and the audience is well-lit by Nigel Levings and creates a moody changing sky above the proceedings. The canopy, the lack of a formal ‘stage’ and the larger than usual distance between the rows in the audience combine to create a sense that instead of being observers separate from the action, the audience are instead townsfolk copping a squiz at this mournful, but unabashedly social rural event.

Interspersed throughout the audience are the four musicians from the Zephyr Quartet.  The lively and evocative music they composed and play effectively drives the narrative, is entertaining, and creates a unique sense of place. The production would be severely diminished without their contribution

Blackwell, McQuade and Smith are all talented performers and provide very good performances as expected, and Lehman, in her first professional role, shows great promise.

Due to the word-for-word ‘theatricalisation’ of the short-story’s text the play is less dramatically engaging than it could be; the audience is never given an opportunity to adequately immerse themselves into the world of the play and invest in the multiple ephemeral characters each actor played.