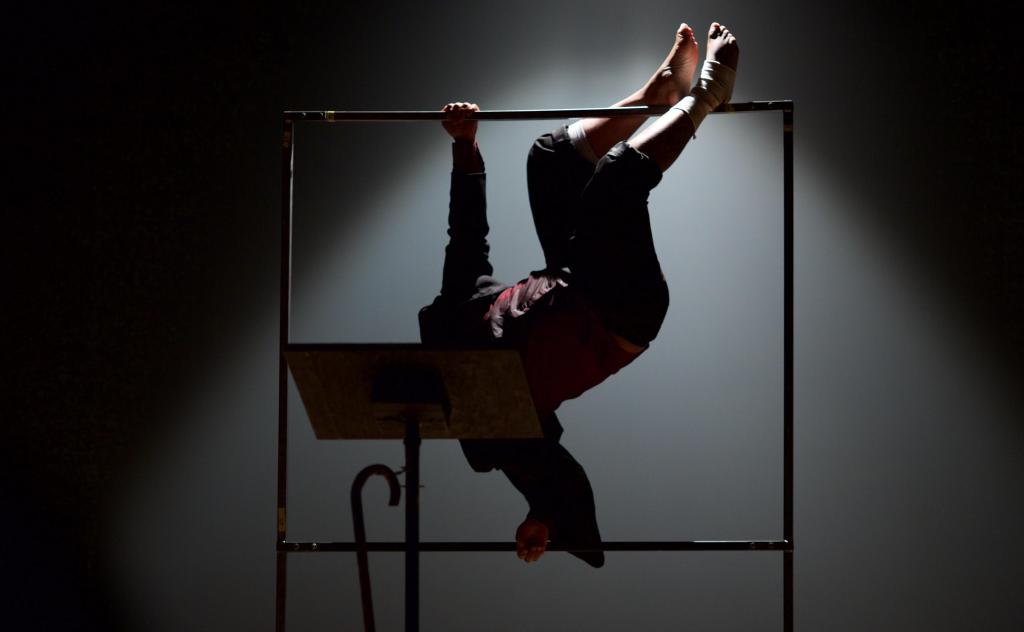 Kafka’s Ape comes to Australia after winning the Silver Ovation Award at the South African National Arts Festival in 2015 and the award for Best Public Performance at the HSS Awards, 2018. Photo: Mark Shiganana.

Perth’s Fringe World, now the third largest globally behind Edinburgh and Adelaide, leaves festival goers spoilt for choice with its massive line-up across art forms and genres at venues through the greater Perth area.

Taking Franz Kafka’s short story, A Report to an Academy, Tony Bonani Miyambo presents a metaphor of contemporary South Africa through stunning physical theatre. He delivers dense text with casual physicality and incidental slapstick humour that highlights devastating observations about the true nature of humanity. With neatly interwoven political references, this early 20th Century monologue is an unlikely, yet well-selected piece to spark thought in contemporary audiences. Audiences will have the opportunity to see Miyambo’s highly controlled body movements in Adelaide as the show tours.

Prog rock is sadly neglected in today’s mainstream music scene. St John Cowcher strides in on 7-inch platform boots to fill the void, blasting Loki’s narrative of Ragnarøkkr through epic chapters. Cowcher’s laconic accents direct the tale, with Gracie Smith making magic on the drums as Loki’s daughter Fenrir the wolf and Joe Paradise Lui blending long notes on his guitar with haunting vocals as his son Jörmungandr the snake. Together they take the journey from captivity to Hel and the final battle of Ragnarøkkr itself, with a sly dig at gods sleeping while the world burns. Travelling to Adelaide, this is a loud sonic and visual blast of original music and timeless storytelling.

With her one-on-one performance experience, Jen Jamieson takes small groups through an interactive workshop to consider responses to casual mental health challenges. Participants are encouraged to reflect on their relationships and difficulties communicating needs in a moment, without creating confrontation or escalating the existing difficulties. With a formal presentation, participants receive a set of sharing cards to present in times of difficulty, with a handy carry case. Jamieson looks to develop the work further, with an expanded incarnation at PICA expected in 2020.