Lucy Kirkwood goes back to the basics of social drama to discuss the complex issue of climate change.
Ann Foo
[This is archived content and may not display in the originally intended format.] 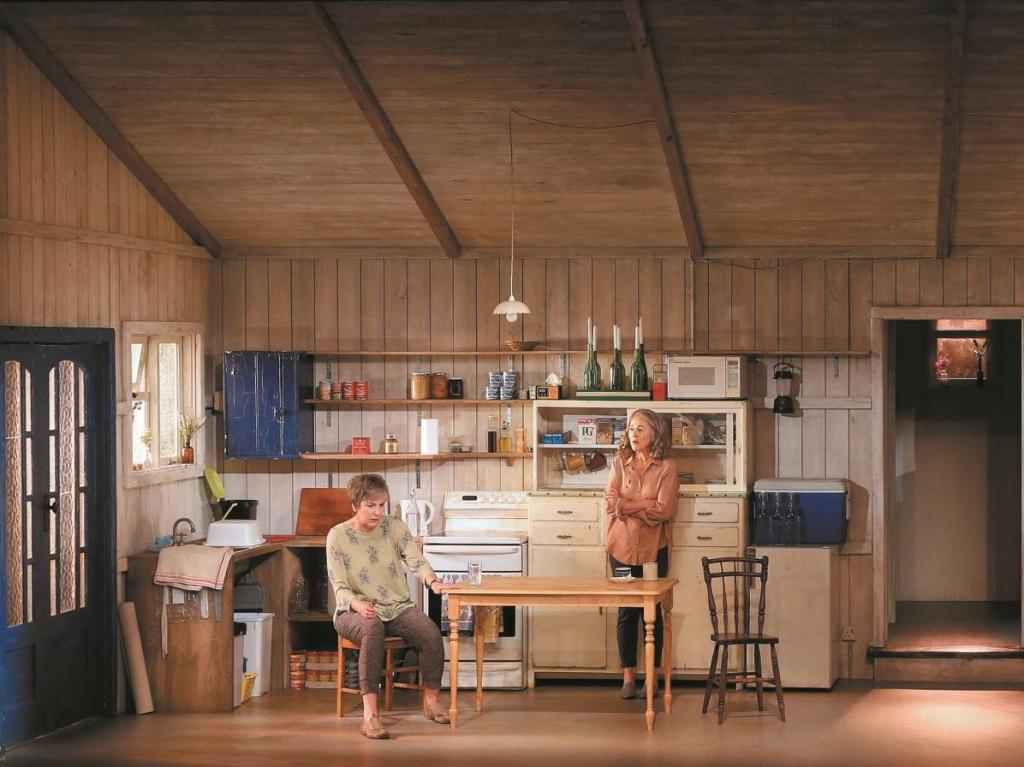 Two retired nuclear scientists, Hazel (Pamela Rabe) and Robin (William Zappa) live in a beachside cottage in the UK, just outside a nuclear exclusion zone. They’ve adapted to a post-nuclear world by settling into a comfortable routine of yoga, salad dinners and moonshine, until one day unannounced, a former colleague Rose (Sarah Peirse) blows in from the US. Against a post-apocalyptic backdrop, a social drama rife with moral ambiguity plays out between the three characters, and questions of their social responsibility to each other and humanity unfold.

Lucy Kirkwood’s The Children clearly draws inspiration from the meltdown of the Fukushima power plant in 2011, but whilst the scenario might be replicated, it is ultimately a character piece. Rabe, Peirse and Zappa make up an impressive trio, bubbling with subtext of unrequited love, familial duty, jealousy and resentment whilst sharing polite cups of tea on the surface. They are not friends, they’re more like the family that didn’t chose each other, but were simply thrust into the same workplace 30 years ago. Yet, the walk down memory lane brings some tenderness and a glimmer of hope for reconciliation.

The first half is peppered with classic dry British wit with some hilarious one-liners. We’re dropped straight into the action without the benefit of any setup or introduction to the scenario, just after Hazel greets Rose with a fist in the face. It is refreshing as an audience to not be ‘dumbed down’ to, and the challenge of keeping up with the action is very engaging. Drama unfolds through passive aggressive dialogue and the multilayered nature of their relationship is revealed with masterful rhythmic timing. It is the relationship between Hazel and Rose which is most compelling. Wife and mistress, mother and daughter, teacher and student, roles are constantly reversing between the two upon the rich context of ageing and self-reflection.

Elizabeth Gadsby’s sumptuous set design is a pleasure. Hazel and Robins’ quaint cottage is homely and familiar, but the tiny self-contained space is deep-set into the black void of the wide stage, giving it the claustrophobic feel of an underground bunker. Simultaneously, the void implies spacial expanse, teamed with Paul Jackson’s lighting design which echoes the rhythms of the ocean just outside the cottage, juxtaposing life with death, freedom with imprisonment. It is a design which marries extremities, and within that framework, the task of reconciling moral paradox becomes possible.

Just a few flaws hold The Children back from perfection – a dance sequence which is a tad too long. Hazel’s change of heart comes a little too quickly and in too extreme a manner, considering the stubborn and deliberate character which Rabe portrays with such conviction. Yet, these character’s are so wonderfully watchable that flaws are easily overlooked. With The Children, Lucy Kirkwood goes back to the basics of social drama to discuss the complex issue of climate change, a debate which is often too far removed from the human experience to have much traction. The tactic of playing out a scientific debate in a social context is nothing new, but it is rarely executed with such empathy and subtlety, such that the moral directive of the story sneaks up on you subconsciously. In the end, we are all children, and hence capable of learning and growth. This is the hope that we harbour for the sake of the world and ourselves, and the dream we keep alive for generations to come.