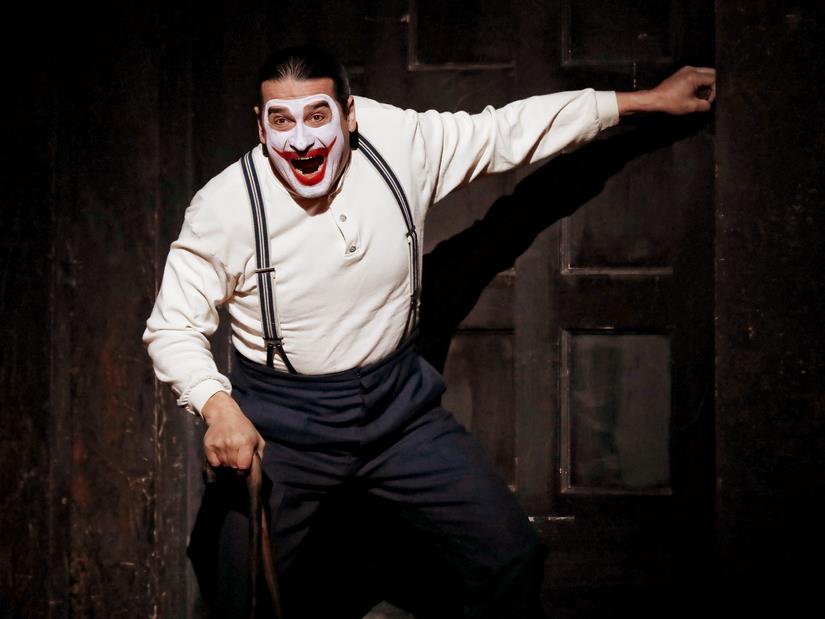 This Elijah Moshinsky production of Rigoletto was first performed in June 1991 by Opera Australia, only to be retired for Roger Hodgman’s incoming version in 2014 – which has been described as more ‘understated’ than Moshinsky’s opulent excesses.

However, it was perhaps that very opulence, punched into luscious reality with Michael Yeargan’s revolving set that seemingly sweeps audience along in its magic, which was the reason Moshinsky’s production was revived this year.

As a friend sitting nearby turned to me at the end of the second Act and exclaimed: ‘I don’t know how many times I have seen Rigoletto, but I still love it.’

Moshinsky’s production has that affect. It bursts with colour. And with a solid trifecta in Dalibor Jenis performing the role of Rigoletto, Gianluca Terranova as the Duke of Mantua and Irina Lungu as Gilda, this production is as energised and polished as ever. It feels anything but stale.

The story is a classic tragedy. A powerful man’s pleasure comes at the cost of another’s pain, all delivered in an inflated world of self-indulgence and mean-tempered bullying.

While this production is set in the 1960s – and Verdi’s opera much earlier (The Italian libretto was written by Francesco Maria Piave based on the play Le roi s’amuse by Victor Hugo) – the tale is timeless and, if anything, has an even greater currency today in the climate of #metoo, self-absorbed power and cyber bullying. An environment where preying and deceit is a toxic sport.

The story revolves around the licentious Duke of Mantua, his hunch-backed jester Rigoletto, and Rigoletto’s beautiful daughter Gilda. Slavic Baritone Dalibor Jenis is outstanding as Rigoletto, his voice powerful and yet sensitive in his monologues; his great range and theatrical delivery easily met the demands of this classic opera role, and made it his own. It is his debut of the role in his repertoire, but handles it like a well-oiled rig.

On opening night Italian Tenor Gianluca Terranova returned to the role of the Duke and delivered a great portrayal. In the first Act he nailed the aria Questa o quella (This woman or that), arrogantly touting the pleasures of a life with many women.

Russian Soprano Irina Lungu was beautiful as the gentle Gilda, in her Opera Australia debut. Her torment at the end of Act Two, where she is pulled from the Duke’s room at the palace and pleads for her love while Rigoletto swears vengeance against the Duke, Sì! Vendetta, tremenda vendetta! (Yes! Revenge, terrible revenge!) was a great crescendo before the intermission curtain.

But this opera ends in a fury of jealously and revenge. I suppose its greatest lesson is that such tactics will only bring heartbreak. Rigoletto having arranged the assassin Sparafucile (Taras Berezhansky) to kill the Duke, his sister – the sultry voiced Maddalena (Sian Pendry) who has taken a fancy to the Duke – convinces him otherwise.

Gianluca Terranova as the Duke of Mantua and Sian Pendry as Maddalena in Opera Australia’s 2018 production of Rigoletto at Sydney Opera House. Photo: Prudence Upton

Sparafucile instead kills Gilda – dressed in disguise as a man passing through. In triumph Rigoletto disposes of the corpse, which is wrapped in a sack, when he realises it is his daughter, and not the Duke who lays on death’s doorstep. She sings V’ho ingannato (Father, I deceived you) happy to die for her love, the Duke. She dies in Rigoletto’s arms as he cries out in horror: La maledizione! (The curse!).

It is hard to get an opera like that wrong. It ticks all the boxes in terms of voice and staging, a fabulous balance between an engaged chorus, tightly performed orchestra and punch-pop stand out arias and duets.  It even has what has become Opera Australia’s famous car scene on stage.

Splurge and have a great night out – it is worth it.