A welcome appearance of a French rarity conducted by a connoisseur.
David Barmby 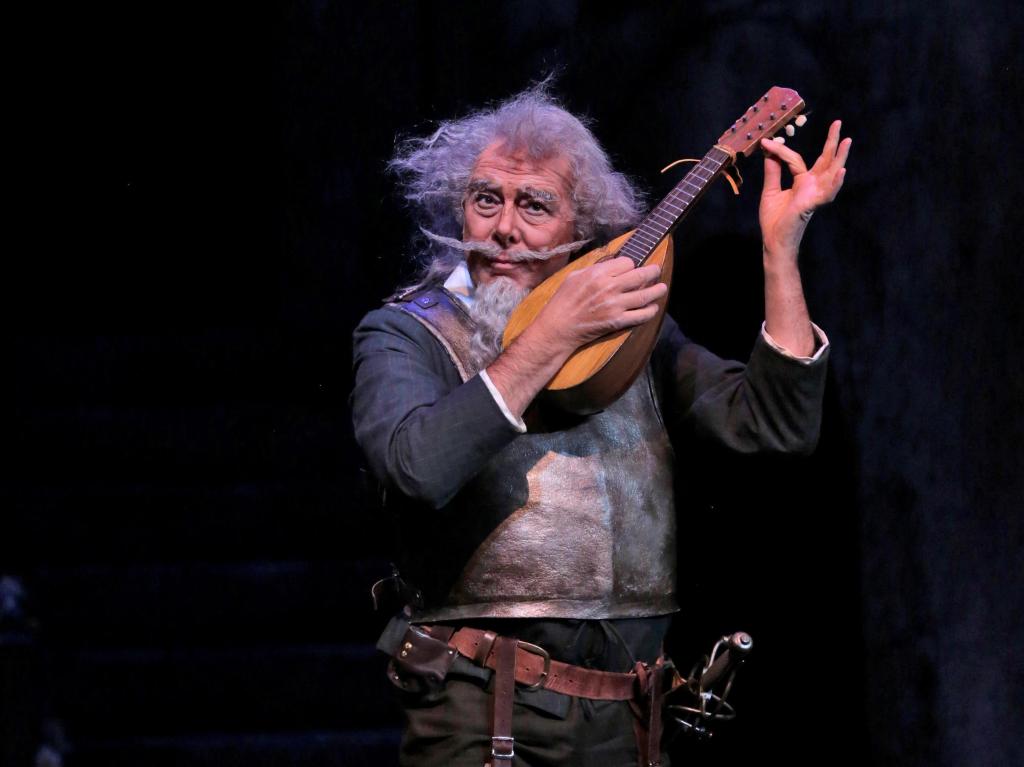 Jules Massenet (1842-1912) once held sway as one of Europe’s most famous and influential composers of opera.  In part owing to the rise of Modernism, the Belle Époque opulence and charm of his thirty or more works in this genre quickly fell out of fashion following his death.  Apart from Manon and Werther, his operas are rarely performed today.  In 2017 we were fortunate to hear his exotic Thaïs as a concert performance in Opera Australia’s season and in a separate orchestral performance by the Melbourne Symphony Orchestra under Andrew Davis.  The comédie-héroïque Don Quichotte was written in 1910 at the end of Massenet’s career, with its libretto in French by Henri Caïn based on the play Le chevalier de la longue figure by Jacques Le Lorrain after the celebrated 17th century novel Don Quixote by Miguel de Cervantes.  First performed at the Opéra de Monte-Carlo, it was written as a vehicle for the world-famous bass Feodor Chaliapin.

The story is of an eccentric and anachronistic knight-errant approaching decrepitude who falls in love with a vain and thankless young local beauty.  Eager to prove his still strong chivalric virtue, he travels to retrieve her stolen necklace from a bandit, returning it only to have his matrimonial advances mocked and rejected, whereupon he dies of a broken heart.  This might seem less than adequate to sustain an opera, but the work is an unusual compilation of dramatic vignettes, its sometimes innovative but always tuneful orchestral music often serving to set the scene.  This sporadic structure was only emphasised by the projection of distantly related excerpts of the original novel before each act.  It proved to be a strangely dated piece, an odd mixture of comedy, religiosity and tragedy.  Perhaps the composer, writing the work from his sick bed two years prior to his death, related to the wearying comic-heroic protagonist since at the same time he was infatuated with the French mezzo-soprano Lucy Arbell, half his age, who created the role of La belle Dulcinée.

The success of any staging of this opera depends on the ability of its lead role and on this occasion bass Ferruccio Furianetto excelled as the ageing Don who is still subject to amorous fantasy thoughts and capable of heroic deeds.  Furianetto is experienced in the role and indeed this production (John Sheedy, revival director, Ralph Funicello, set designer and Missy West, costume designer) was custom made for him by San Diego Opera and later used by Chicago Lyric Opera.   The sets and costumes were quaint and effective, even if only basically so.  The setting is ‘old Spain’ but we are hardly in Alhambra.  Furianetto’s bass was as smooth and sonorously warm as finely polished wood, though occasionally he was under the note.  Although I found the dramatic realisation sluggish at times, he maintained an integrity in the role.  His Quand apparaissent les étoiles (in Act 1), Seigneur, reçois mon âme (Act 3) and final Prends cette île were all well sung and convincingly acted.

He was well-matched on Wednesday night by Warwick Fyfe as Sancho Panza, the Don’s fat, comic and devotedly loyal companion.  Fyfe’s baritone is a fine instrument, his acting skills second to none.  His Comment peut-on penser du bien de ces coquines (in Act 2) was superb and the final star-lit scene with his expiring master was genuinely moving.  In a character at once flirtatious, capable of both tenderness and mocking cruelty, though always susceptible to sudden bouts of boredom, Sian Pendry was a wonderful La belle Dulcinée, her honey-golden mezzo reaching an apex in Lorsque le temps d’amour a fui of Act 4, followed by the guitar-accompanied Ne pensons qu’au plaisir d’aimer (Gerard Mapstone, onstage guitarist).  Throughout Qui, je souffre votre tristesse we could have done without the competing ballet, finely choreographed though it was (Tomás Dietz, choreography).  The chorus as usual was in top form (Anthony Hunt, chorus master) maintaining a consistently vivacious and engaging stage presence.  Graeme Macfarlane as a stirring Rodriguez, John Langmuir in excellent voice as Juan, Jane Ede as mischievous Pedro and Anna Dowsley as Garcias were all well cast and effective in their roles.  A highlight came in the bizarre Act 2 when the Don famously mistakes whirling windmills for evil giants and thereupon responds to their challenge with force, only to be caught up by one of the sails (brilliantly lit by Marie Barrett, lighting designer), and all to an accompaniment decorated by a woodblock.

Warwick Fyfe as Sancho Panza and chorus in Opera Australia’s 2018 production of Don Quichotte at the Melbourne Arts Centre. Photo by Jeff Busby.

This is an unusual period piece with issues to resolve in terms of translation and relevance to the taste of a contemporary audience.  A strongly Roman Catholic presence is never far away from this composer’s operatic work and the bandits’ scene here (Act 3) was pure Massenet where the sword-bearing criminal rabble assault Don Quichotte and rope him to a tree stump intending malicious harm.  Fearing to be crucified, he pleads before his captors to the accompaniment of an organ that his soul be allowed to mount to heaven.  The bandits are so moved they kneel and begin to chant in a monkish monotone, accompanied by celestial strings.  We may well find this hard to take seriously. And yet specialist conductor Guillaume Tourniaire realised the work with tenderness and deep respect for its integrity, encouraging a fine performance from Orchestra Victoria.