The bad boy of classical music shows his jazz chops in a dazzling display at the Festival Theatre.
Dr Diana Carroll 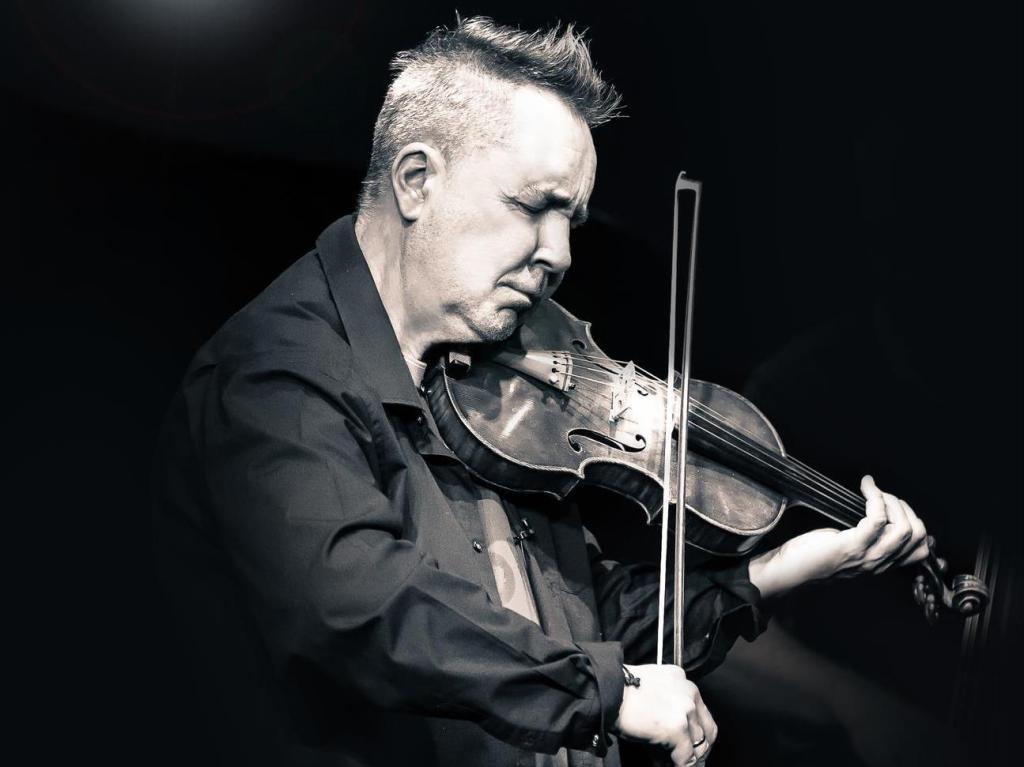 The master musician Nigel Kennedy bounces on stage already fiddling, a little late but unapologetic, all punk hair and boyish swagger. He may be due to claim his old age pension but he’s still a lad at heart. Sporting his beloved 32Red soccer shirt, Kennedy possesses that professional English blokeyness typified by the likes of Jamie Oliver, with lots of easy banter and fist-pumping his musos.

All this seems self-indulgent, but when you’ve won every musical award you can think of and have one of the best-selling classical recordings of all time to your name, then why not? And that’s where the affectation stops. Kennedy can play and that’s all that matters. Once that bow is raised, the audience is mesmerised. There is an earthy physicality to his playing that belies his immense skill, passion, and versatility.

Kennedy was joined on stage by four players who all shared his relaxed approach. Long-time collaborator Piotr Kulakowski was a central figure on double bass, with Peter Adams on cello, guitarist Rolf Bussalb, on 6- and 12-strings, and Howard Alden who is one of the greatest jazz guitarists of the day. Kennedy moonlighted on the Steinway Grand, showing his considerable flair as a pianist.

This recital featured an eclectic program. Works by JS Bach and George Gershwin book-ended Kennedy’s own composition The Magician of Lublin. Bach’s divine Concerto for Solo Violin made a beautiful beginning and demonstrated Kennedy’s brilliant touch.

Next came The Magician of Lublin, inspired by the book of the same name by Isaac Bashevis Singer and dedicated to the Jewish community of Poland where Kennedy has lived and worked for the last 20 years. Hints of klezmer music and Romani ghosts infused the entire program. Throughout the recital, Kennedy paid tribute to his musical mentors, including the great Stéphane Grappelli, who first introduced him to jazz, and Yehudi Menuhin who recognised his talent when he was only six years old.

After the interval, Kennedy was even later coming back on stage, the theatre doors being shut long before the star reappeared. Then it was into Gershwin with florid interpretations of these much-loved standards. Kennedy and the band segued smoothly between ‘They Can’t Take That Away From Me’, ‘Rhapsody in Blue’, a selection of riffs from Porgy & Bess, a brief detour into ‘The Man I Love’, before rounding out with ‘How Long Has This Been Going On’ and ‘Lady Be Good’. The audience loved these and wanted more. But be careful what you wish for with Kennedy, who will keep the encores going as long as you keep applauding.