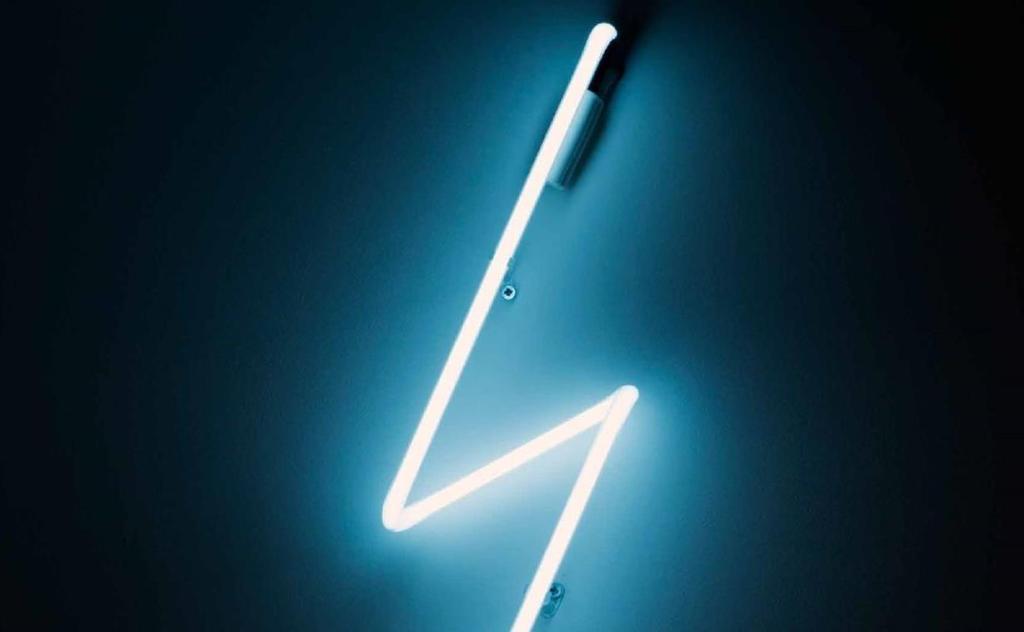 Celebrating the work of contemporary Australian women artists, the Mini Monograph series showcases images from an individual artist’s oeuvre along with an essay by a prominent author working in a parallel field. Mindfully presented using single image pages or paired to form a conversation, the books present as a meditation on a particular artist’s creative life.

Book 3 of the series showcases the work of Nell, a Sydney artist born in Maitland NSW, 1975. Nell’s artistic practice spans a range of creative mediums from performance and painting to music, installation and text. Using signature motifs such as the egg shape and the drip to flames and lightning bolts, Nell explores her passion for the rock ‘n’ roll music of her youth to the contemplative life of Zen Buddhism: these dichotomies adding both tension and reflective of a wry humour.

In his essay for the book, the singer, songwriter, author and co-founder of the successful late 1970s rock group The Go-Betweens, Robert Forster, suggests that the ‘boldness and directness and humour and questing spirituality,’ [expressed through her art is] ‘found in the best rock ‘n’ roll’.

The first work of the book, Unlimited Radiance, (2001), made from sequins, pins, acrylic on cork and mounted on MDF, is a large-scale wall installation depicting a sunset reflected across water. The image consists of 20,000 sequins and references, among other things, the glam rock era of the 1970s. Silver, gold, yellow, orange and red sequins that would ripple in the breeze of an industrial fan in a gallery setting take on a different aspect as a still image. Through contemplation however, the scene quietly reveals the beauty and power of a moment soon lost.

The Perfect Drip, (1999), made from enamel on fibreglass, polyurethane foam, wood and polyvinyl chloride pipe, also contemplates these temporal themes that reoccur throughout Nell’s work. Suspended in the moment, this large-scale sculptural installation in silver emulates a liquid metal oozing from the gallery ceiling in one enormous drop; forever captured in the moment. There is a quiet humour in this work’s gravity defying feat as much as its ability to cause one to pause for deeper contemplation at the passing of time, like a drop, goes unnoticed.

Let There Be Robe, (2012), brings together both spiritualism and rock. This installation explores the notions of the scared and the profane as a headless mannequin, arms outstretched, stands in a cross-like formation. Dressed in a kimono-like robe made from fan t-shirts emblazoned with the titles of AC/DC albums, the figure, with badges, socks and converse shoes stands surrounded by crosses made from drum sticks; relics collected from musicians and fans, a nod to the cult of fandom, devotion and perhaps a certain irreverence to institutionalised religion.

In his essay at the beginning of Book 5, Colm Tóibín draws from his European heritage to find words and comparisons for understanding Emily Kame Kngwarreye’s work. ‘I look at them with an Irish eye,’ he says. Despite the lens through which he views, Tóibín understands the interconnectedness of things. He speaks of seeing her work as a cartographer might ‘a landscape fully known – physically, viscerally known – inhabited in ways that are spiritual and pure, as well as exact and precise.’

Coming to painting in her late 70s, the artist’s initial training was that of a traditional Aboriginal woman who learnt to create designs for women’s ceremonies. Her training in Western techniques began with batik as part of the Utopia Women’s group in the 1970s and 1980s but it was painting which allowed her the immediacy and freedom to truly express herself.

Untitled, 1992, acrylic on canvas, celebrates the colours of the landscape in which she lives. Soft yellow ochres, cream and varying shades of pink and brown pulse with life through the fusion of dot-like marks. We might look with an outsiders eye and try to understand the image as peaks and troughs of a rocky landscape or we could contemplate the piece in a more mediative way; the mastery of design, the alluring warmth of the colours and the way her mark-making fuses parts of a whole.

Untitled (yam), 1995, acrylic on canvas, is depicted with a monochromatic palette of greys, black and white. A network of line-making, the lighter tone worked over an underlying darker network, creates a complex maze with a suggestion of depth. Another work, Untitled, (awelye), acrylic on canvas, also 1995, the year before her death, comprises paired back imagery consisting of vertical stripes in washed out reds, pinks and greys. Perhaps, in the simplicity of the line she had discovered something of life’s essence.

At the back of this monograph is another essay by Christopher Hodges, a practising artist and director of Utopia Art Sydney. Hodges was pivotal in bringing Emily Kame Kngwarreye’s art to the wider national and international art community in the late 1980s, beyond the remote community of Utopia in the Northern Territory in which lived. By the early 1990s Kngwarreye had become one of Australia’s most celebrated artists. Hodges writes of the freedom in Kngwarreye’s approach to artmaking when he says ‘they were all one with intent and without restrictions or demands.’

Conceived by publisher Kirsten Abbott and developed by curator and series editor, Natalie King, The Mini Monograph Series profile a diverse range of artists and their work. A good size to carry in your bag or have by the bedside, there is something gem-like in these beautifully produced, small format hard cover books.