If you got a chuckle from the title then you are probably going to enjoy this play.
Glen Falkenstein
[This is archived content and may not display in the originally intended format.] 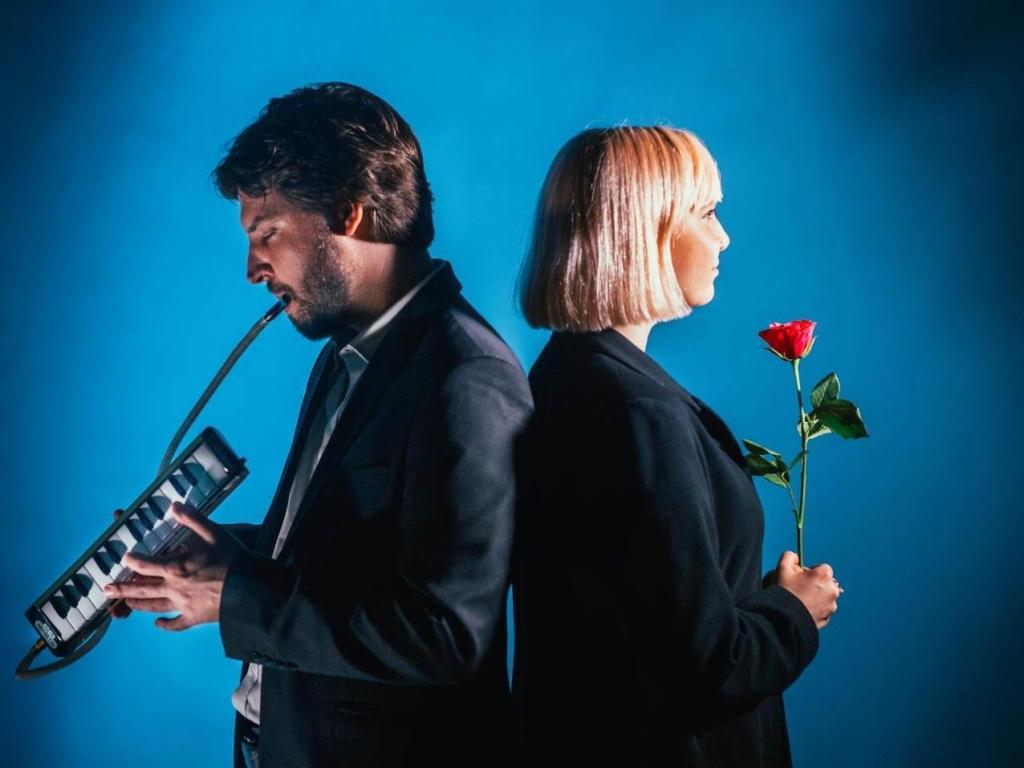 Labelling this a play however doesn’t give the full picture – with the degree of audience participation and destruction of fourth walls witnessed throughout – but, rather it’s a performance piece, and a frequently enjoyable one. Love Song Dedications (without Richard Mercer) is foremost for those who know just what this cast of two are on about.

If you are the type that absently tuned into Mix 106.5 sometime after the mid-90s, the subject matter will be very lost on you. If however you are one of the many (this author among them) who share those fond memories of long car trips as that beautiful voice bristled with utter earnestness at even the most awkward entreaties to love, then you’ll know that the Ten Tonne Sparrow team have nailed their premise.

Whittling down the top 100 most dedicated love songs to the very best, this journey through a cavalcade of now largely passe hits is a gem for those music aficionados out there. Commencing with Bachelor Girl’s ‘Buses and Trains’ (“… so I walked under a bus, I got hit by a train… and it felt so good, I wanna do it again”), the choice is exemplary of that which follows, and sets the scene just as well as any other hit could.

Cycling through some of Australian radio’s favourites and hits you won’t but believe are up there, the ensuing cull is bound to ignite discussion and inflame personal tastes, as it did for this writer when Darren Hayes, Eric Carmen and indeed The Corrs were summarily booted. Reaching several crescendos throughout, the most enjoyable among them emerges as a regretfully isolated segment where the audience is invited to sing along to a tune patrons will surely remember.

Love Song Dedications (without Richard Mercer) benefits from some straightforward and innovative set design to display the audience’s choices and too hilariously recreate one awful video clip.

Propelled by two entertaining leads and an unseen sound designer with excellent timing, Bonnie Leigh-Dodds boundless energy is matched only by her counterpart Tom Hogan’s naturally comic abilities as he navigates some of the productions best witticisms and observational humour.

Erring with some more blatant fourth-wall breaks, which suggests there was less preparation than the otherwise customary audience engagement, the production too falters in the rare moments it tries to suggest a more traditionally dramatic narrative. Recommending itself for the pair’s humorously charged scuttling of beloved classics, when some faux tensions emerge between the leads it is more often than not a distraction from the main goings-on and adds little.

Not for everyone and certainly not for those for whom the name Richard Mercer does not bring a smile or the barest recognition, Love Song Dedications (without Richard Mercer) has a lot going for those who duly groan (and cheer) when their most overplayed and cherished love songs are blasted out for all to hear.