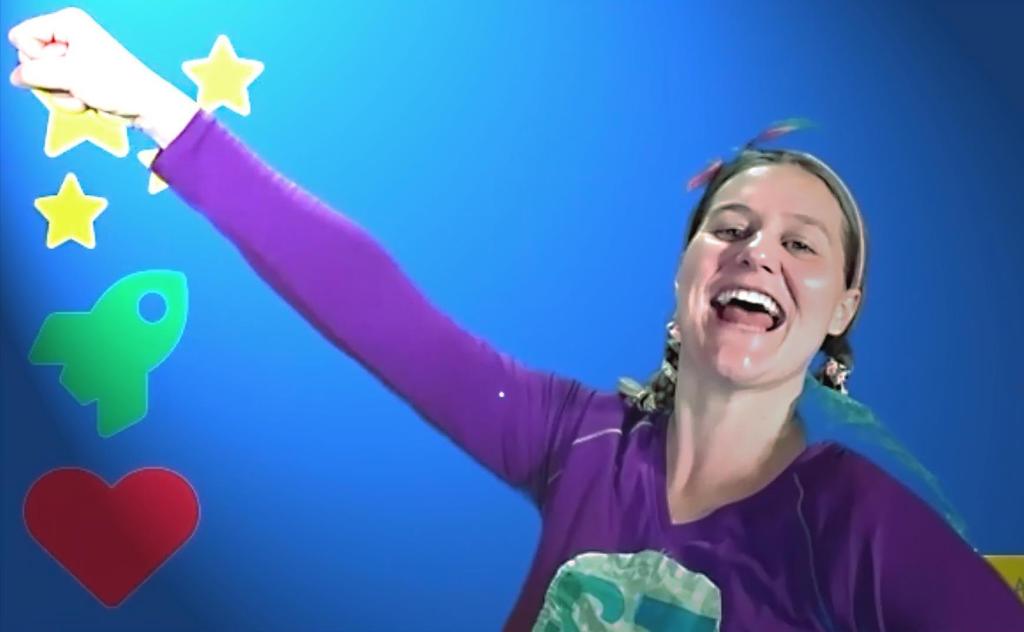 We all know that COVID-19 has kicked the proverbial butts of all those involved in the arts industry, but it has also prompted creatives from across the globe to shift their thinking and dedicate time to experimenting with new projects they otherwise may never have had the chance to create.

A La Mama commission, Super Jenny! is an online video series – made possible by the City of Melbourne’s Covid-19 arts grants – that allows people across Australia and beyond to access content that would have previously only been available to Melburnians, giving the artists and La Mama greater exposure in the process.

Jenny loves mermaids, eating cake, dancing and learning about space from her best friend Ned. Jenny has a secret – she is really Super Jenny! Jenny’s Nanny told her that a superhero is someone who helps others, and Jenny helps her friends and family all the time, which makes her Super Jenny!

Due to isolation restrictions, Monk called upon people who were already in her bubble to assist in being her skeleton crew, including her nieces and nephews and her friend’s children for research.

‘It has been great making a show for children with the help of children. Even though this time of isolation and uncertainty has shut doors for many artists, perhaps there is a silver lining … by having forced rest and a chance to re-group, the world is being exposed to new ways of producing and presenting creative content. I would be quite happy if Super Jenny! became my new employment,’ Monk said in a media statement.

Super Jenny! is a well-considered and thought out show. It starts with an Acknowledgement to Country that has been shaped into a gorgeously simple and repetitive song that should be adopted by Early Childhood teachers everywhere.

It’s simple and not over produced and doesn’t need the highfalutin’ trickery that so many children’s shows rely on. Each episode builds on the content learnt in previous episodes and the inclusion of audio translation makes it clearly accessible to both Australian kids and those learning English overseas, as well as those with different abilities.

Putting on my parental and teachers hat for a moment, allowing time for children to collect and look for various items (shapes, drumming equipment) when activities are mentioned would improve the series, as would granting children more opportunities to fully engage and make the most of the offerings. Each episode covers multiple subjects quite rapidly, which is slightly confusing in the first episode but makes more sense as a formula once you watch the second episode, which flows in a similar manner.

Super Jenny! hits on important themes such as using words to ask for help, never giving up, and how significant each and every one of us is – interspersed with topics children probably already know and love, like mermaids, solar systems and cake!