Pinchgut's production of Athalia is a rare chance to see this work. Athalia is musically excellent with a solid staging.
Lynne Lancaster 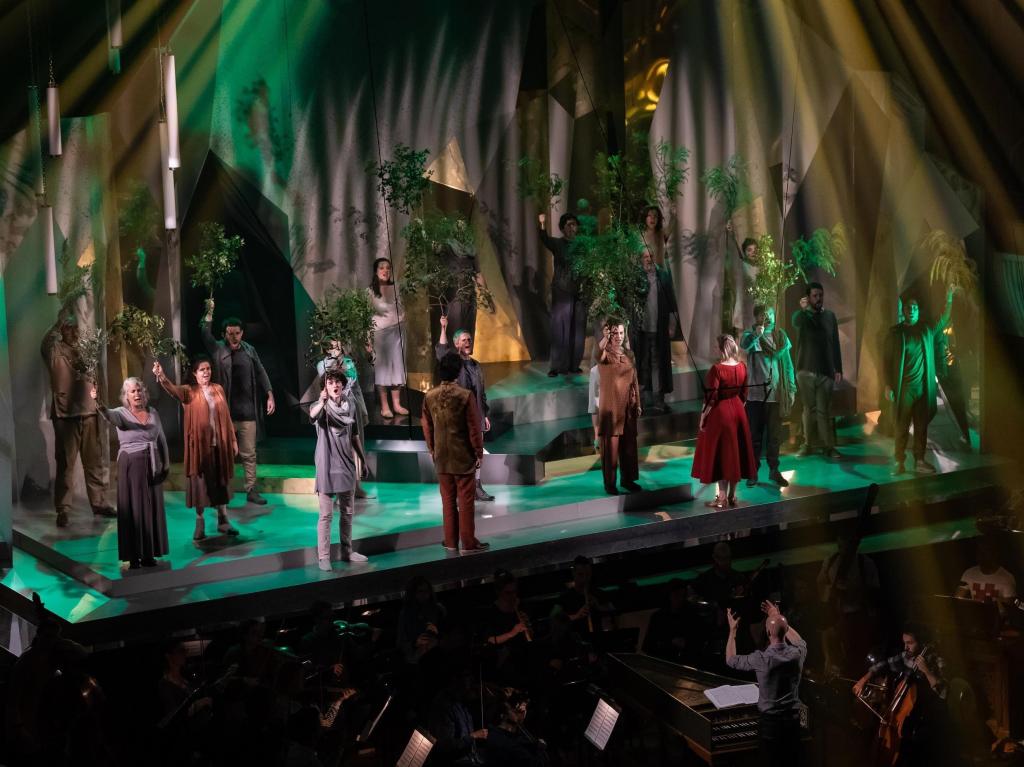 Directed by Lindy Hume and under the energetic leadership of Erin Helyard the Orchestra of the Antipodes is in glorious, vibrant form. Handel wrote this oratorio in 1733 and it is now regarded as something of a rarity. It was first performed in the Sheldonian Theatre at Oxford, before transferring to London and making musical history.

Inspired by stories from the Old Testament and a play by Racine, Athalia tells the story of the queen who has secured her reign by killing off rival claimants and introducing the worship of Baal into the kingdom of Judah. But Josabeth, wife of the Levite priest Joad, has secretly rescued the last surviving heir to the throne, Joas, hiding him under a false identity (Eliokim) until he is old enough to assert his claim to rule.  Allusions to Charles Edward Stuart, aka Bonnie Prince Charlie, perhaps? Who was also 13 at the time of the original premiere.

Athalia is revealed as a work of varied opposites: good and evil, new and old, right and wrong, loyalty and deception. But appearances are confusing and it is hard to confirm at times which is which – the division is sharply defined in the roles of Athalia and Josabeth.

The set design by Melanie Liertz is somewhat timeless yet futuristic in a jagged Mad Max sort of way and references a geode. The sharp edges and craggy, shattered mirrors and walls of the design are most effective. Costumes are mostly rather drab neutral colours for the chorus (marvelous Cantillation).

The choreography for the Cantillation, who double as the followers of Baal and worshipers of of Jehovah, was mostly very stylised with large blocks of synchronised movements. (The opening and closing candlelit processions were most efficacious.)

Matthew Marshall’s lighting in Act Two Scene One, when the stage is glowing and green to reflect the power of Jehovah and to signify spring, is particularly memorable and astonishing.

Troubled and tormented Athalia is given a powerhouse performance by magnificent soprano Emma Pearson. She is regal and stunning and appears quite ruthless and bloodthirsty. Played with energy and venom, Athalia is also troubled by dreams of the death of her mother Jezebel. Her arias are dazzling revealing graceful and exciting vocal ornamentation. What Pearson also brings to our attention is Athalia’s sense of loneliness.

Athalia’s lover, Mathan, tall, dark and handsome tenor Brenton Spiteri is splendidly seductive and at times treacherously evil with glorious phrasing and texture of the vocal line – for example his soothing Gentle airs, melodious strains. He is unable to save himself or Athalia and his Hark! His thunders round me roll was anguished yet with restrained control.

As Josabeth, Miriam Allan in a dark red dress gave a strong, proud performance. She is prepared to die for her faith and is extremely fearful of Athalia’s discovering the truth about Joas. Her top range was perhaps a bit brittle but she developed vocal authority and security during the course of the evening, as exemplified in an impressive Faithful cares in vain extended.

Joad, her imposing husband, the high priest was given a charismatic, commanding performance of resolute dignity by counter tenor Clint van der Linde. His pessimistic O Lord, whom we adore, shall Judah rise no more? was poignant and yet fiery and controlled.

Aber, the soldier is splendidly sung by baritone David Greco with magnificent voice and great stage presence as demonstrated in his rousing When storms the proud to terrors doom and an electrifying Rejoice, O Judah, this triumphant day.

Freddy Shaw as Eliakim the young 13-year-old king (whose real name is revealed to be Joas, the last of his line) was sensational giving a tremendously polished performance.