Cross-cultural idiosyncrasies and stereotype-skewering abound in this fun, rude and energetic night out.
Thuy On 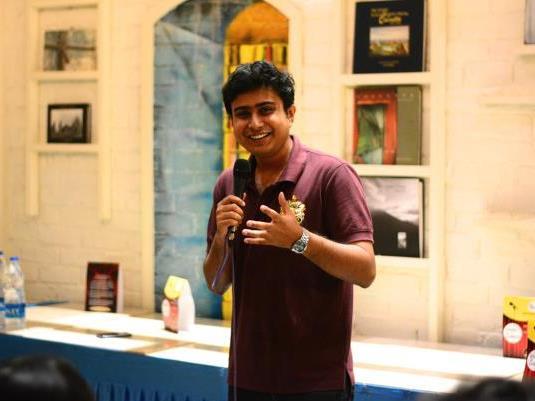 Back again with an altogether new line up of guests, this year’s Comedy Zone Asia is ably held together by bold and brassy Chinese Malaysian compere Joanne Kam (not dissimilar to Margaret Cho) who introduces the four comics in between giving her own ribald commentary (it doesn’t take long to understand why the show has an explicit language warning.) With over two decades of experience on the comedy circuit it’s no wonder Kam can work the room and her material is certainly not for shy petals.

The first comedian, Brunei national Zainal Bostaman, admits it’s not the best time for him to make his debut in Melbourne, days after his country’s recent Sharia law pronouncement of death via stoning for homosexuality and adulterers. And yet, he does a good job nonetheless, of soliciting laughter; managing among other things, to eviscerate the Sultan’s pedantic decree to comedic effect. It’s a gutsy effort, considering as he says, he’s breaking rules already (the number one rule of Sharia Law is you are not to make fun of it.) Like the others after him, Bostaman acknowledges how difficult it was to be a comedian at all – such a profession is not exactly the respectable career option most Asian parents dream for their children.

Indian native, Sonali (not Somali!) Thakker, uses her deadpan delivery to good effect as she riffs on a number of topics including her mother’s haphazard usage on all manner of inappropriate dating apps, the pros and cons of being an only child and (the crowd pleaser: how to deter men from offering unsolicited attention).

Fellow Indian comic Anirban Dasgupta continues the family theme by treating us to his mother’s nosey incursions into his sex life (wanting a grandchild, she has a vested interest) while Fakkah Fuzz from Singapore rounds up the night’s entertainment. He’s as irreverent as his fellow Asian-zoners and not averse to picking fun at his country (Singapore is so safe it’s boring) as well as making jokes that work on self-deprecation.

Cross-cultural idiosyncrasies and stereotype-skewering abound in this fun, rude and energetic night out. A good time x five.