A worthy reminder that making people laugh is indeed a global phenomenon, not just restricted to privileged first world white folk
Thuy On 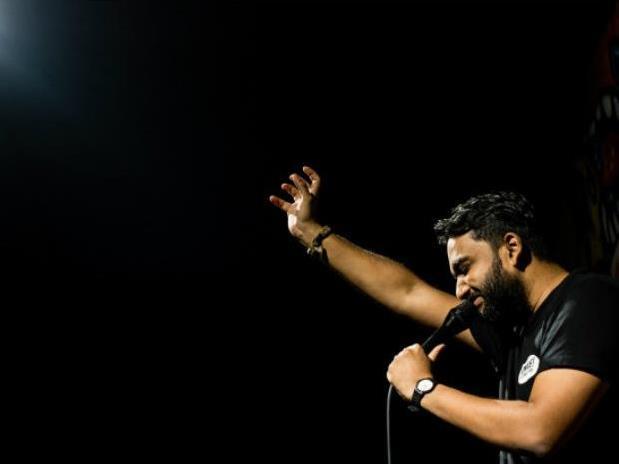 You’d be forgiven for thinking that a white male is the default comic figure when it comes to stand up comedy and a quick glance through the program tends to confirm this. It’s refreshing then, to see five comedians from Asia who are all, in their own ways, hysterically funny and a worthy reminder that making people laugh is indeed a global phenomenon, not just restricted to privileged first world white folk.

Malaysia’s Prakash Daniel is the MC and does a fine job introducing the other acts as well as performing his own patter. The others, Takashi Waka (Japan), Karunesh Talwar (India), Hannan Azlan (Malaysia) and Azeem Banatwalla (India) are on stage for roughly 10-15 minutes each.

All are very aware of the preconceptions that come with being Asian and cross cultural confusions. Daniel, for instance is not the first one in the line up to make light of his skin colour and his beard to joke about terrorism (‘I will not explode’), while Talwar touches on some homelessness and beggars in his home town. Banatwalla mocks Melbourne traffic compared to the Mumbai sprawl he is used to and Waka makes fun of his countrymen’s cleanliness fetish.

As the only woman Azlan was a revelation. With her white knee-length socks and glasses, her sweet schoolgirl demeanour belied her wicked little heart: her filthy songs about a whole host of ribald acts were comic gold.

Staged, appropriately enough, in the Chinese Museum, Comedy Zone Asia is definitely a highlight in this year’s MICF. A star for each performer.