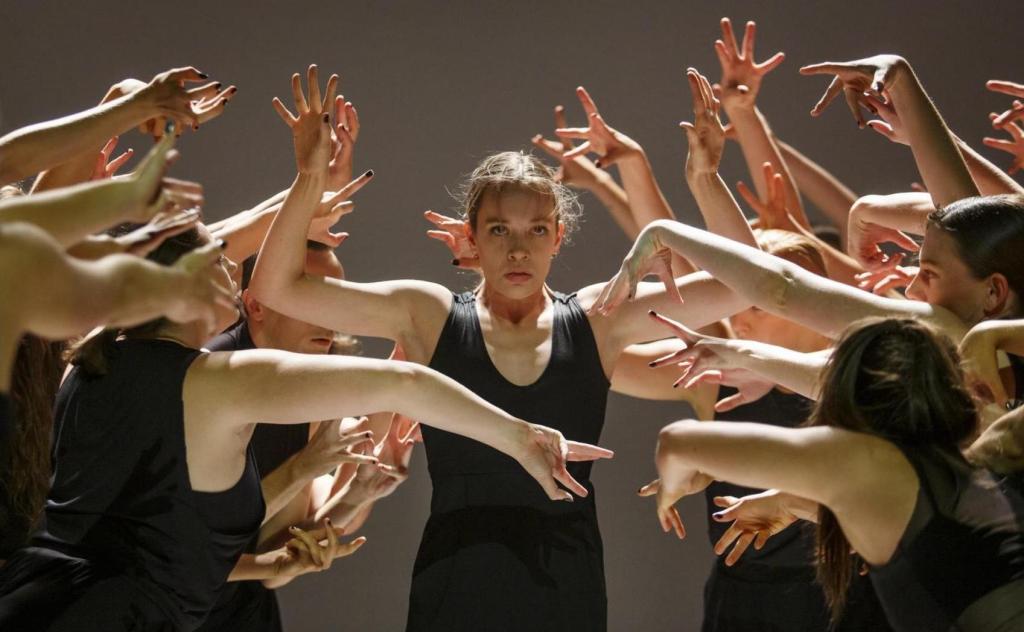 Colossus, as the name suggests, is a dance show of epic proportions. On the opening night of its Perth Festival season, its 50-strong cast of local dancers beguiled their full-house audience, drawing us into abstract landscapes of swarming crowds and solitary flights.

Colossus is the work of Melbourne-based choreographer Stephanie Lake. One of Australia’s most lauded independent contemporary dance artists, this project has been cited by many as her most ambitious project to date. Lake herself has described the ‘astonishing response’ to the show’s 2018 premiere season and her company’s online promotional video of the work (which went viral) as ‘surprising and wonderful’.

With this kind of lead-up it was difficult not to expect big things. Happily, the production’s Perth season delivers. The massive (yet never overblown) energies of its ensemble cast, alongside some standout solos and finely crafted duets, are combined with incredibly effective lighting design (Bosco Shaw) and an electronic sound score (Robin Fox) to plunge us deep into varying worlds of social division and descent.

Scenes of strict social order appear early on as soloist Lily King takes centre stage, encircled by her clan of disciples who lie in strict formation on the floor. She raises one hand, her eyes pierce the space, and as she whips an outstretched arm with a sharply pointed finger around, she brings her subordinates to life. Their upper bodies roll from the floor creating a mesmerising, rippling wave. King is steadfast (and exquisite to watch) as the maniacal maestro in this opening scene.

From here, the work surges through alternating visions of scattering landscapes and communal accord. At times, breath work is used to dramatic effect as the dancers gasp, sigh and exhale as one. In these parts their sounds take over from Robin Fox’s pulsing, metallic composition, creating an entirely different orchestra on which to focus our senses.

Also notable are scenes when Bosco Shaw’s lighting design creates prisms of dancers’ silhouettes that reflect on the upstage wall. As they claw their way through networks seeking pathways to freedom their shadows cascade above them in magical interplays.

Ultimately, the work’s primary intent is made clear by its many pulsing (at times raging) currents of group work and ensemble states. Yet (for this reviewer) its finest moments are those when intricate emotions of lone individuals surface amongst the chaos. One such standout moment on opening night was a duet between dancers Mitchell Spadaro and Gabrielle De Vriese which transformed a scene of noisy confusion into a place of crystal clarity. This was performed with wonderful sensitivity and precision.

Overall, Colossus is deserving of its giant title. In this 2020 Perth season its cast have skilfully charted a multi-layered journey through societal interactions to shine light on some of the unnerving complexities therein.