Theatre reinvents itself through lush, sexy storytelling in a sacred space.
Robert Jarman 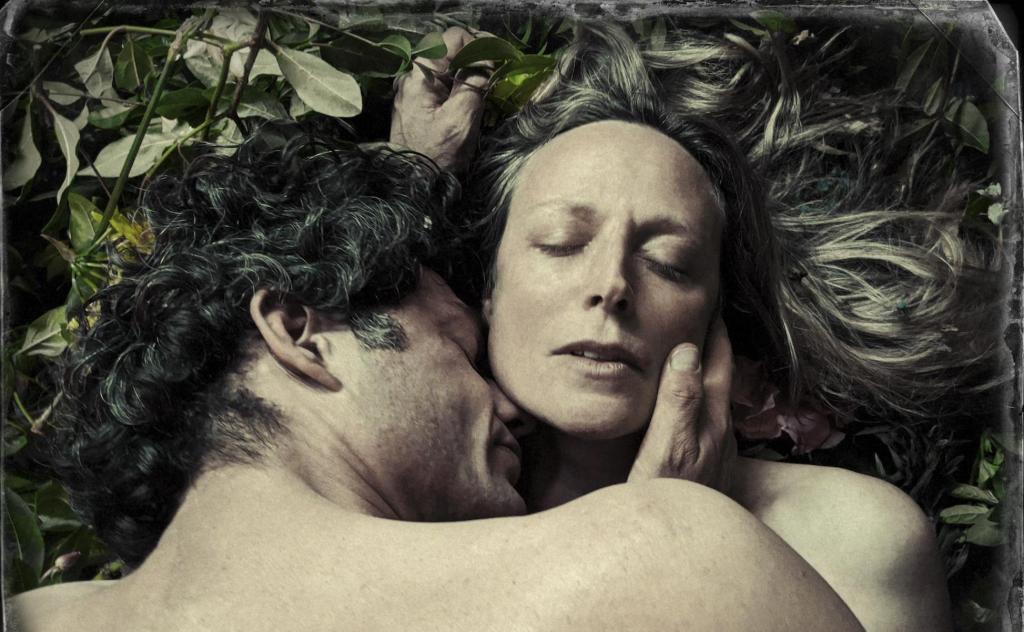 A religious setting, an ancient fable, two voices, candlelight and a haunting musical underscore: a theatre stripped of externals, trimmed down to the essentials of story and storytelling. It felt like being present at the birth of theatre itself.

The two actors were sensitively supported by the subtle, sophisticated composition of Cathedral Director of Music Thomas Rimes, performed by a trio of musicians, and an exquisite video of suggestive, even provocative imagery.

Beautiful as it was, the video was rather superfluous. The actors and text did all the work: their voices, with the bare minimum of physical movement, expounded and amplified the story, and nothing else was necessary.

Star of the small screen, Marta Dusseldorp in the flesh is extraordinary: a high-definition formal performer, with a dry, poised demeanour yet also a natural disposition for humour and surprise. Her range is unrestrained, as is her invention. By turns flirtatious, imperious, coy and lustful, earnest and languid, she is “fire and air”. (And surely someone – STC, MTC, Bell? – must soon ask her to play the Egyptian Queen.)

Read: Review: The Cowgirl and The Showgirl Ride Again, Her Majesty’s Theatre (SA)

There is nothing lame or easy here. One can almost hear the ticking of Dusseldorp’s built-in bullshit detector: the finely pulsating discrimination of anything crude, lazy or unworthy.

Ben Winspear as Adonis, Venus’ object of infatuation, is playful, but rightly leaves Dusseldorp to dominate the field.

The dynamics of male/female eroticism, role-reversal, and intense hunting imagery are the heat at the heart of this decidedly sexy poem.

Feed where thou wilt, on mountains or in dale;

Graze on my lips, and if those hills be dry,

It is said that Cambridge students (all male at the time) kept the poem under their pillows, and female readers in the 1590s were also wooed by this sexual fiction. It offered fantasies of Venus’s fertile ‘park’ and Adonis’s desirable ‘deer’, and also a broad choice of objects: her or him, or him-as-her or her-as-him, or both. It’s almost too much of a good thing: stimulations of language and eroticism, copia and copulation.

Stripped of all the usual theatrical trappings, Archipelago Productions fully and skilfully exploit these good things to create something simple yet lush, rare and very memorable.