Ferry-boarded to encounter original performances inspired by the boatsheds, workshops and waterways of Sydney.
Christina Donoghue 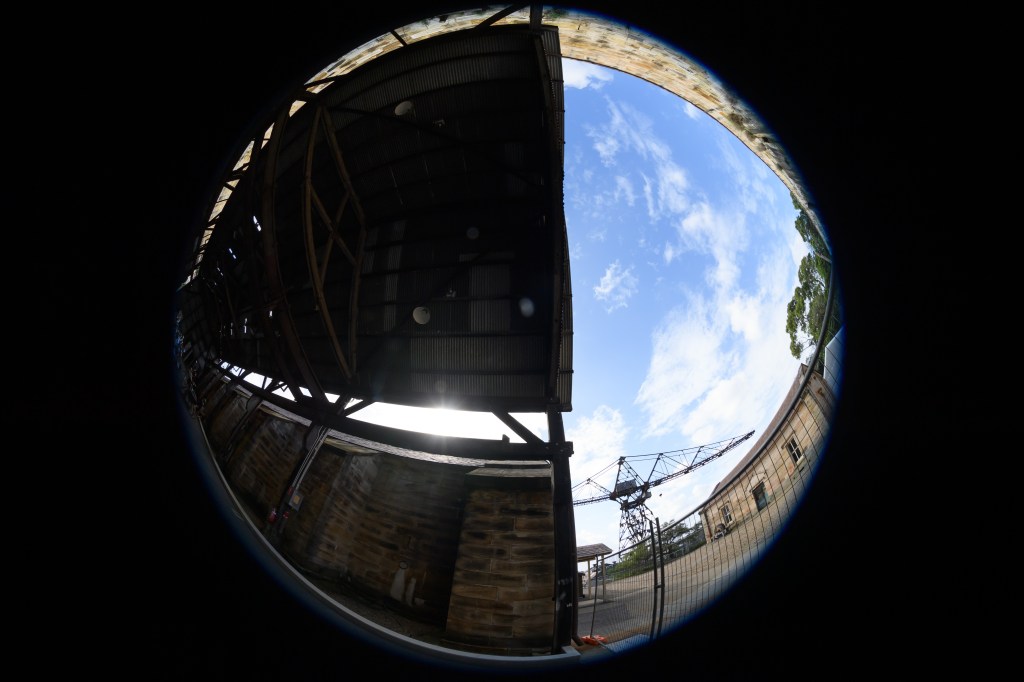 ‘Big hART’s Acoustic Life of Boat Sheds plugs into the lineage of buildings and boats and the things and people that inhabit them.’ Credit: Sydney Festival.

The Acoustic Life of Boatsheds by Big hART is less a theatrical production than a careful curation of space, time and memory. A composition where each boatshed visited in the work is a movement, and the water of Sydney Harbour is the silence in between.

For most people who grew up in or have visited Sydney, there is a nostalgia connected with the harbour. Memories evoked by salty air and moody winds, ferry rides to Manly or Balmain. Fish-n-chips, pineapple donuts, and ice-cream. Connection can be felt at the heart of this piece, and a fondness for a lineage of the families who lived on and around the water here.

So, with the soft rhythmic lapping of water against the hull of the historic Rosman Ferry, we boarded from the northern wharf of the Sydney Maritime Museum for the first leg of the journey. Under the direction of Big hART’s Scott Rankin, the Sydney Harbour iteration of The Acoustic Life of Boat Sheds is composed of four acoustic installations that offer audiences a glimpse into the layered nature of the harbour.

The first leg of the journey began with an acknowledgement of the Indigenous custodians of this land and water by Uncle Terry Olsen from Tribal Warrior. He defamiliarised colonial names, replacing them with Dharug names that were less strange to the aged shores than the ones now put upon them. Uncle Terry led us in a kind of linguistic reset between the still-present Gadigal land, and the now coexisting Commonwealth of Australia. While fitting and right to include the Aboriginal stories of the harbour, it must be acknowledged that there is a mostly unspoken violence between those stories and the sounds of Dharug language, and the mysterious cave-like sheds of the working harbour of Sydney.

The first stop on the map was Me-Mel (Goat Island) where we were ferried into a covered outdoor space known as the Scow Shed and named for the scow, the flat-bottomed vessels which were maintained there. Thick wooden pylons and sandstone walls offered an echo chamber where the resonance of Claire Edwards’ composition on aluphone, waterphone and drums bounced lazily on the stone walls and dirt floors, enveloping us with the feeling and sonic dissonance of the workshed. The accidental music of a metal mallet striking metal frame was conjured, coaxed, and allowed to hang in mid-air by Edwards’ deft and patient touch.

Once the spell that was cast over the congregation had passed we rose, and reverently, as though we were leaving Sunday mass, moved to the next site, the Queen’s Magazine. The shed was built around 1839 for the storage of 3,000 barrels of gunpower. It was constructed by convicts using sandstone quarried from the western side of Me-Mel. The rounded whitewashed interior of the Queen’s Magazine offers the perfect surface for projection. So here we all rested upon vinyl beanbags and stared skyward. With the only available light coming from a screen whereby a changing sky was projected by designer and animator Jordan East, our ears were tantalised by Paul Cutlan and Gary Daley as they brought the airy sounds of the accordion and bass clarinet to mingle with the digital sky.

The next stop was more familiar, Lavender Bay at Gordon Wooden Boats. ‘Beneath the railway viaduct, the archways have hosted many mavericks,’ says Rob Gordon, the boat builder there. Arranged under these viaducts and between the boats were sound designer Jim Atkins on continuous bass, harpsichord player Nathan Cox and Tasmanian vocalist and improviser Sabine Bester. The musical movement began with the raw rhythm of the wooden mallet swung by wooden boat shipwright Locky Rankin as he caulks the hull of a wooden craft with wool. The sound of wood on wood is soon joined by the siren sound of wispy vocals, trumpet, and a German pipe organ (on synth) all masterfully balanced by Atkins and buildings and ocean. The screams from nearby Luna Park became part of the soundscape that mesmerised both punter and passers-by.

The final stop was the Sydney Heritage Fleet at Rozelle Bay. Despite the word ‘heritage’ in its title and the overt past/present, elite/working-class comparison welcomed by the proximity of the Super Yacht Marina, stop four delivered a decidedly industrial treatment in the work of Jess Green and Bree Van Reyk. Percussive sound was supplied by Van Reyk striking found objects throughout the work yard. The sound of the mechanical workspace was blended with the sounds of electric guitar and resonant vocals by Green, the workshop dominated by metal vibrating sound.

Big hART’s Acoustic Life of Boat Sheds plugs into the lineage of buildings and boats and the things and people that inhabit them. Most works were developed in situ and had the feeling of bringing attention to the sounds and resonances that were already part of the space. The artists’ attention to detail and willingness to move and be moved acted as a symphony that did not inspire critique, only appreciation.

There was nothing not to like about this quiet and languorous journey. Its inception seems to have a purity of intention. There was the satisfaction of a childish curiosity in getting to look inside the sheds on those islands, or under those archways. And once we were inside them, we were allowed to move and play. And, with a dollop of social good we were educated a little in this beautiful art of boat making and through music learned that the wharves that look deserted hide men and women who are still hardworking, and from time-to-time, also a rad chick with an electric guitar and killer vocals.

The Acoustic Life of Boatsheds by Big hART was performed as part of the Sydney Festival from 20-23 January 2022.