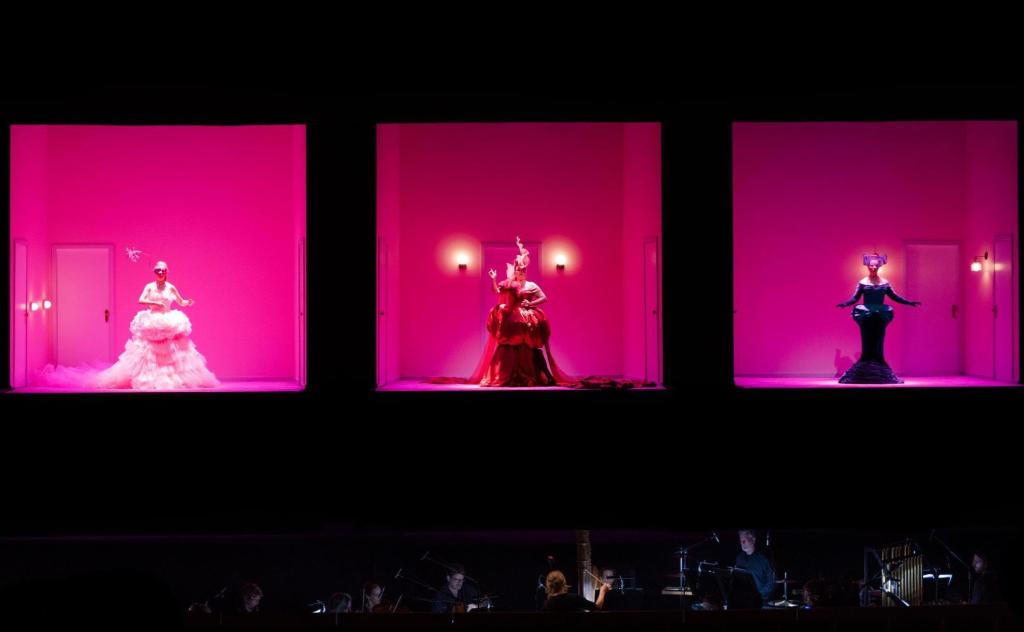 Stabbed, strangled, poisoned, shot, operatic heroines are typically murdered, go mad or die of consumption. The plots are simplistic, peddling sex and death and typically explore the realm of male domination and female oppression. Recently, there have been grumbles about the heroines’ limited destinies, especially the brainy, sexy, rebellious and ambitious ones because they’re guaranteed to meet a sticky end.

Divas who sing the role of Carmen, who is fatally knifed, or, Cio-Cio-San who suicides in Madam Butterfly, apparently complain of a post-performance ‘death hangover’ on re-entry to the real world.

‘The music travels through tango, montage, classical and contemporary pop and it amounts to a fun, workable score…’

Little wonder singer Ali McGregor was keen to develop a broader music and drama concept; a hybrid which is an intoxicating mix of musical, opera, cabaret and burlesque. The music travels through tango, montage, classical and contemporary pop and it amounts to a fun, workable score and a refreshing vehicle for three powerful, polished songstresses in their prime.

The lyricists and dramaturg have reworked the German myth Lorelei, about a woman who imagines she sees her lover in the ocean and dives in only to be shape-shifted into a glamorous, gloriously voiced siren condemned to lure male sailors to a watery grave in the Rhine. For hundreds and hundreds of years, Lorelei has been a siren and in this new shaping of the fable, she’s split into three to operate in a supernatural job share.

Dimity Shepherd triumphs as Lorelei one, who is frilled, pleated, petticoated and crinoline-skirted in a suffocating cloud of pink. Perhaps, the neon pink can be blamed for the overuse of ‘F’ and ‘C’ word expletives. Once and even twice this hit the spot but its continued use becomes self-conscious.

Nevertheless, McGregor and the deliciously bawdy Antoinette Halloran rock as Lorelei clones two and three. When the show begins, the ‘Lorelei’ are vocalising a high-pitched incantation as a ship heads towards them with a crew who are going to drown. Initially, the musical balance favoured the QSO’s twelve-person ensemble. An easily remedied matter, but on Saturday, it delayed audience engagement.

‘This is a good night out if you like your opera stirred and shaken on the rocks.’

Sharp and funny direction by Sarah Giles impressed, except for an inexplicably dull episode where the pace dangerously slowed. Lorelei decides to leave and stomps in and out of all of the available cubicle doors, echoing the worst excesses of British farce, for what seemed like forever.

And yet with brilliant leads, humour, a localised script with a feminist twist, this is a good night out if you like your opera stirred and shaken on the rocks. The plot doesn’t deliver Lorelei as an independent woman but be thankful she doesn’t meet a gruesome end.