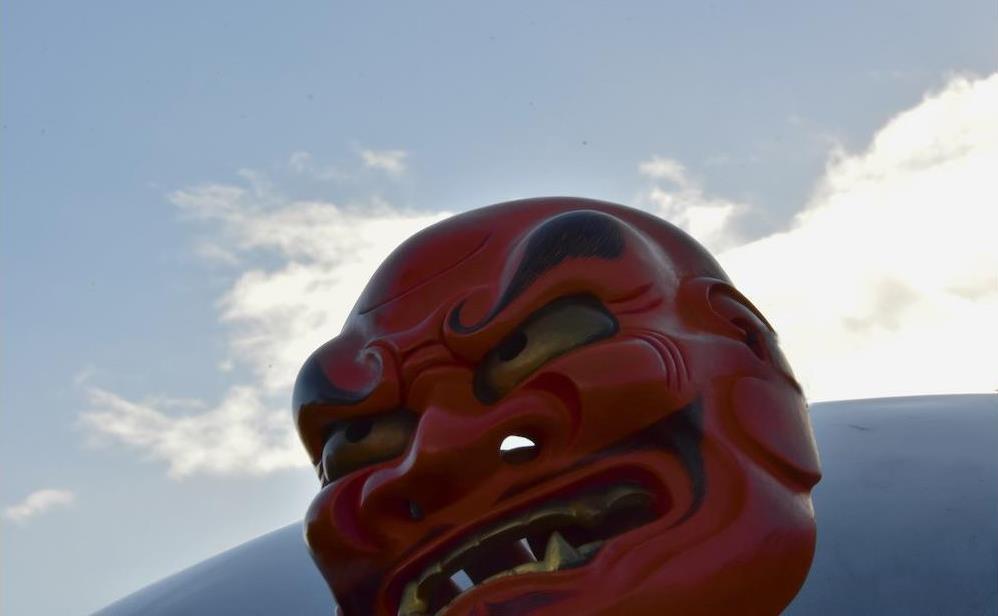 Netsuke and Inro premiered as part of this year’s Melbourne Fringe. A one-act chamber opera combining Italian and Japanese performance art, the production regrettably left much to be desired.

The plot follows Gorō, an impoverished samurai whose life of debauchery ultimately leads him to his demise. While visiting a less-than-reputable teahouse, he meets Mr Jenkins, an American who expresses interest in his netsuke carving and lacquered inrō. (Jenkins is not performed by an actor but mimed in interactions with Gorō.) The Japanese items fuel Jenkins’ obsession while Gorō continues to wallow in his own destruction. Working at the teahouse is a woman who is revealed as Gorō’s estranged daughter. The uncredited actress is masked the entire time and is spoken for by the surtitles. The performance ends with Gorō performing seppuku, similar to that of a tragic hero, ashamed by the path he’s walked.

Composed and performed by Scott Aschauer, the work drew from the Italian tradition of opera in addition to Japanese noh and kabuki. With the libretto written in English, the work does indeed bear similarities to a dramatised Italian text. However, aside from the Japanese stage design, authentic props, costumes and characterisation, it was unclear how the Japanese influences blended with the composition, if at all. In a way, it seemed like the two cultures were layered on top of each other, and the opportunity to take a leap and truly meld them wasn’t taken advantage of.

A quartet comprising two violins, a flute and a bass clarinet performed crisp, incidental music while the plot unfolded. The score was suspenseful, staccato and quirky, not like that of a traditional Italian or Japanese opera, but clearly influenced by contemporary western classical music. The bass clarinet followed Gorō as he spoke, and the flute did the same for the daughter.

At times, the production, unfortunately, fell victim to technical difficulties. The surtitle projector malfunctioned temporarily, leaving the non-verbal daughter’s movements up for interpretation. When it was operating correctly, it wasn’t always in sync with the performer.

For subject matter that touched on one’s inner demons, an estranged relationship and obsession, the production could have benefitted from an extra half hour or so. Gorō ends up murdering his daughter off-stage in a moment of blind rage, but it isn’t exactly clear why this is the case. There were certainly moments that could have been fleshed out in order to give the work more substance and assist the audience in understanding a realm of culture that may be unfamiliar.