The Christmas story becomes a salve, a symbol of warm hope after a year of trauma.
David Barmby 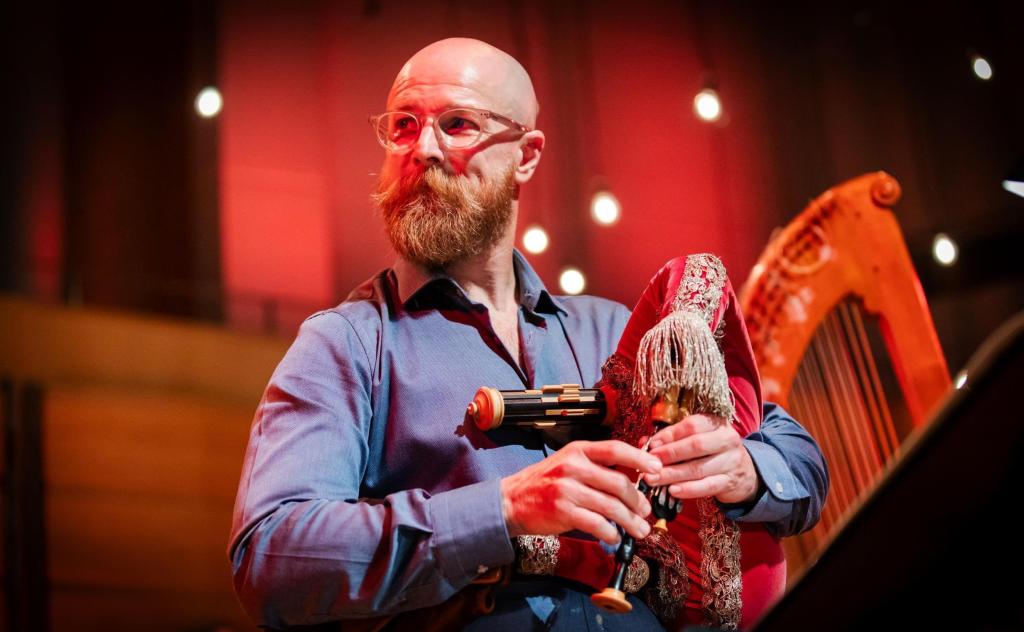 Musician/theorist and singer Marc-Antoine Charpentier has emerged in only recent decades as one of the finest composers of the French Baroque.

A generation before the great and more recognised operatic composer Jean-Philippe Rameau, Charpentier is largely associated with music written for sacred liturgical use, possibly owing to being subject to the raging jealousy of Jean-Baptiste Lully who placed a monopoly on theatrical music in Paris.

This program comprised Charpentier’s famous ‘Mass for Midnight’, almost entirely based on popular traditional French carols, interspersed with other decorative dance-like instrumental repertoire from the period.

The vocal quintet achieved much but avoided distinction with a seldom matched approach to vocal style and finesse. The French pronunciation of Latin was observed throughout, though to my ear it sounded artificial and imposed. There are many challenges in performing this repertoire. A notorious problem is tuning strings (including harp, lutes and guitar) at very low pitch. But the haute-contre voice type, of which Charpentier was apparently an expert, is almost impossible to realise. Neither falsetto alto nor ‘chest voiced’ tenor, it hovers in between, is especially expressive and affords important ornamentation.

Both tenors here (Eric Peterson and Nicholas Jones) negotiated this uncomfortable tessitura well. Chloe Lankshear and Anna Fraser were fine sopranos though often at odds in relation to the use of vibrato and ornamentation, while David Greco applied his granite-like bass-baritone with surety.

The scene of reserve, simplicity and peaceful reflection was further distilled in the final cradle song, Salve puerile, though the final contest for ornamentation that ensued seemed a laboured and unnecessary exercise.

A welcome guest for this performance was the first appearance of a newly commissioned musette (a small, soft-voiced French Baroque bagpipe). With its ruby-red velvet, tassels and silk braid the instrument was as much a delight to hear as it was to see. Much loved by the French aristocracy and associated with shepherds and shepherdesses, it is not surprising that the instrument fell out of favour after the Revolution. The duets performed by Simon Rickard with Melissa Farrow (flute) delighted for their unified subtlety and close rapport.

Starlit lighting by Peter Rubie was sensitive and effective.

Look out for the imminent launching of the Pinchgut Opera 2021 Season that celebrates 20 years of this wonderful company’s inception. As a postscript, Erin Helyard ‘not wanting to give anything away’ alluded to the production of an opera by Rameau featuring a chorus of frogs.