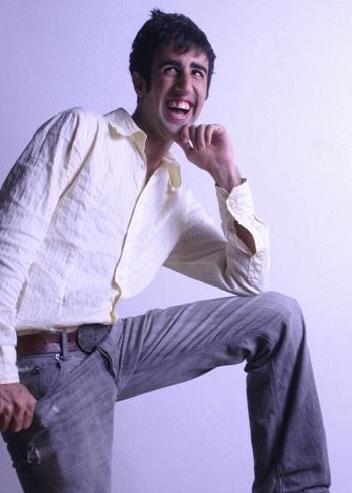 Young composers Lorenzo Alvaro and Elias Constantopedos were announced the winners of the 2008-09 CYBEC 21st Century Australian Composers Program at the finalists concert in the Iwaki Auditorium on 4 February in Melbourne making them eligible to have the World Premiere of their compositions played at the Melbourne Symphony Orchestra’s (MSO) contemporary music Metropolis concert series in May 2009.

The CYBEC program provides an opportunity for young Australian composers to write a work for the MSO, while being mentored by some of Australia’s most recognised composers (who this time were Brenton Broadstock, Julian Yu, Matthew Hindson and Johanna Selleck). The four finalists selected for the 2008-09 program, Lorenzo Alvaro, Elias Constantopedos, Benjamin McDonald and Mark Wolf each had their work performed by an ensemble of MSO musicians directed by MSO Principal Trombone, Brett Kelly.

During the finalists concert, each of the finalists offered insights into the ideas behind their work, their compositional processes and how the CYBEC MSO program supported and educated each of them into bringing their work to life, from initial ideas, input from individual orchestral instrumentalists, conductors and mentors, to essential assistance help from MSO librarian Alistair McKean to ensure that musical ideas end up on paper in a workable and doable format.

Wolf’s composition In a succession of madness, inspired by Voltaire, depicted changes of mood typical of some mental illnesses by the use of shifting time signatures resulting in an episodic piece, that demonstrated a skilful use of orchestral balance and solid writing craft. The contrast between anxious urgency and lucid calmness was highly effective.

Alvaro’s Light without heat was based on an earlier chamber piece on a similar theme, which he expanded and developed for the ensemble. Alvaro demonstrated a fine understanding of what individual instruments can do, especially in writing for woodwind with a wonderfully inventive flute solo melody which amazingly well executed (on minimal rehearsal, I believe)! I thought that some of the orchestration could have been a bit clearer at times (I recognise that this is only personal taste!), but the authentic quality and richness of his musical ideas were undeniable.

MacDonald’s Curse of Greyface demonstrated a pure love of sounds, with some wonderful orchestral effects. More freeform than other pieces presented, I particularly enjoyed the range of sonorities, full of tonal contrasts and natural sense of fun.

Both Constantopedos’s and Alvaro’s compositions were selected at this event by an expert panel, which included
Brenton Broadstock, the MSO’s Composer in Residence, Huw Humphreys, Director of Artistic Planning and conductor Brett Kelly. The winners now getto work on their compositions over the coming months before receiving their world premieres in the MSO’s contemporary music series in the first (2 May) and second Metropolis (6 May) concerts later this year. I will be looking forward with great interest to see how the works evolve after some more work.

The CYBEC 21st Century Australian Composers Program was initiated by Melbourne based composer and conductor, Brett Dean and MSO staff and provides a rare and welcome – and above all innovative — opportunity for young Australian composers to bring their work to fruition with an orchestra of the calibre of the MSO. All young composers out there — take note!