A cabaret smorgasbord that covered all bases with an eclectic mix of highlights.
Elizabeth Davie 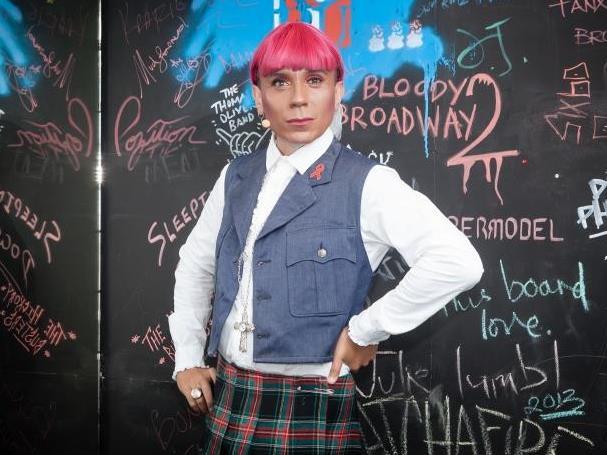 The Fifth Melbourne Cabaret Festival was opened with a bang by Candice McQueen, MC, the alter ego of Cabaret performer, Spanky. An incredibly charming performer, Candice had the crowd on side within seconds of her grand entrance, welcoming us all as ‘cabaret bitches’. Her playful banter with the Mayor of Stonnington was a fitting cabaret thank you for the council’s support of the festival. What followed was cabaret tapas: ten eclectic but complementary taster performances drawn from the best of the festival.

First up was Ginger and Tonic, an all female a-cappella group. The first question that sprang to mind was how are they making those noises? Trying to track the a cappella sounds and musical elements across the four singers was an impossible task as you were transfixed by their tongue-in-cheek lyrics and inspired arrangements. Alana Conway gave a stunning tribute to Eva Cassidy interspersing her songs with heartfelt personal anecdotes about her affinity with Cassidy. She has an incredibly pure voice and her version of Songbird caused instant goosebumps. Michael Dalley read the Prahran crowd just right with his Noel Coward-esque ‘Shit Art of the Mornington Peninsula’ – a very funny diatribe against a truly terrible phenomenon.

Some performers were hampered by the short extract style – Melissa Langton and Amanda Harrison both have unbelievable voices and are gifted performers but didn’t have enough time to build context and narratives to support their work. Langton was gleefully deranged in her piece about ex-lover Frank, as was Harrison when talking about her love affair with Target.

Candice McQueen and Robert Tripolino began the second act with a mesmerising acoustic cover of Madonna’s Revolver – a marked improvement on the original – drawing real emotion from what was a synthetic pop song.

Elise McCann’s ‘I love Lucy’ homage Everybody Loves Lucy was hilarious and her impersonation was uncannily accurate. She fully embodied Lucille Ball and had the audience screaming with laughter from the start. McCann was followed by The Beautiful Losers, a polished trio who transitioned effortlessly from song to song. Their set list was ordered perfectly to bring the audience into their world and set up for their crowd pleasing double entendre finale. Geraldine Quinn was triumphant, unhindered by the absence of pianist or projections, she gave a taste of her interactive sing-along 80s extravaganza Sunglasses At Night. Her blend of rock and comedy was a delight and her facial expressions were so brilliant you could watch her on mute and still enjoy the show. Matthew Mitcham closed the gala with a touching all-cast performance of a song from his debut cabaret show Twists and Turns.

The Melbourne Cabaret Festival Gala was a cabaret smorgasbord that covered all bases with an eclectic mix of highlights – the festival runs until July 6th so don’t miss out, cabaret bitches!

Elizabeth Davie is a Melbourne-based writer, performer and producer.