When the volatile manager of a football club is confronted by his star player wearing a dress, he is more than a little concerned.
Barbara Booth
[This is archived content and may not display in the originally intended format.] 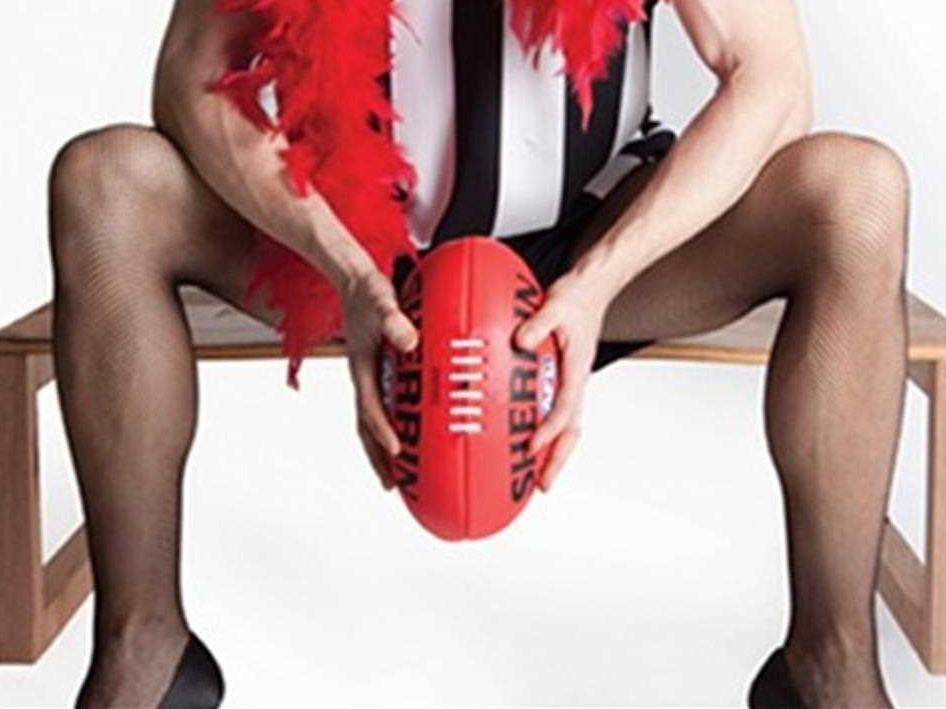 Most opera lovers would associate the name Carmen with the fiery female protagonist in the opera of the same. Rohan Swift, however, volatile manager of a football club, is no opera lover and when he is confronted by his star player, Brent Lyall, wearing a dress and calling himself Carmen, he is more than a little disturbed.

This was not the Brent he had nurtured to become captain of the team, winner of two Brownlow medals and worth three million dollars to the club. The only problem he had had with his champion, before this revelation, was the fact that, in order to get the necessary sponsorship, Brent was required to promote the commercial products on TV, court the hierarchy and appear with the beautiful Clara, brilliantly played by Annie Last, on his arm.

Unfortunately Brent had no interest in doing this, ‘as wooden as one of those statues on Easter Island,’ Swift bemoaned as he shelled out thousands to the ex-prostitute, Clara, and an acting coach, Jessica, who brought Brent into the spotlight in a way that Swift, seasoned actor, Brandon Burke, never bargained for.

Brent, played by Jamieson Caldwell, simply doesn’t fit the mould and, as Jessica gradually coaches from him, he has a secret that’s tormenting him. He enjoys wearing women’s clothes, something which began when, as a child, he wanted to be a sister for his sister, not because he wanted to physically become a girl.

Society punishes difference, even though children are involved in dressing up for a variety of reasons, boys as girls or girls as boys, from an early age. David Williamson, in an interview about his concept for the play, reveals that approximately 90% of cross-dressers are heterosexual men and not homosexual.

For a footballer, even in 2014, this seems an insurmountable problem. Even if you have an enviable sixpack and no longer smoke Marlboroughs you must conform to the image of the macho male or be verbally abused and belittled, especially by ‘sleazebag’ journalists like Max Upfield, ‘out to get me since the first game’, complains Brent.

The psyche surrounding Australian League Football has never escaped the satirical pen of David Williamson, one of Australia’s most prolific playwright. The Club, written by him 37 years ago about the vagaries of the Collingwood Football Club, became a worldwide success portraying the wheeling and dealing behind the scenes. 35 years later, Williamson’s timing is spot-on,  considering the fact that nothing seems to have changed in Melbourne’s AFL world… or has it? To see Adam Goodes, Australian of the Year, on TV advocating an absence of racial abuse from the football arena has to be a big step forward and makes Williamson’s resolution of the management of Carmen, ‘Come and Get me,’ not only hilarious but feasible.

The Club was on the school syllabus in four states for many years and it wouldn’t hurt to have this revealing play go the same way as well as being turned into a film.

Williamson, at 72 years of age, has not lost his touch and reminds us that one of the most important thing a human being needs in a demanding, judgmental world is a sense of humour.

Finally, it would enhance the occasion if Malthouse Theatre could ensure that its café or bar stays open at interval to provide some snacks for its paying customers. Even a football stadium will do that!