Anthony Warlow reprises one of his signature roles, 25 years later, and it’s well worth the wait.
Reuben Liversidge 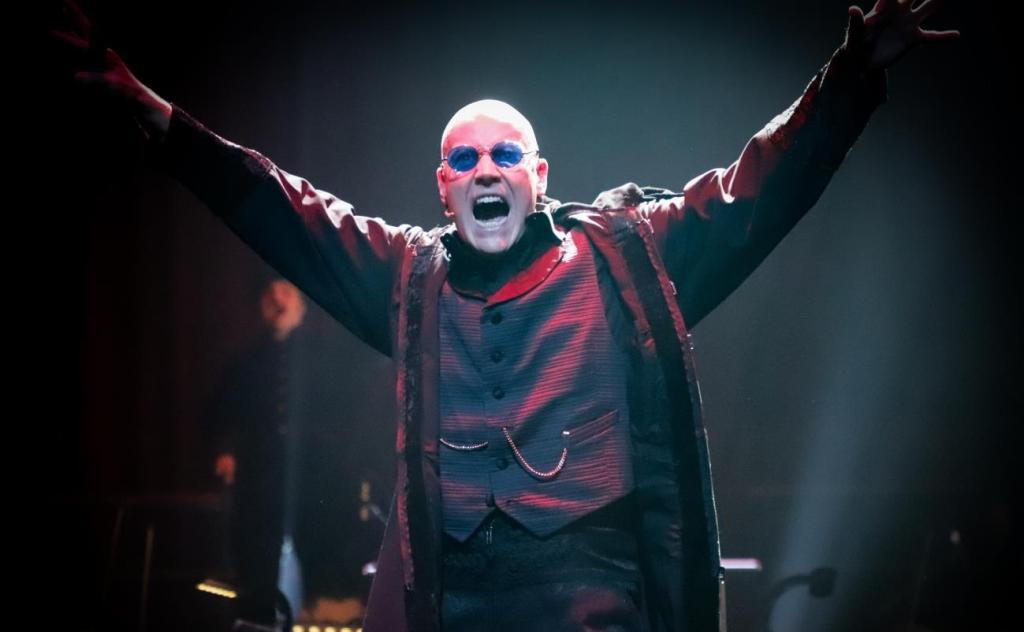 In 1994, Anthony Warlow was already one of the most beloved and respected performers in Australia, having successfully made the transition from the world of opera into a leading man of musical theatre thanks to starring roles in Les Misérables and The Phantom of the Opera. He was also at the height of his vocal powers, thrilling audiences and music listeners alike with his powerful and crisp tenor whether live in the theatre or on his numerous solo recordings. Warlow’s impressive vocals were perfectly supplemented by his acting prowess; he never simply sung a song for the sake of it, characterisation and storytelling always shone through. In short, he was the best singing actor of his generation.

During that year, an album for a new musical version of Robert Louis Stevenson’s Jekyll and Hyde was released starring Warlow in the title roles. It was subtitled ‘the gothic musical thriller’ and was presented in a lavish two-CD boxset and featured close to 40 tracks. After an original demo recording and an initial production in Houston, Texas, in 1990, composer Frank Wildhorn produced the album as a throwback to the musical concept albums of the 70s, such as Jesus Christ Superstar and Evita. The expansive score was chock-full of gothic choral pieces, dramatic pop power ballads and some good old music theatre camp thrown in for good measure. But more than anything it is a tour-de-force for Warlow as a musical artist. On the recording his Jekyll is classically romantic and full of passionate drive and his Hyde is guttural, animalistic and sexy. The performance captured on that album is exceptional, exhaustive and unforgettable. It helped put Warlow on the international map and still stands as the template against which all future performances of the role are judged. Remarkably, Warlow has never performed the role in the 25 years since the recording was released … until now.

Australia has had a complicated history with Jekyll and Hyde. A tour was announced in 1997 starring Simon Burke and again in 2015 with opera star Teddy Tahu Rhodes in the title role; neither production came to fruition. Now, just in time for Halloween, Concertworks presents a semi-staged concert version of the show starring Jemma Rix as Lucy and an all-star ensemble cast stacked with accomplished local music theatre performers, such as Martin Crewes and Alex Rathgeber, and opera stars Peter Coleman-Wright and Suzanne Johnston. But the biggest casting coup in this production is the coaxing of Warlow to recreate his indelible performance as the mad scientist this time finally in front of a live audience.

Chris Parker’s smooth direction of this concert presentation of Jekyll and Hyde put the focus squarely on the music by having the Melbourne Symphony Orchestra seated centre stage under the accomplished musical direction of Vanessa Scammell. Most of the dialogue and scenes were omitted, allowing Leslie Bricusse and Frank Wildhorn’s songs and score to take precedence. The set was minimal – some scaffolding, a desk and a lounge – but the cast wore sumptuous period costumes designed by Victoria Horne in gothic tones of black and grey. The lighting design was simple and effective, a particular highlight was the clever use of shadows and backlighting during the dramatic Confrontation number at the end of the show, however there were a few awkward moments where the follow-spot operator couldn’t keep up with the movements of the performers. The sound design was also a bit hit and miss. The mix often didn’t allow the power of the orchestra to come through whilst at other times the voices of the actors became swamped by the music. This was a bit of a shame when the focus in a concert performance like this is obviously on the score.

So was it worth the 25-year wait to see Warlow finally perform one of his most famous roles? In short; you bloody bet! The intervening years have certainly not diminished the power of his vocals. The chance to see this incredible artist tackle these songs live on stage was a once-in-a-lifetime experience. His interpretation of the most famous song in the show, This Is The Moment, was, is and always will be unforgettable and it stopped the show cold. The audience couldn’t get enough. Warlow sung like a dream, but again it was his acting and commitment to character that made this performance so memorable. His Jekyll was fiery, intelligent and intense; his Hyde dangerous, serpentine and devilishly funny. It’s a titanic role and Warlow was absolutely sensational. This seasoned performer appeared visibly moved and grateful for the rapturous audience response during the curtain call; Warlow was back home.

Jemma Rix was announced to take on the role of Lucy back in 2015, but of course the production never went ahead. What a vindication then that she was now given the chance to take the stage as the ill-fated prostitute with lungs of steel. Rix met the challenging vocal requirements of the role with ease; her powerful instrument is truly astonishing and the songs sit perfectly in her voice. It’s a belt-fest and Rix knocked it out of the park (well the concert hall). However, she makes it appear so effortless that you almost long for a bit more passion in her overall performance. Then again, this production is all about the music and it’s unlikely we’ll hear a better sung Lucy anytime soon.

Amanda Lea LaVergne was been brought in from New York to perform the role of Jekyll’s fiancé Lisa. She has a fine voice that warmed up as the night went on and her solo Once Upon a Dream at the top of Act 2 was a highlight, however I struggle to understand why this role went to an international performer when there are many local actors who could have played the part.

The supporting actors and the ensemble were all fantastic. Coleman-Wright brought a gravitas to the role of Jekyll’s supporter and Lisa’s father Sir Danvers Carew and his gorgeous baritone soared whenever he was on stage. The whole cast delivered the choral and ensemble numbers wonderfully and were integral in creating the expansive and impressive sound of the musical score in this production.

This 25th anniversary concert version of Jekyll and Hyde was an absolute dream for fans of Warlow and of the show in general; a truly extraordinary and memorable experience. Given the disappointing history of failed past productions, this could also be the only chance audiences will get to experience the gothic musical thriller. Then again, there’s always the 50th anniversary in 2069; I reckon Anthony Warlow would still be up for the challenge.