Very funny and just tender enough.
Kyle Walmsley
[This is archived content and may not display in the originally intended format.] 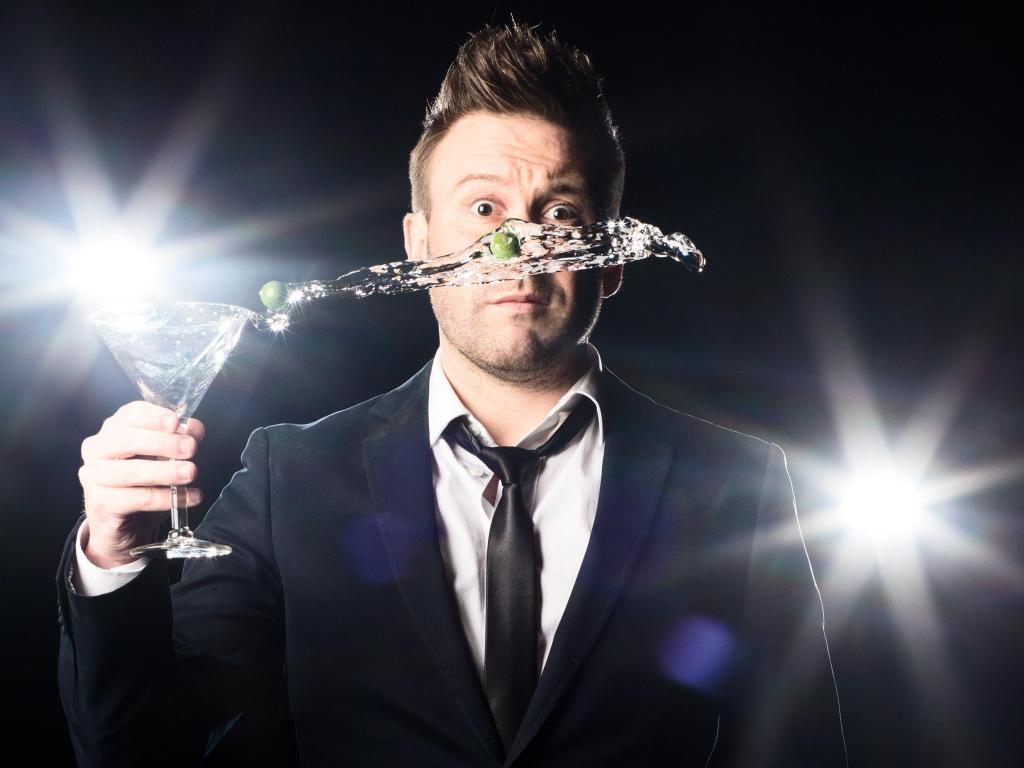 I Might Take My Shirt Off is the hilarious break up cabaret you’re glad is not about you. But just because it’s not about you doesn’t mean you won’t end up in it in one way or another.

We meet our main character Lionel as he takes to the microphone at the start of the show, uncertain of what to make of the three piece band behind him – or the almost full house in the Hayes theatre in front of him. Lionel is awkward and unsure. Nervous but earnest. He’s the type of guy that you suspect is on the spectrum and punctuates conversations by exclaiming ‘Awkward!’ before things are actually awkward. Cripplingly self-aware. I used to have a friend like that and my friend circle stopped inviting him to things because of it. Maybe that’s why Lionel’s ex boyfriend, Neil, broke up with him. Which is the very reason we’re here tonight.

Lionel is performing tonight in order to honour the wishes of his therapist. This is in the hope that by performing a cabaret in front of a room full of strangers, he will be pushed outside his comfort zone and able to confront emotionally what has up until now been largely suppressed. Lionel works in the accounts department of a carpeting company and is recovering from a recent breakup with Neil. As a cabaret virgin, he attempts to create a paint by numbers cabaret before our very eyes –  cue audience interaction, drinks in hand, partial nudity and glitter drop. These are not spoilers, rather the checklist Lionel talks us through that he’s found after a Wikipedia search of ‘how to cabaret’.

The delicious and hilarious awkwardness for us as the audience comes from watching someone unravel in real time. This isn’t a wiser-for-the-experience Bridget Jones type figure sharing words of wisdom from the future. Throughout the show, we watch Lionel try to overcome the denial of the breakup, and this whole cabaret feels like the bargaining stage of breakup grief. It’s like that friend we’ve all consoled who is pretty sure their doomed relationship just needs one more chance… and where your only option is grit your teeth and try and be there for them. Luckily for us, we get to do a lot more than grit our teeth. It’s a show full of laughter, spontaneity and tenderness. I sat next to a man who is the only person I’ve ever seen slap his knee with laughter for the majority of the show. He was literally having a knee-slapping good time.

We watch Lionel struggle through the denial, self-loathing and finally some sort of acceptance for just over an hour. It’s just enough time for Kruck as performer to create a very real and warm connection with audience, so that even through some of the more limit-pushing moments of audience interaction, we all know we’re in theatrically safe hands. The conceit of the reality of ‘staging this cabaret’ plays out most effectively when we see the tenderness and vulnerability Kruck is able to bring to the role, as he struggles to find the correct showy, musical theatre facade to hide his growing awareness of his grief.

The music is charming, not memorable, but starts to really serve the play from the halfway point where there’s a confidence from Chris Perren’s score and Kruck’s lyrics to play more interestingly with the meta-theatrics of the show. Kruck lives in the songs as comfortably as Lionel doesn’t. He’s a cracking singer and each song is given the power and tenderness it deserves. Director Emily Gilhome, with Dash Kruck’s words, has crafted and pitched a show here that is very funny and just tender enough.

Kruck is well known in Brisbane, but it feels as though a show like this could well see him becoming a lot more familiar to Sydney audiences in the future.