George’s Marvellous Medicine is a delight for all ages, but purists may find it off-putting

George's Marvellous Medicine is a delight for all ages, but purists may find it off-putting.
Charlene Li
[This is archived content and may not display in the originally intended format.] 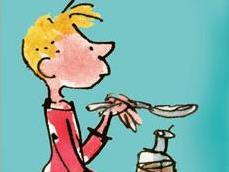 For QPAC’s Out of the Box festival for children, Shake & Stir continue their tradition of breathing fresh life into classic literary works with their modernised – and at times postmodern – stage adaptation of Roald Dahl’s cherished children’s novel George’s Marvellous Medicine. As a show in its own right it’s entertaining and effective. However, some fans of Roald Dahl’s anachronistic charm may find the production lacking, if not outright garish and unpleasant.

For everything the show sets out to achieve, it does so with flair and originality. It’s engaging and funny, with plenty of theatrical antics for the younger members of the audience and a witty script with pop culture references and elements of parody for the rest of us. As the target audience, the children seemed thoroughly entertained as evidenced by the giggles, groans, and shrieks heard throughout the show.

The acting keeps with the high standard set by previous Shake & Stir productions. In the eponymous role of George Nick Skubij is every centimeter the eight year old boy brimming with mischief, curiosity, and just the right amount of innocence. (It’s almost hard to believe this is the same actor who portrayed Dracula just a few months back.) Bryan Probets as the bumbling but well-intentioned father and Nelle Lee in a fleshed out and ramped up version of George’s mother bounce off each other naturally. In this version of George’s Marvellous Medicine, George’s mother is the sort of stereotypical female that in 2016 slang could be described as ‘basic’ — vapid, consumerist, perpetually attached to her smart phone and social media outlets. As the other star of the show and the source of conflict in George’s life, Leon Cain’s depiction of Grandma isn’t the least bit scary — at least not to the adults, but Cain is thoroughly amusing in all the right ways with a comic sensibility reminiscent of British comedy.

On the other hand, purists may be disappointed to find that the book is reduced to merely a reference point in this production, a narrative backbone for a one hour pastiche of fluorescent slapstick and one-liners with the look, feel, and all the nuance of something one would expect to see on the Nickelodeon channel. While a stage adaptation of George’s Marvellous Medicine that references Lord of the Rings and Yentl no doubt has its place in the world and in the programming of children’s festivals, the quaint and poignant magic of Roald Dahl’s book is regrettably but perhaps necessarily lost in the process.