An experimental music extravaganza that shatters boundaries and ear drums but ultimately strikes a low note.
Raphael Solarsh
[This is archived content and may not display in the originally intended format.] 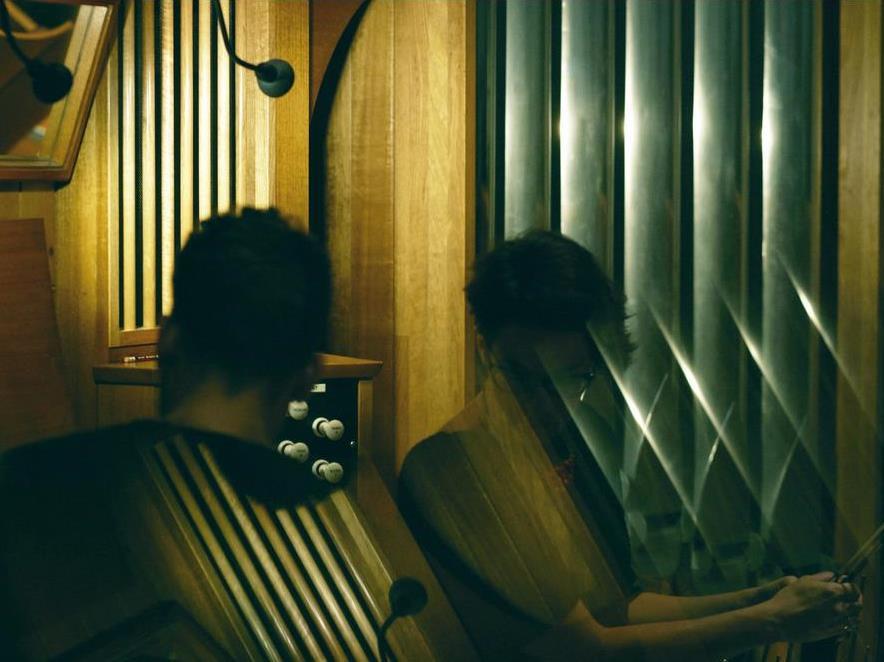 The Melbourne Town Hall’s pipe organ is a marvellous instrument, the likes of which is unlikely to be replicated in age where a synth can replicate the sounds of an entire orchestra. Its vintage and imposing presence make it an intriguing theatre for experimentation of the most modern kind but Exit Ceremonies goes further, much further, and ends up in a place that confuses, frustrates and disappoints. Perhaps, this is its purpose as a comment on modern life; perhaps its arousal of these feelings is exactly what it is designed to do. If that was the case than the ‘why’ of its purpose was entirely lost on me and the frustration and confusion I felt were neither revealing or moving.

I have no issue with art that confronts, that forces its audience to see the unsavoury aspects of an idea or situation; nor do I have issue with art that abandons form in the pursuit of the abstract. When done well, these creations can piece the fog of emotion, ideology and thought that obfuscates complex and indescribable truths. Exit Ceremonies doesn’t do this either but it is admittedly about something different. It’s about the exploration of the frontiers of sound itself but the visceral experience too was mostly an unpleasant one.

Austin Buckets opening composition ‘AISLES’ felt overpowered by the organ chords and clattering cymbals that dominated it. The layers of strings, trumpet and voice applied to the percussive and organ base struggled to lift subtleties from the underlying tonal palette. Simon James Phillips’ FLAW was the best of the three compositions and in its middle stages produced moments of transcendence with a tactile quality to the sound that filled your body. The final deep note, however, made me appreciative of the ear plugs that were distributed prior to the show. It was undoubtedly confronting and impressive but again left me baffled.

Acclaimed American composer Austin Lucier’s final piece was totally lost on me. The continuous warbling in a narrow tonal range felt like an exercise in endurance or a chaotic traffic jam of sound. His work was introduced as being capable of aural hallucinations and though no comment is made here on his other works this was an hallucination only in terms of its exclusive subjectivity.

This was experimental music at the ragged edge but whether the experiment was a success or not in the empirical scientific sense is impossible for me to say. It may represent a form of expression that I simply cannot understand or a genre that is beyond me but from a subjective point of view Exit Ceremonies is not an experiment that I would like to repeat.