An expansive showcase of the entertainer's evolution in style, exclusive to Bendigo Art Gallery.
Annabel Harz 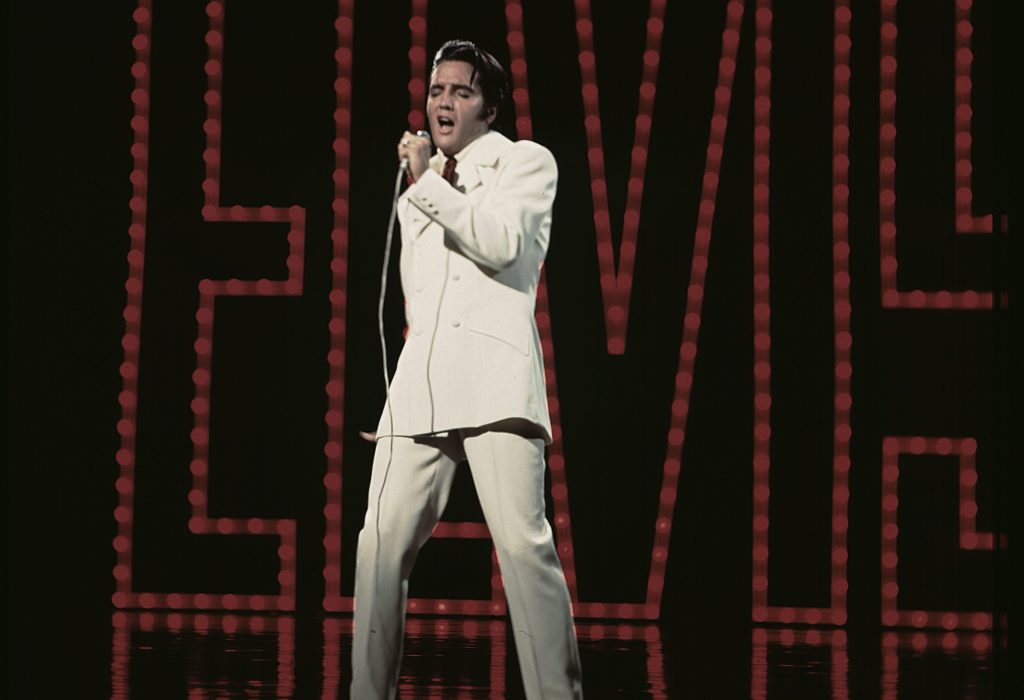 Elvis: Direct from Graceland has an astounding amount of detail. Chronologically and thematically arranged, the Bendigo Art Gallery exhibition allows audiences to access the life of a private man in a pre-digital public arena, when celebrities’ private time could counterbalance the intrusions of their fame.

Young Elvis’s Depression-era clothes have a hand-me-down quality which contrasts with the custom-designed suits and stage costumes of later years. Showbiz designer Bill Belew’s ‘riveting contemporary take’ for the ‘68 Comeback Special, signalling Elvis’s return to showbiz after his tenure in the army, featured clever incorporation of the singer’s ‘cultural roots — the working-class dreamer, the Southern preacher, the youthful rebel’.

Movie costumes appear alongside publicity shots, Elvis’s scripts and handwritten notes. With so much dancing on the balls of his feet it’s no wonder the leather of his two-toned shoes is well-creased. The ‘public condemnation’ of the star’s ‘distracting and ‘perverting’ influence’ was ‘just as zealous as the adulation’, demonstrating the power of his distinctive leg-wobbles on many a fluttering teenage heart — watched on by the worried parents of an entire generation. Carefully-managed film roles and publicity in the 1950s and 60s saw the singer’s reputation change from a ‘ne’er-do-well youth’ giving ‘smouldering performances’ to a ‘mischievous but clean-cut and suave leading man’.

His exuberant Vegas costumes — over 15 jumpsuits, many with matching capes — allow all-round access. Corners of the capes are flicked over to display the shiny undersides of contrasting colour under the heavy fabric topsides, emulating perhaps what a Vegas audience would have seen as Elvis moved around the stage. It is fitting that these most extravagant garments are from the time his performances were most polished.

Visitors will surely enjoy being photographed at Graceland: the house front is portrayed along one full wall and extends into the room. Effective lighting produces a dappled shade effect, providing the feeling of standing right outside the famous house with tall trees filtering the sun from behind. Film footage of opulent furnishings and scenic exteriors further draw the audience into Elvis’s private haven.

Activities for kids are masterfully interwoven, as are Elvis’s personal effects: school books, opulent jewellery from later years, guitars, vehicles and ornaments from Graceland such as his bedside gold telephone. Accompanying photographs show the performer in action with these items. Much of the fan merchandise on display is predictably commercial, with some Elvis heads barely recognisable as the King’s. Nonetheless, this wouldn’t have stopped sales!

Other famous people entered Elvis’s world. Meeting Richard Nixon in December 1970, the rockstar wore his ‘Worlds Championship Attendance Record’ belt, ‘given by international Hotel boss Alex Shoofey in 1969’: the ostentatious buckle of gold, silver and gemstones was engraved ‘in honour of the record-breaking attendances at his Last Vegas shows’.

The American Eagle jumpsuit and waist-length cape from 1973’s ‘Aloha from Hawaii’ deserve special mention: Elvis threw the cape into the audience, and it made its way back to Graceland after the death of the lucky catcher. The decoration on these two garments is magnificent, complemented by the background’s subtle eagle wing design that exemplifies the costume’s grandeur.

Those old enough to remember Elvis’s death no doubt felt the void left by his absence. No longer would his characteristic generosity to his adoring fans, co-workers and casual acquaintances be experienced first-hand. The curators of this impressive exhibition, which has something for everyone, exemplifies the force that remains the Elvis legend.

The exhibition leads directly to the Café Gallery where visitors can enjoy Elvis-themed treats such as the legendary ‘Elvis beef burger’ with peanut butter.


Elvis Presley: Direct from Graceland will be showing until 17 July 2022