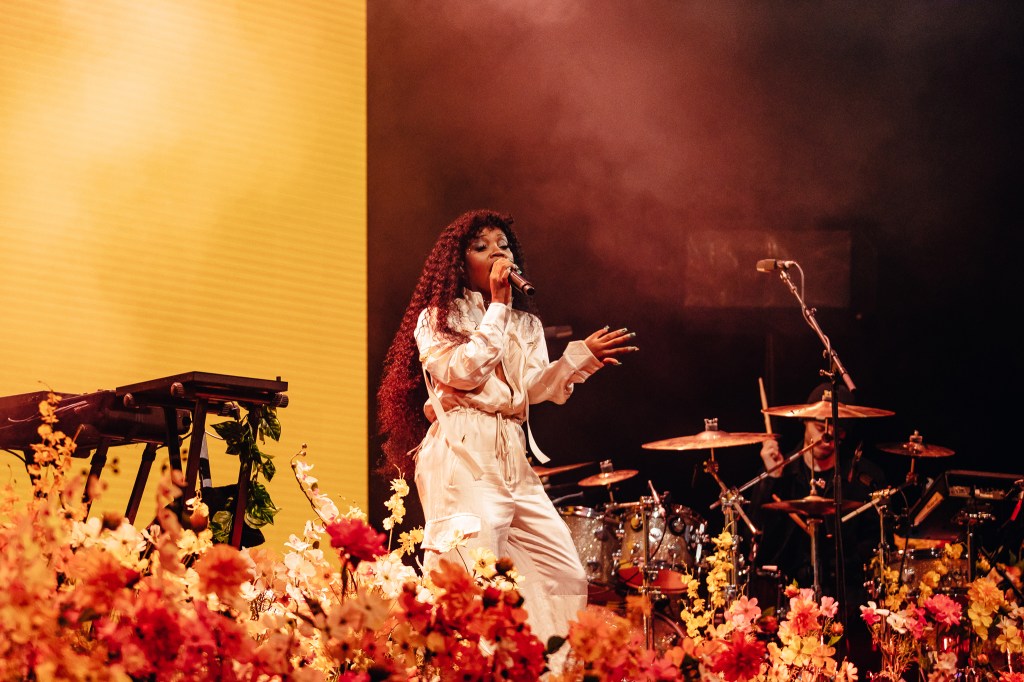 ‘ It took her all of a few minutes to have the crowd on their feet, allocated seats be damned.’ Photo by Jordan Munns.

When I saw that the venue for Tkay Maidza’s Vivid show was the Joan Sutherland Theatre at Sydney Opera House, I was a little concerned.  For one thing, the hallowed theatre is all allocated seating with no standing room. What’s more, the last time I was there, the stewards would not let alcohol bought from the bar inside. Could an artist as high energy as Maidza thrive in such circumstances?

I need not have worried. The stewards took a more relaxed attitude towards alcohol (perhaps ballet audiences are more prone to bad behaviour if alcohol is allowed inside). But more fundamentally, I underestimated Maidza’s energy and its infectiousness. It took her all of a few minutes to have the crowd on their feet, allocated seats be damned.

This was Maidza’s first show in Australia since releasing the ARIA-winning Volume 3 of her series of EPs/mixtapes, Last Year Was Weird (the last volume of which is particularly aptly named) but she is coming off a US tour and that experience on the road shows. Apart from a few delays caused by technical hitches and costume changes, her set list is tightly controlled, well-paced and does not contain a dull moment. The flower-heavy stage design and lighting is simple but very effective.

It also helps that her discography is diverse (and becoming more so with every new release) and that she is a versatile performer. This point could be made about any number of moments in the set but the transition between her sublime cover of the Pixies’ classic ‘Where Is My Mind’ to the gorgeous ‘Cashmere’ to the exuberant ‘You Sad’ really drove the point home for me.  It is rare to see someone so comfortable blending genres and so proficient at so many.

Ultimately, the proof of her quality as a performer is that the crowd is utterly beholden to her throughout the show.  It is obvious that she is revered and she has made it impossible to look away.

‘This set is going so quickly,’ she said at one breathless moment between songs and it would have been nice if it lasted longer. But it is a testament to her quality as a performer that ‘Switch Lanes’, her first song to make the Hottest 100 back in 2014, doesn’t make the cut here and isn’t missed (well, only a bit). Or to sum it up simply in the words of the people leaving the show behind me put it, ‘How did she do that?’