A changing line-up of PowerPoint presenters fire up the software program to beguile, confuse and amuse.
Amy Loughlin 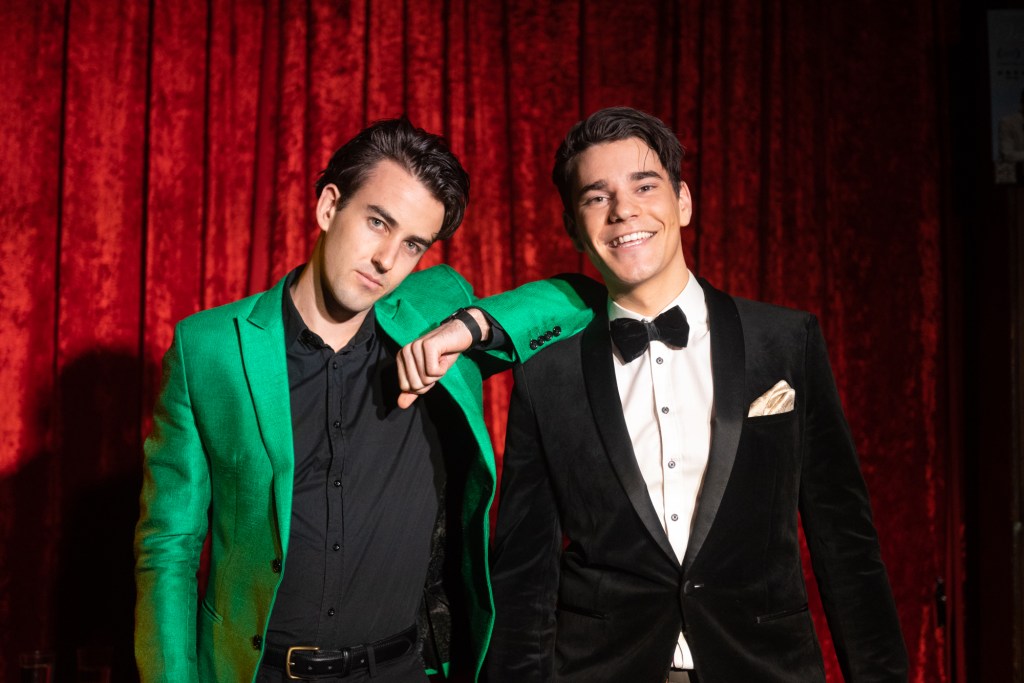 As we all know, in an extended period of international lockdowns, we had to get creative to get our kicks.

Without our communal pub trivia, our dinners over excess wine, or our daily watercooler banter, how else can we prove that we are the wittiest and most delightful amateur comedian in our circle of friends?

Enter Microsoft PowerPoint – yes, the much beloved presentation program that has been with us all through many boring work meetings or school assignments.

In a viral internet trend, groups of friends took to the humble software program and gathered together (physically or virtually) to each present their own, homemade PowerPoint presentation. The topic? Whatever you want, as long as it can produce a chuckle. How funny the evening ends up being really depends on the group taking part.

It feels only right, as we reemerge into the world of in-person comedy, that this popular trend should make a physical appearance at the Melbourne International Comedy Festival. The Late Nite PowerPoint Comedy Showcase recreates the joyous fun and anticipatory comedy of the best viral presentation parties which have swept the web.

Each showcase kicked off at 10pm, and featured a handful of comedians who were given the task of preparing a presentation, lasting roughly 10 minutes each.

Emceed by the delightfully dapper Sweeney Preston and Ethan Cavanagh (who have their own individual Powerpoint-based act in the festival titled Presentation is Everything), the be-suited Aussie duo eased us into the evening by breaking down some of the common missteps taken by PowerPoint presenters in the professional world – including boring slides and confusing jargon.

As the lads pointed out, why label a university lecture ‘Pedagogy and Epistemology of 18th Century Marxism’ when it simply could be ‘Teachies and Preachies in the Good Ole Days’?

After we’ve been suitably warned of the dangers of boring presentations, Michael Williams stepped up to the podium to kick off the evening. However, for a comedy show based on visual presentations, the screen was surprisingly low on the stage, and everyone craned their head to make sure they saw every inch and no jokes were missed.

Williams put up a slide that simply said ‘My reaction when I watch Grease 2 for the first time.’ The clip of the bowling alley scene in the aforementioned film began to roll and he cried out in horror, declaring this was all wrong.

In the confused silence that followed, the atmosphere was tense. But when he revealed the next slide labelled ‘What I thought Grease 2 would be’ and played an animated clip of Danny and Sandy in the infamous flying car at the end of the original Grease, going on wacky sky adventures, the vibe completely relaxed. What ensued was a visual comedy-based set that was bizarre, unpredictable and utterly hilarious.

The best quality of this PowerPoint showcase was that the assignment could be interpreted in endless ways. The tone, the style, the character and the medium could be as individual as the comedian standing in front of the microphone. And indeed, during this evening every person delivered a vastly different presentation.

One comedian offered a presentation on the concept of friendship itself. Another took us through the complicated fictional landscape of a place known as ‘Auntystan’, populated by judgmental ‘Aunties’ who can be found across all cultural groups. Another presented a visual defense of the musician Shaggy, mapping out his exact locations according to the accounts of the song It Wasn’t Me. The final act of the evening took on the persona of two tenacious engineers righting the structural wrongs they saw in the world – for example, without a flat bottom the number 5 would fall over, and therefore should be inverted.

Common themes quickly emerged between acts – graph humour was a big one, maps were also a popular tool. Only a couple of technical gaffs played out during the night, a cue missed and a gif that didn’t play.

As with any showcase, not everything was going to work, and certainly on this night there were some stand out acts that outperformed the others. But with a constantly changing line-up of comedians, both well-versed in the medium of visual presentations and those totally new to the craft, you’d be hard pressed to find something you don’t love in this format.