Old friends and sparring partners are back on stage to don crochet gym wear and make merry.
Thuy On 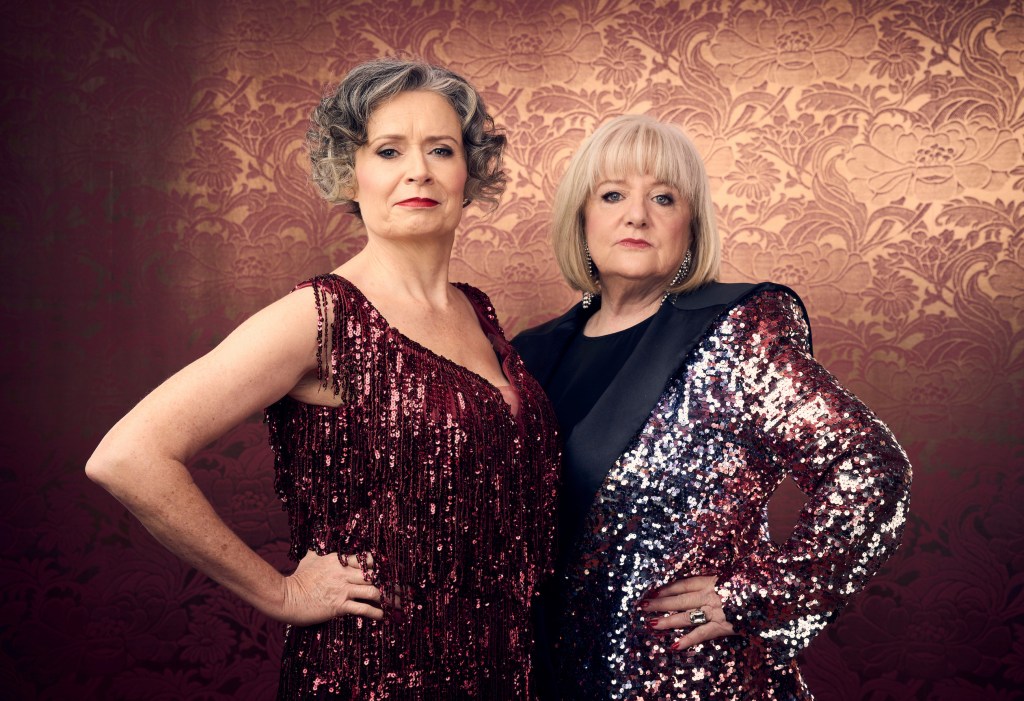 ‘Lucy and Scott seemed delighted to be once again on stage and their enthusiasm is infectious.’ Photo supplied.

It’s a testament to Judith Lucy and Denise Scott’s heavyweight status in the comedic world that their show has been afforded a space in the grand old Arts Centre Playhouse, instead of being tucked away in some lesser venue with a small crowd capacity. Lucy and Scott have worked the circuit for decades and though the last two year’s COVID blip prevented their performing solo and in tandem, they are ‘still here’ as their show’s title reminds us. The pandemic, in fact, provides the backbone of the narrative but before we get to that, ’Jude’ and ‘Scotty’ show how well honed their skills are when it comes to heckling various members of the audience. Theirs is an old friendship and they bounced off one another with well-practised ease and gentle ribbing.

The stage was simply set up with two comfy-looking armchairs designed to denote quiet domesticity. But their material has been designed to appeal to battle-weary Melburnians who’ve weathered the longest lockdown in the world and the duo do an excellent job reminding us all how terribly tedious it was to sit at home, fenced in by curfew times for fear of contagion.

Fortunately their rambunctious antics on stage allowed us to laugh now at what was sheer torture then. Who can ever forget the hobbies we all took up? (Apparently harp-playing for Lucy; crochet and pottery for Scott) as well as the endless online shopping and takeaway deliveries we all indulged in. And the zealous walking within our tightly subscribed perimetres. There was also, of course, the Netflix bingeing, the  Zoom drinks, the journalling and the drinking and the journalling about the drinking. The very relatable humour guaranteed gleeful audience reactions as well as laugh-groans in memory of such not-too-long-ago times.

In between ridiculous costume props, Still Here also featured singing and dancing and a lot of ribald and scatological humour. Talk of menopause, ageing and arthritic joints was cannily directed towards a large section of the audience, the type who, as Lucy pointed out at the start, would be grateful for the show’s early evening timeslot so they can tootle off to watch Grand Designs afterwards.

Lucy and Scott seemed delighted to be performing once again and their enthusiasm is infectious. Their confidence on stage is attributable to years of being entertainers and working the room. There are so many up-and-coming comics plying their trade at the festival, sure, but these stalwarts are still here. And we are glad to have them back.