Still disappointing her mum, comedian (and Linkedin star) Diana Nguyen showcases her enthusiasm, charm and talent in her latest show, now on at MICF.
Thuy On 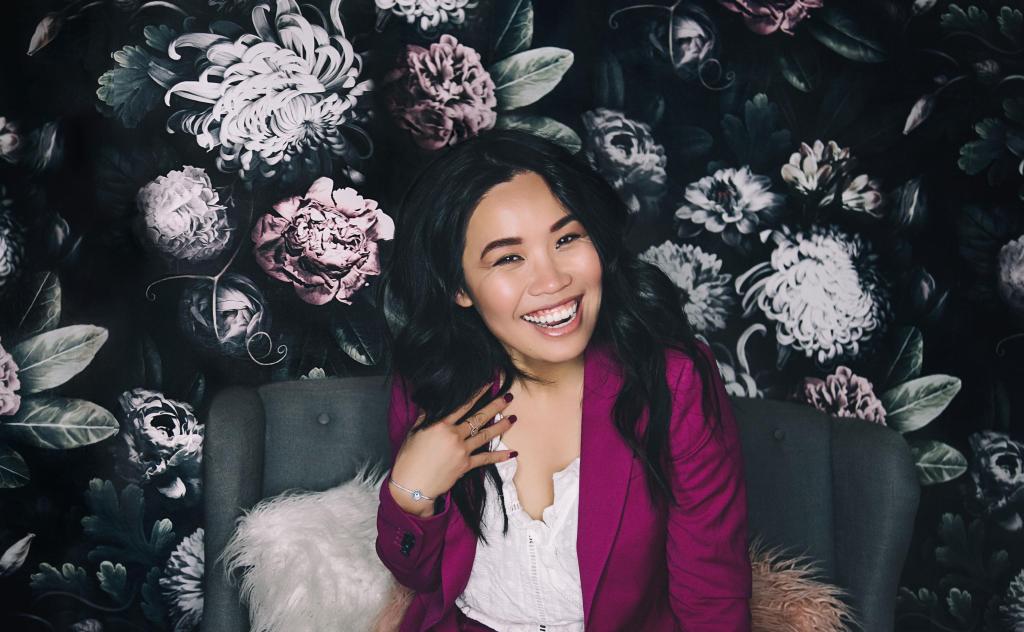 Vietnamese-Australian Diana (apparently named after Princess Di) Nguyen has been strutting her comedic stuff for a good 16 years now, so a long time to be continually disappointing her mum. Although her new show is purportedly about trying to find that charismatic dreamboat Hollywood star, there’s not that much content about Keanu Reeves.

‘The show is really about Diana Nguyen herself.’

There’s a homage of sorts to Reeves however, with Nguyen sporting a face mask which says  ‘Blink if you love Keanu’ as she bounces on stage. There’s also a small plastic figurine bearing his likeness, a T-shirt and his voice projected at random moments.

The show is really about Diana Nguyen herself. She’s not only a comic but also an actress and some kind of weird Linkedin star (with 70,000 followers) garnered from her dancing skills that’s posted on the platform.

Those who’ve seen Nguyen’s previous efforts would know that she often talks about her mother and she does that again, here in perfect mimic mode. Mother Nguyen berates and despairs of her eldest daughter ever having a baby. The comic talks plaintively of her egg-freezing plans and of her dismal dating experiences. There’s a lot of ribald humour, including a particularly funny comparison between pimple popping and the male orgasm.

Nguyen is a seasoned performer; her confidence and effervescence are infectious but the show can do with editing so the narrative is in cohesive form. She takes a scattergun approach and jumps about all over the place, there’s fertility issues one moment, before she goes on to explaining the difficulty of the Vietnamese dialect and then moves to talking about her roles as an extra in various shows (24 seconds as a Vietnamese pho waitress, 18 seconds as a Thai Flight attendant…). The transitioning segue-ways could be smoother.

Not every personal confession works in this setting however, and though she exudes a ‘go girl’ energy, a comedy festival is not the most ideal platform to air the dark reasons behind her reclaiming her sexuality. Or maybe it deserves a stand-alone show of its own, instead of being inadvertently dropped in this one.

‘Nguyen is a seasoned performer; her confidence and effervescence are infectious…’