Perfectly timed in the lead up to the Federal election, a former political advisor offers some insider information.
Paul Dunne 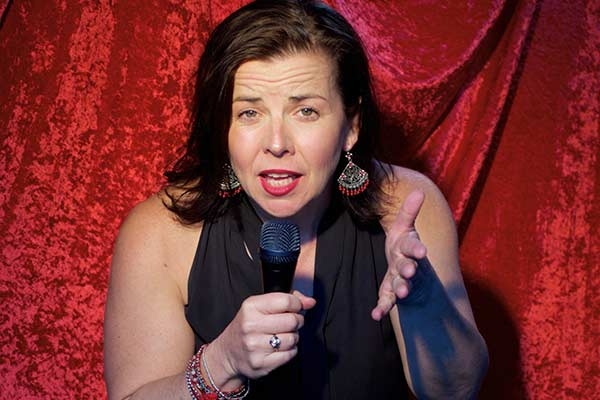 Former political advisor Carolyn Swindell leads her audience on a journey into the heart and mind of a female member of the Australian Parliament. Photo supplied.

It is common in comedy festivals to see one-hour shows which are a collection of anecdotes hung loosely around a unifying concept. In Nice Lady MP, former political advisor Carolyn Swindell takes a different approach, leading her audience on an intense probe into the heart and mind of a female member of the Australian Parliament. In a show that is both funny and moving, Swindell weaves a complex and compelling narrative that had her audience surprised and spellbound.

The artifice starts on the audience member’s seat, with a program that tells us we are at a prestigious girls school and offers a bio of Swindell as a fictitious Liberal MP from Sydney’s leafy North Shore who finds herself representing an electorate with which she has little in common. Swindell tells a story which alternates between an inspirational talk to young women about to leave high school, confiding in the audience the grim realities of a job in public life, and exposing the foibles of a woman under pressure from all sides.

The show is front-loaded with laughs as she buys the audience’s permission to take them into more serious territory. With her cast of characters and through clever use of a small number of props, Swindell’s jibes are sharp but not cruel, and she is compassionate about her subject while eviscerating the system.

The program tells the audience that the stories they are seeing are based on interviews Swindell has conducted with MPs across the political spectrum and Swindell’s character – to whom she has given her own name and age – comes uncomfortably and hilariously to life in the small room. After taking the audience into some dark territory, she leads them back into the lightness, rewarding them by ending the show with a huge laugh and a clever release of tension.

I would like to have seen Swindell inhabit some of her supporting characters more fulsomely. She brings vividly to life a volunteer in her office which demonstrates potential for other characters to be given their own voice to enhance the narrative. I found myself wanting to know more about some of these other characters.

This show is perfectly timed in the weeks leading up to a Federal election, but as Swindell remarks on the mountains of absurdist material coming out of Canberra every week, it could no doubt run at any time with equal impact.

This genre-bending delight is reminiscent of the original stage production of Pheobe Waller-Bridge’s Fleabag, combining stand-up and theatre to great effect. Swindell is a relative newcomer to the Sydney comedy scene, but this show demonstrates enormous potential for her as a story-teller and comedian. Nice Lady MP is witty and intelligent, even when occasionally veering into some very adult content. It showcases an accomplished performer and outstanding writing.

While it may not be exactly what audiences at a comedy festival are expecting, Nice Lady MP delivers a powerful and entertaining punch that will leave them wanting more.

Carolyn Swindell performed at the Sydney Comedy Festival from 30 April – 1 May 2022.

Paul Dunne is one of Australia’s most respected advertising and media writers. He has created some of Australia’s most loved advertising campaigns, written for Good Weekend and appeared as the desk of The Project. With a passion for contemporary culture and its contribution to the zeitgeist, he has an insatiable appetite for theatre and comedy, and is happiest when the two intersect.