An experimental tone is struck in this visual spectacle.
Christina Donoghue 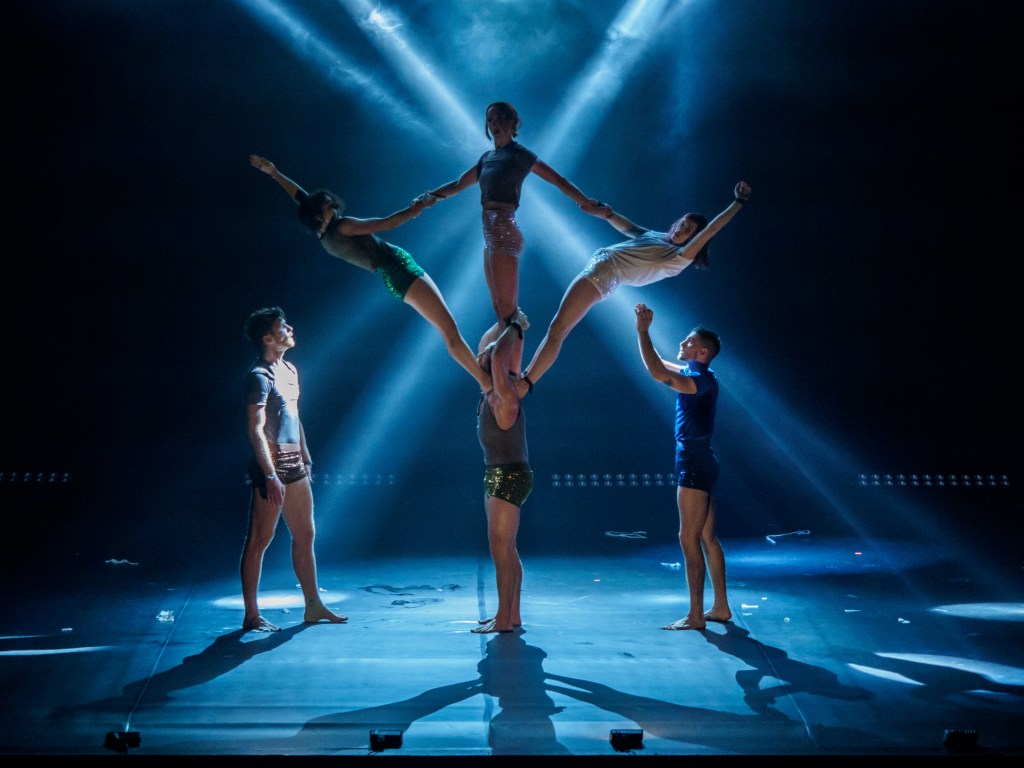 ‘Although the show wasn’t entirely satisfying to watch, the skill of certain artists must be acknowledged..’ Photo by Kurt Petersen.

Circa’s Peepshow is an absurd ride into the brash and naughty porn-style show of the 1970s, reimagined through the physicality of circus by director Yaron Lifschitz, and co-creators Libby McDonnell, and the Circa Ensemble.

From the show’s opening it was apparent that there was a dark griminess present that was both artistic and tawdry. The choreography and style of the performance possessed a playfulness and an exploratory quality that was curious and interesting in its construction. Rather than feeling like a ‘show’, it felt like witnessing a lithe experimentation of the human form in space. The journey of the piece is more that of movement and pace inside the dark and confused space that is at first the peepshow and later in what felt like the outside of a nightclub.

Peepshow was composed almost completely of acrobatics, balances and performances utilising aerial apparatus (straps, silks and trapeze). None of the apparatus was used in the traditional sense for long before the performer broke away from expectation, their writhing bodies winding around the apparatus or flailing uncontrollably as though trapped. The performers on-stage showed differing levels of skill, but there was an ever-present hesitance or shakiness that voided any polish that may have elevated the piece from where it was positioned. Where a couple of noticeable misses occurred within various acts, they were not as easily glossed over, due to the shakiness and experimental tone that was struck throughout the performance.

Although the show wasn’t entirely satisfying to watch, the exceptional skill of certain artists must be acknowledged. Special mention goes to Jarred Dewey, who was nothing short of beautiful to behold. There was such polish and grace in his trapeze and strap work the whole audience was spellbound. He was the highlight of Peepshow.

Another special mention should also go to the composer of the original music, Ori Lichtik. The music by Lichtik, and lighting by Jason Organ and Richard Clarke, did much of the heavy lifting in creating the world in which Peepshow exists.

From the audience, the main element that let the show down for this viewer as a whole was the lack of definitive journey or individual characterisation within the piece. Even from the context of it being purely a movement piece, there was a feeling of not having anything to hold onto as a viewer, where we were left with just impression and visual spectacle.

There was an absence of the sexual funk that is often associated with the peep show.

As much as deconstruction in performance or the transformation of circus from the shiny and corny flamboyance of yesteryear to the grimy and experimental art piece of today is welcome and timely, there is still the need for a performance, particularly placed in the theatre space, to entertain – I’m still not decided whether it did this.

Circa’s Peepshow was performed at Theatre Royal Sydney from 20 to 23 April 2022. 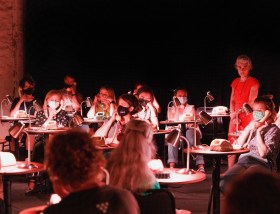