An historical exploration of bad advice through the ages and a rallying call for women to challenge it.
Adele Aria 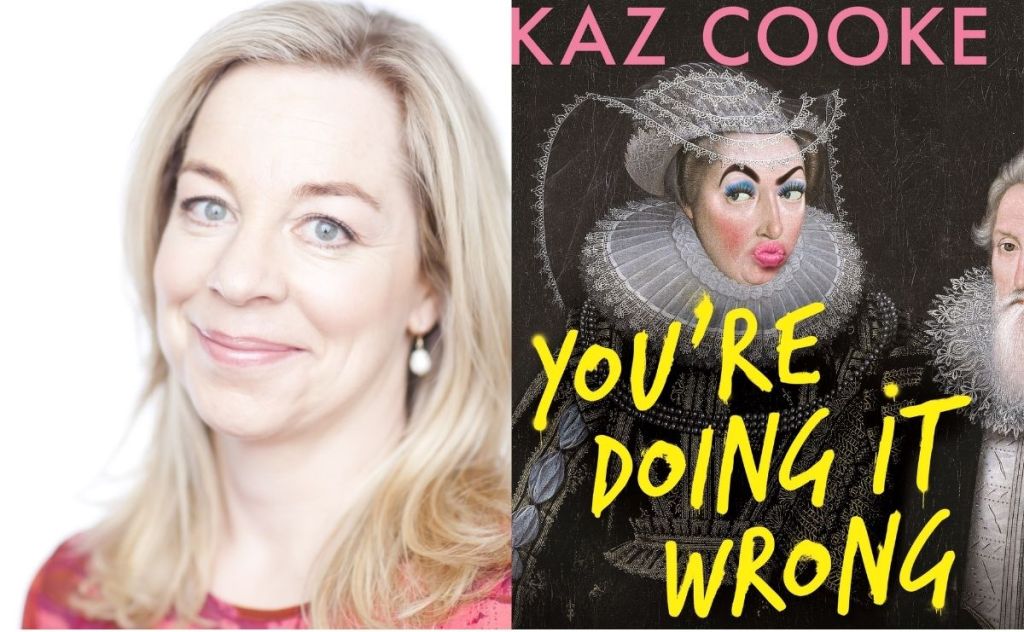 Kaz Cooke’s book is ‘a witty and fun read despite the often-harmful repercussions of bad advice.’ Photo: ©David Johns Photography

It is an ambitious mission to rail against the plethora of standards expected of women over the centuries while also focusing on understanding the contemporary Australian experience. Kaz Cooke delivers an expansive inventory of guilt-invoking, shaming, and frequently dangerous instructions directed at women, setting a largely unattainable and objectionable (also objectifying) bar. It could be a morose tale of edicts, often seeded in patriarchal dominance, that have weighed upon women’s lives. Instead, it is a witty and fun read despite the often-harmful repercussions of bad advice.

The tone unmistakably communicates that women are not collectively and inevitably subjecting themselves to the underlying harmful narratives. Nor does it suggest women need rescuing. Cogniscent of some women’s complicity, including authors of class-aspiring etiquette books and Kim Kardashian’s ties to capitalism, it generally touches lightly on nuances of intersecting forces of racism and classism. Limited to a single volume, not all issues can receive equal coverage. Notably, Cooke calls out skin-lightening and idealised body shapes for their roots in racism. Cooke largely creates an entertaining journey without losing momentum in microscopic dissections.

Drawing on personal anecdotes and conversations with women in her life, Cooke translates her investigations into accessible language, peppered with engaging specifics to validate experiences and make it real for the sceptical reader.

Covering topics from labour division to idealised body shapes, Cooke’s journalistic past is well-applied to extract details and probe historical contexts to understand many contemporary experiences. Quotes from prominent figures, writers, and other sources feature in the margins as illustrative complements. Images break up the text, occasionally rebuffing incredulity but never laughable exaggerations. Sections reference previous ones, reflecting the reality of entwining issues and life experiences, such as motherhood and work, and violence and workplaces.

Tracing through centuries of what Cooke glibly refers to as ‘poppycock’, some content is probably already well-known by fans of her work. However, her extensive research identifies some lesser-known and virtually erased history. Highlighting the consequences of dismissing women’s expertise and experiences while simultaneously venerating men’s opinions, Cooke provides examples ranging from domestic and family violence to the erroneous crediting of Dr McBride as the Australian to first raise an alarm about thalidomide.

Cooke commits to inclusive language and strives for balance in creating this exploration of womanhood in Australia and acknowledges she cannot speak for all stories or experiences. She notes many harmful outcomes are not only worse but often more likely for Aboriginal and Torres Strait Islander women and other marginalised groups. Perhaps due to word count constraints, the context provided around Eurocentric values and cultures is rarely provided for others and seems at odds with an otherwise broad look at what being a woman in Australia means.

Prefacing the core content, Cooke expresses an important concern that medical understanding and other recommendations are ever-changing, even when grounded in robust research practices. It leads to the responsibility she feels in the potential implications of propagating outdated education in past and future writing. Describing some ‘bonkers advice’ as imported by colonialist forebears, she pulls short of examining whether contemporary Australian society independently imposes repackaged or unique suspect messages.

The book is a timely and validating testament to the consequences of gendered life, particularly as its release coincides with ongoing high-profile advocacy about sexual harassment and reinvigorated debates about addressing domestic and family violence. While the call-to-action for change is an entertaining and educational read, its first glance appeal may not ensure it will be read by people who have typically and historically been part of the problem or have been missing from the journey towards recognition of women as equal.

It is a starkly grim moment when Cooke’s mother laments that laws and education may be part of necessary change, but ‘…some devious people just look for the opportunities.’ Celebrating young women recently speaking up against harassment, she strives for a delicate balance in suggesting the potential for women to change the imposition of bad advice without blaming them. But progress stands on the foundations of past activism.

Cooke briskly denounces the judgements and contradictory advice put upon women, virtually all of which contribute to the conveniently exploitable narrative that women are inherently incapable and blameable. The voice of a methodical but passionate writer makes an insistent declaration that it’s up to women. While not all people are in a position to stand up and shout back, it builds a case for scrutinising and challenging social norms and mores, especially when weaponised against people. The overall tone is almost one of incredulous frustration at the larger ecosystem that undermines women’s choices and perceived value. The judgement of women has and continues to be frequently conflated with attractiveness or service to men. You’re Doing it Wrong is a litany of and tirade against attitudes, expectations, and instructions that create never-ending platforms for the uninvited and specious judgement of women.