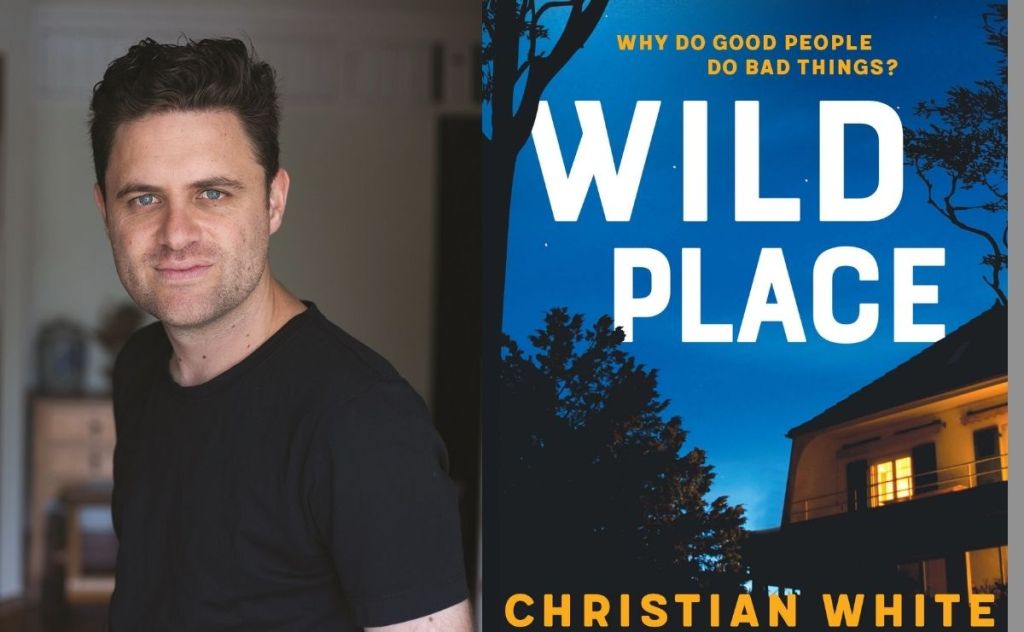 ‘Wild Place seems sure to deliver another hit for one of Australia’s up and coming names in crime fiction.’ Photo by Lupco Veljanovski.

Having made a positively stunning impact around the world with his co-written Netflix hit Clickbait, Australian author and screenwriter Christian White is back on his home turf, with his third novel Wild Place set in suburban Victoria, out on Melbourne’s Mornington Peninsula in the late 1980s, very close to where White himself grew up.

When local teen Tracie Reed goes missing from the idyllic suburb of Camp Hill in the summer of 1989, rumours of Satanic rituals start to circulate, and all manner of theories are soon being bandied about.  Local high school English teacher Tom Witter, who knows Tracie better than most, thinks he has discovered what could well be the key to her mystery disappearance, and when the police refuse to take him seriously, he teams up with the missing girl’s father, and a local neighbourhood watch group, in an attempt to get to the truth. To reach it, though, he will need to peel back layer after layer of suburban secrets, exposing various degrees of guilt, desperation, and violence in the process.  Delving into the darkness is all well and good, but can Tom reasonably expect to emerge unscathed on the other side of it? And in the unlikely event that he does, how will he and his community be changed by the experience?

Built around the question of why good people do bad things, White’s fast-paced narrative is laced with perfectly understandable, everyday fears which, when set loose upon a usually mild-mannered community, combine to propel it and its residents into a collective darkness; that wild place within us all, just out of sight but rarely far from reach.  It is a tale filled with twists and surprises, but based essentially upon core truths that we already know, but so often refuse to acknowledge: what we think of as our measured, suburban civilisation is all too often a fragile thing, the very smallest of assaults on which can crack and destroy its veneer in a matter of seconds.

Violence, xenophobia, fear of the ‘other’, particularly in the context of 1980s suburban Australian life, combine to make for a tense, taut portrait of a society not too far removed from our own, and one which will, for that very reason, resonate, however uncomfortably, with the modern reader.

Christian White has, quite literally, done it again, and it should come as no surprise to anyone who knows his work to date. Wild Place seems sure to deliver another hit for one of Australia’s up and coming names in crime fiction.