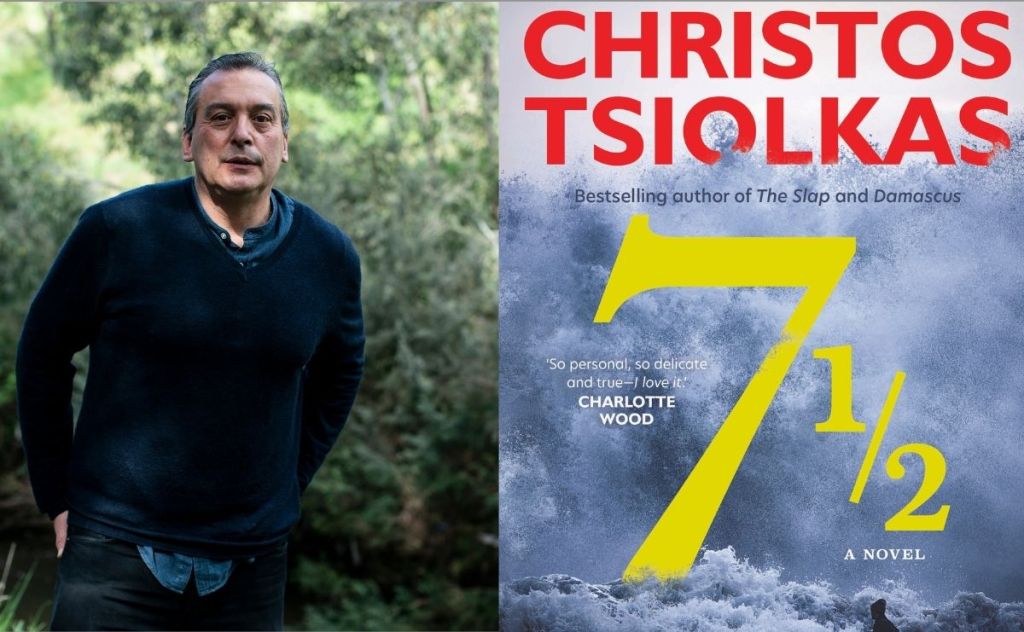 Tsiolkas’ latest book ‘reminds us that beauty is to be found in unexpected places.’ Photo by Sarah Enticknap.

In his latest novel, 7½, Christos Tsiolkas declares that he is tired of the lofty ambitions many novelists hold of writing about things such as politics, sexuality, race, history, gender, morality, or the future. ‘All of them now bore me,’ he writes. Instead, his goal is to write about beauty.

7½ blends three stories. The first is about Tsiolkas himself, reflecting on the process of writing, the things that drive and motivate his interests, and his exhaustion with the political thinking permeating every aspect of art (as he sees it). The second is about younger versions of himself, in a series of vignettes about his youth, his coming to discover his sexuality and realising the beauty and sensitivity to be found in the pursuit and satisfaction of desire. The third, and most important, about a retired bisexual porn actor, who returns to Los Angeles from his home in regional Australia at the behest of an ageing fan wishing to experience in person the desire the actor inflamed in him from the screen.

These three intertwining stories amount to a reflection on desire and on finding beauty in oneself and other people. I found the passages about young Tsiolkas to be particularly engrossing, as the author recounted with love for his past self the key moments that made him. Altogether, the three stories are evocative of the strength of nascent feeling, the kind that comes with the passage from youth into adulthood when every emotion is felt much more keenly than later in adulthood. The blend of autofiction with pure imagination is very effective in this. His experience is informed by both the experience he brings back from memory, of his early youth and the discovery of his desires and the pleasures that come from their satisfaction, and by the story he invents of the porn actor. In turn, the story he invents is informed by the author’s memory, as he consciously places people and sensations from himself into his fiction.

In trying to write about beauty, Tsiolkas’ strategy of cycling through the three storylines is an effective device for avoiding bland platitude. Instead of merely pointing to beautiful things, such as a young boy’s early desires, a middle-aged man’s love of his wife, or his own experience of beauty in nature, Tsiolkas builds a contrast between the beautiful and the ugly and shocks us into accepting that the two are not mutually exclusive. He reminds us that beauty is to be found in unexpected places. In this, I found 7½ to be a novel encouraging of quiet reflection which can spur the reader into reflecting on their own memories and finding beauty therein.