Early bone hunters tell us what it means to be human.
Vicki Renner 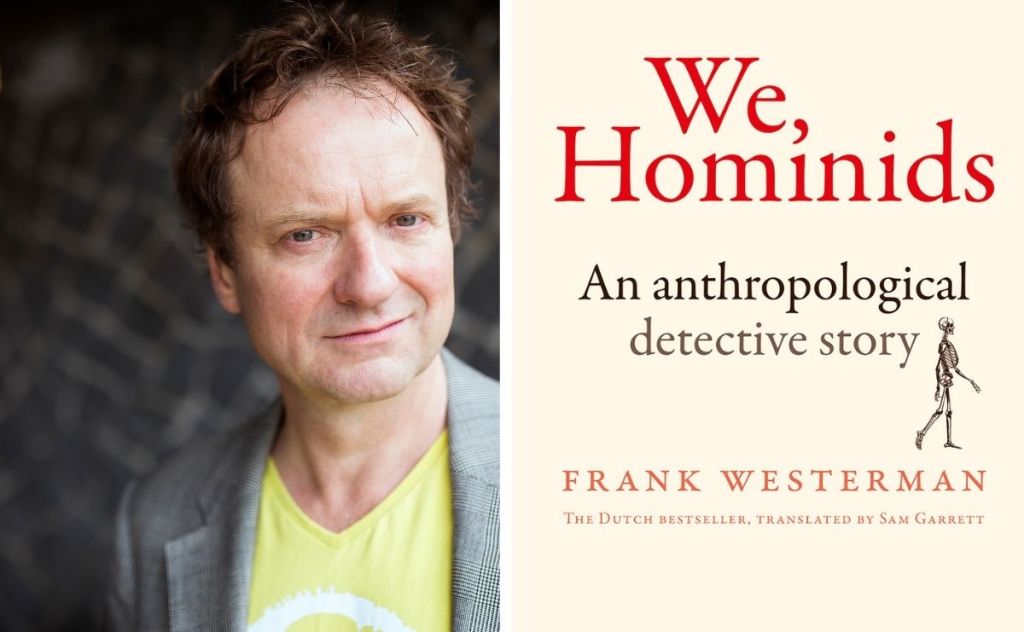 It’s not hard to see why We, Hominids: An anthropological detective story by Frank Westerman is a bestseller in the Netherlands. Extraordinarily detailed, poignant and philosophical, this book is an exploration of what it means to be human (and not-human) as seen through the lives of the ‘skull hunters’ who started exploring the equatorial tropics of Asia and Africa as far back as the 1830s. They were looking for, among other things, the ‘missing link’, which (spoiler alert) has still not been found, but the digging has brought much else to light.

Westerman is an award-winning writer and in We, Hominids he takes us on a journey through his intimate, personalised style of reportage. This fascinating, absorbing book is a tightly woven mix of science, research, reportage, personal tales, philosophical insights, questioning, detective work, history and legend.

As he explores the individual lives, triumphs and deaths of the skull hunters of palaeoanthropology, Westerman unveils their stories in a cyclical way, introducing us to key players in the first chapters. In successive chapters, he returns to these early bone hunters, revealing more of their dramas, tragedies and triumphs each time. It’s as if Westerman were brushing dust off their old bones, in the same way they brought ancient bones to light, emerging slowly through the layers of time. This cyclical storytelling is intriguing, inviting us deeper into the quest to identify what it means to be human. With each new discovery, each new way of seeing, the story is rewritten.

Take the skull that is the starting point for this anthropological detective story: LBI, also known as ‘Flo’, Flores Man or the ‘hobbit’ (named after Tolkien’s creation due to its diminutive size). In 2003, a tiny adult skeleton was unearthed in a cave on the island of Flores in Indonesia. Her skull, Westerman tells us when he handles a replica, reminds him of a softball. With her disinterment from her humid resting place, Flo challenged what we humans believed about ourselves.

She has been described in many different ways, which often reveal the bias of the describer. She’s been viewed as a pygmy similar to those in Africa or a dwarf, or possibly someone who suffered from microcephaly. Others have seen her as a new ancestor of Homo sapiens never discovered before, or possibly a new type of Homo erectus (our most direct ancestor). Thanks to the successive theories that seek to define this anomalous find, Flo has shone even more light on what we humans used to be, once upon a time.

Although ostensibly exploring the origins of humans, We, Hominids is also about the origins of how we see ourselves. It’s about deviation versus norm. It’s about how we measure ourselves versus how we measure others. It’s about how Catholicism rejected early theories of evolution and the existence of missing links while at the same colonial powers like the Dutch (and many others) sought to measure, take blood from, and categorise the people of colonised lands. It’s about how legends like the Yeti and Ebu Gogo (‘little hairy forest demons’) might not be legends after all, but real stories of a long-dead but still remembered species. It’s about whether we are different from the animals – and if so, how? And it’s about why questions like these matter.

While these big questions are at the heart of this book, the searches that Westerman and his students go on through archives, museums, online and on the island of Flores are what drive the story forward. Here you will read about Eugene Dubois (dubbed the Father of Palaeoanthropology), Father Verhoeven (the priest who looked to the earth not the heavens for meaning), Teuku Jacob (Indonesia’s éminence grise of palaeoanthropology, who disapproved of how the founding fathers exploited Indonesian workers during digs), Mike Morwood (a New Zealand interloper who in 2003 achieved what three successive Dutch bone hunters couldn’t), José Joordens (whose intriguing work spans many disciplines, including hints that Homo erectus might have had a creative side), and Hanneke Meijer (one of the new generation of female palaeoanthropologists who is shining new light on old beliefs).

We find that as the questions evolve, so the quest changes.

‘If the search for the human essence has made anything clear to me, it is that we are doomed to go on revising what we think we know… The definitive version does not exist.’

With each new discovery comes new ways of seeing humanity, imbued with the beliefs and biases of the time. We, Hominids is both an exploration of these 125 years of belief, discovery and rewriting, and is itself another layer in the telling.

With his deft turns of phrase, exquisite imagery, and engaging personal style, Westerman – and translator Sam Garrett – breathe life into dusty old corridors, ancient bones and tropical caves. The stories of those early explorers of early humans are no less interesting than the emerging stories and discoveries that DNA analysis is revealing, as well as the new ways of seeing human development that women now bring to the field. As you read We, Hominids, you’ll become aware that we’re only part way through the story, and there’s still much more to discover. A special mention for Sam Garrett, an award-winning translator, who has brought Westerman’s scintillating prose to an English-reading audience – and we’re all the richer for it.