This book abounds with fascinating anecdotes about the lives of Kimberley artists.
Erich Mayer 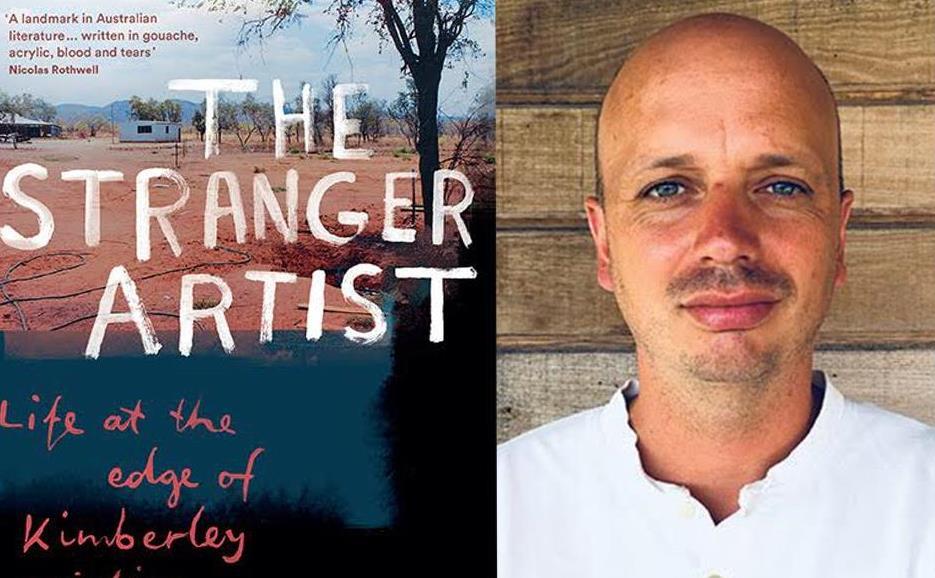 This book is billed as a biography, but it is actually a history covering ten years or so of the work of Tony Oliver, the stranger artist of the title.

Oliver, who describes himself as a gallerist, is so much more than that; this book reveals him as an entrepreneur, a mentor, an artistic collaborator and above all a great human being. He was by no means the only white man to fall in love with the Kimberley region and to bond with its people but as far as the world of Aboriginal art is concerned, he is one of the most helpful and influential to do so.

In the process of recounting Oliver’s activities, Quentin Sprague elucidates important aspects of Indigenous culture and explores the conflicting culture of the gardiya – white people – as seen through the eyes of lovers of the arts. The day-by-day lives and doings of the many Aboriginal men – and the very few women – whose paintings became widely appreciated are delineated in stark contrast to the poverty, deprivation and outright persecution of the local Indigenous people.

The painters painted what they saw, what they felt, what they believed, in a style peculiarly their own.

This book is an extraordinary work in many respects. It abounds with interesting anecdotes, recounting everything from tales of painting and happy gatherings to exploitations and atrocities with the same attention to detail and evocative skill. Time and again, it is demonstrated that alcohol has helped to ruin lives. Time and again, individuals are shown to overcome poverty and harsh living conditions to succeed. The book leads to a better understanding of what life was like for the Kimberley artists whom Oliver helped to success and fame.

Best know among Oliver’s achievements is the formation of a collective known as Jirrawun Arts. One of the most fascinating stories in the book is how Helene Teichmann, ‘a left-leaning lobbyist’, helped legitimise the organisation:

‘She wielded considerable influence: not only did she have Melbourne establishment connections, she’d long enjoyed a direct line of communication to the prime minister’s office, along with any number of federal members of parliament.’

So Teichman pulls strings and suddenly, funds and prominent people became available to manage the collective that Teichmann ends up reluctantly chairing. But even here Oliver’s influence can be seen. When his involvement with Jirrawun Arts ceased, it started to wither away.

Sprague recounts Oliver’s many trips to the Kimberley and describes Oliver’s skill in identifying talent early and in mentoring painters. As a gallerist, Oliver surely made his living from a percentage of the sale price of the paintings he promoted, but there is no doubt that the welfare and interests of the artists was his prime concern.

The fact remained that with the commission to the gallery and the proportion the art centre retained, an Aboriginal artist usually received only thirty to forty cents of every dollar that was made from their work.

But a Sprague points out, it is Oliver’s passion for mentoring that was of primary value to the artists. There were some who would not even have started painting were it not for Oliver. It is true that at times the mentoring may have bordered on collaboration – as alleged by some of Oliver’s detractors, who cast doubt on the purity of some paintings sponsored by Oliver.

In The Stranger Artist, Sprague provides clues as to why some of the paintings to come out of the Kimberley region fetched very high prices. It is because the painters painted what they saw, what they felt, what they believed, in a style peculiarly their own. People such as Oliver enabled their paintings to be brought to the attention of art lovers with deep pockets. But of most interest is this timely reminder that even to this day, Australia’s treatment of the first Australians leaves much to be desired.