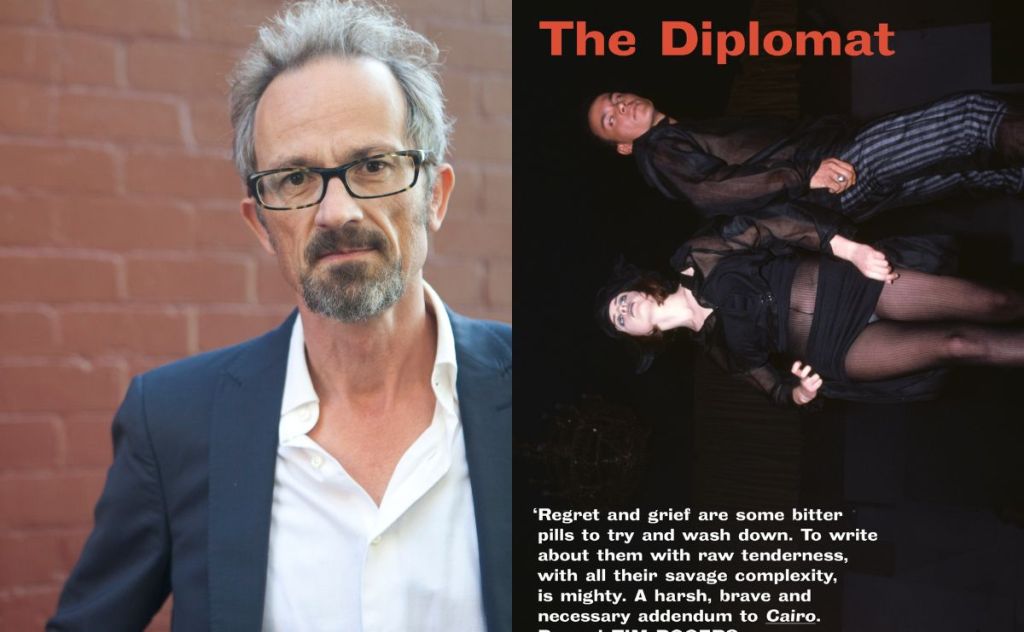 ‘The Diplomat, for all its sad subject matter, is a gripping page-turner of a novel.’ Photo supplied.

One of the definitions of a diplomat is a person who is good at dealing with people in a way that avoids bad feelings.

If you are looking for this characteristic in 37-year-old Edward Degraves, who narrates his story in The Diplomat, you will not find it. Edward has been off heroin for a few weeks and tells his story with palpable emotion and transparent honesty.

Perhaps he could have been a diplomat in another life, instead of having led the wasted life he recounts. So, the book takes its title from the Diplomat Motel which features as a rendezvous near the novel’s denouement. A motel by that name once thrived in Acland Street in Melbourne’s St Kilda around 1991, the year in which this story is based.

The novel abounds with references to real people and the music of the 90s, such as this mention of the somewhat eccentric portrait painter Lucian Freud:

We’d met Freud in a pub in Shoreditch about two years ago. It was after hours, a lock-in. Weirdly, we hadn’t realised who the raffish, beaky old thing in our booth was until we started talking with him. He was fierce, amusing, a stationary point in the hurly-burly of late-night carousing . . . but any illusions I might have harboured about learning anything . . . were quickly dispelled.

Perhaps to label Edward’s life as wasted is merely the mistaken view of an observer who, like his mother, Betty, thinks making the best of your talents, preferably in a conventional manner, should be your goal. It is not enough for the Bettys of this world that Edward, and Gertrude, the woman he married, loved and lived with – and took drugs with – had a great relationship. They cannot understand why some people do not wish to lead conventional lives and are happy to put their artistic talents to use in illegal ways. And yet, Edward is full of regret for lost opportunities, as distinct from regret for his love of drugs or for the lifestyle he chose.

Through Edward’s eyes you also get glimpses of the very talented Gertrude and come to wonder whether they dragged each other down or held each other up, whether they brought the best or the worst out in each other. It leaves the reader to make their own assessment, content with showing glimpses of lives lived in certain ways absent of value judgements.

This is a powerful and gripping novel of agony and the despair of regret. There are happy moments but the emphasis is on the horror of the feeling of helplessness because what has happened is immutable. No amount of regret, self-loathing or apology will remedy it. Nor will anything ameliorate the self-loathing that comes from disaster mainly self-inflicted. To present this in readable manner is no mean feat and is a tribute to Chris Womersley’s talent.

The Diplomat, for all its sad subject matter, is a gripping page-turner of a novel. It is a book that is hard to put down once you have started it. It’s like eating an unpalatable dish with pleasure because of the way the dish has been presented.