A diverse array of styles and subject matters that may challenge your ideas of what constitutes science writing.
Ned Hirst 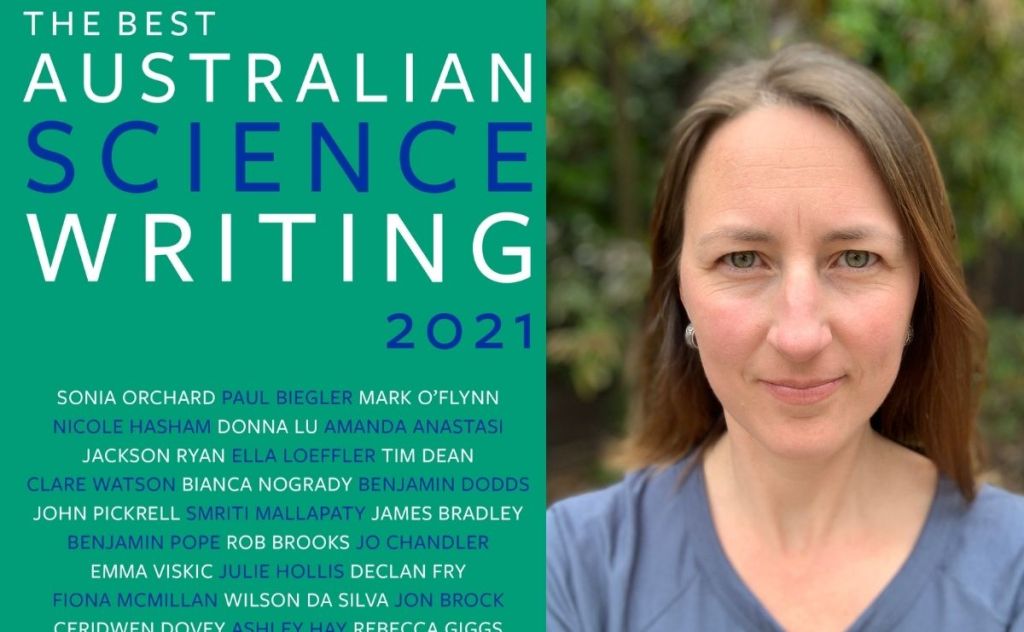 ‘There is plenty to be inspired by here, but at least as much to provoke feelings of dread.’ Photo of editor Dyani Lewis supplied.

In her foreword to the 2021 edition of The Best Australian Science Writing, Australia’s chief scientist Cathy Foley writes that books such as this ‘lift my sights to the horizon and remind me of the importance of the work that scientists and researchers do, and the almost incomprehensible mysteries and wonders left to be discovered. They lift our sights from our feet to the horizon and that is inspiring’. It is a lovely sentiment, but a word of warning for those looking for a feel-good beach read. There is plenty to be inspired by here, but at least as much to provoke feelings of dread.

2021 has been a year of contrasts so far as the treatment of science in Australia’s political discourse is concerned. Leaders of every political persuasion were careful to emphasise that their response to the pandemic was guided by science and the experts. On the other hand, few seemed to be heeding the advice of climate scientists. In her contribution to this collection, Jo Chandler writes about the psychological toll that the collision of COVID-19 and climate change provoked, particularly among experts in in the latter area. ‘It feels as though we are hurtling down a hill without any brakes, through an unfamiliar landscape, to an uncertain destination,’ Professor Lesley Head of the University of Melbourne tells her. ‘We need to deal with at least the possibility of catastrophe’.

The possibility of catastrophe is a common thread. There is room for inspiration in Clare Watson’s piece about fire authorities incorporating indigenous land management in their practice and John Pickerell’s exhilarating account of the efforts to protect endangered species during Australia’s black summer bushfires but each of these pieces is punctuated by an uneasy sense that the worst may be yet to come.

Developments in space exploration are discussed in several pieces but space research does not represent an escape from troubles at home. Alice Gorman and Ceridwen Dovey sound warnings about the number of satellites in the sky: that the risk of collisions is increasing and that the amount of light satellites reflect is already making astronomy harder and might soon make it impossible. Even Benjamin Pope’s fascinating account about the possible discovery of life in the clouds of Venus comes with a salutary warning. As Pope explains, Venus may have been a habitable planet for much of its history before a runaway greenhouse effect; ‘such life must have survived the aeons since the planet’s surface became uninhabitable, clinging to an existence high in the cooler clouds.’

However, I do not wish to give a misleading impression about the collection. The tone is not all doom and gloom. Indeed, the 33 writers included here represent a remarkably diverse selection of styles and subject matters. As editor Dyani Lewis promises in her introduction, they delight in complexities. And some challenge pre-conceptions (my pre-conceptions at any rate) of what science writing can be. As Amanda Anastasi proves in one of the ten one-line poems included here, six words can be enough: ‘the wildflowers think it is Spring’.