An amusing and incisive commentary makes this history an irresistible read.
Erich Mayer 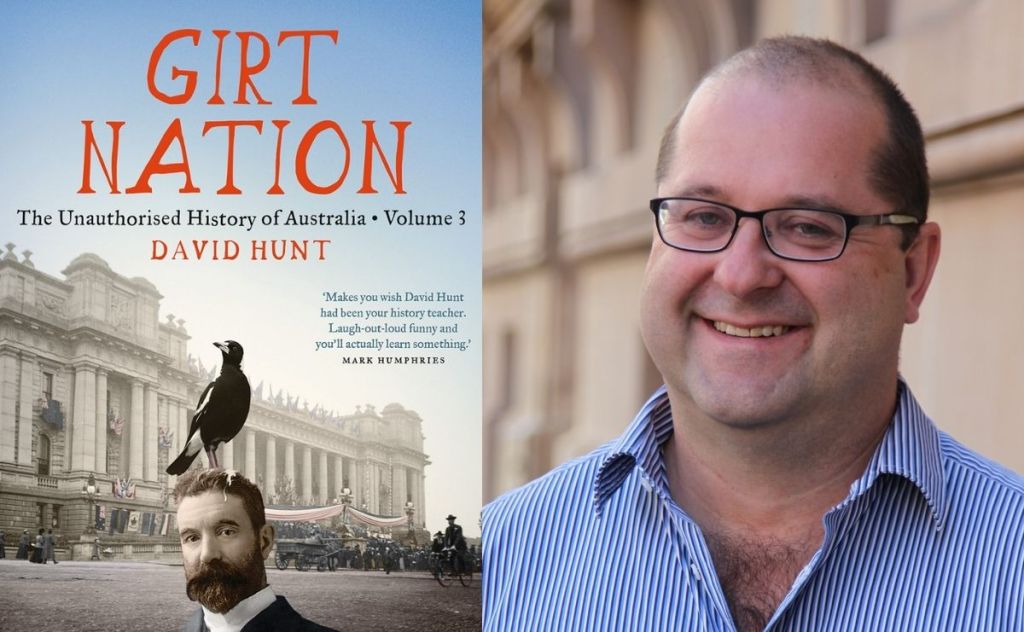 ‘What Hunt does, accurately and adroitly, is unearth many little-known or forgotten facts that illuminate the past.’ Photo supplied.

The second I finished reading Girt Nation: The Unauthorised History of Australia Volume 3, I ordered David Hunt’s previous two history books, Girt and True Girt. I don’t know how I missed them, but that error means I have great pleasure in store if they’re anywhere near as good as Girt Nation.

Hunt proudly dubs Girt Nation an ‘unofficial history’, no doubt to indicate that his irreverent take on Australia’s past is not following in the footsteps of such renowned historians as the conservative Geoffrey Blainey or the more left-leaning Manning Clark. Hunt’s signalling that he is not an academic or mainstream historian should not be mistaken as representing a lack of rigour in his research. What Hunt does, accurately and adroitly, is unearth many little-known or forgotten facts that illuminate the past. He mocks what he dislikes, as evidenced by the book’s title (he is clearly no fan of Australia’s national anthem). And for those who prefer an academic touch or further enlightenment, Hunt provides excellent footnotes and a comprehensive index.

Girt Nation covers the life and times of Alfred Deakin and the period leading to and shortly after Federation, with asides that feature Banjo Patterson, Henry Lawson and many other less well-known characters. This was the era of the White Australia policy and when suppression of Australia’s First People was supposedly the Christian thing to do. So-called Aboriginal Protection Boards ‘controlled almost every aspect of Aboriginal life’.

But in presenting people and facts, Hunt is not slow in inserting his opinions. In describing Australia circa 1897, he writes that Australians ‘believed in democracy (for men), a fair go (for white men) and housework (for women of all colours). They were committed to a free press, to trial by jury, and for the most part, freedom of religion. They trusted in commerce, progress and the Queen. And most of all, they shared the bond of losing money, betting on ridiculously dressed shortarses engaging in S&M with defenceless animals.’

What further makes this history so absorbing is Hunt’s sometimes wry, sometimes tongue-in-cheek and sometimes downright in-your-face approach, such as when the story meanders from the fiasco of different rail track gauges, observed by Mark Twain in Albury, to a diatribe that describes Thomas & Friends as ‘capitalist, colonialist, classist, ageist, racist, sexist, fattist, homophobic, transphobic and climate change denying’.

The cover of Girt Nation shows a magpie proudly perching on Alfred Deakin’s head which is lightly adorned with the bird’s excrement; Victoria’s Parliament House is in the background. It is a fitting illustration of a man and a book that sheds extra light on a past in which much was achieved and much was left undone, in which much happened that is praiseworthy and much that is anything but. The cover also shows a quotation from satirist Mark Humphries: ‘Makes you wish David Hunt had been your history teacher’. There is no better way to sum up how you feel after reading this remarkable book.