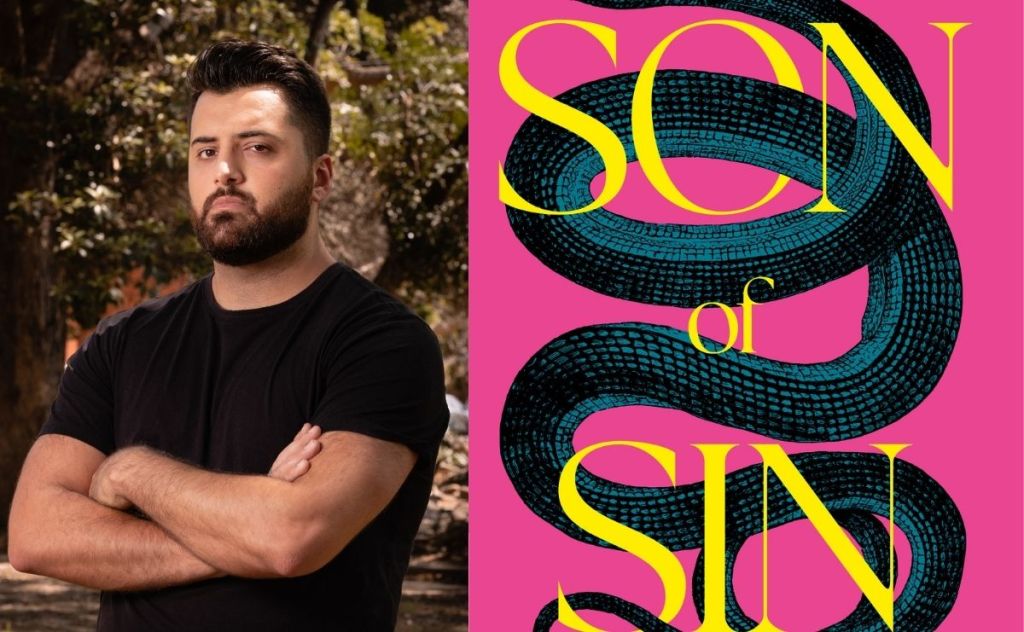 ‘It is a remarkable achievement. Sakr writes with grace and power.’ Photo supplied.

Son of Sin, Omar Sakr’s first novel, opens with a prayer. The novel’s protagonist, Jamal, is seeking the good graces of Allah on Laylat al-Qadr, the night on which the Quran was first revealed to Muhammad. This is a particularly auspicious night in Islamic culture, a matter on which Jamal is relying. He is 15, no longer a child, and his sins now count.

As with Stephen Daedalus before him, images of hell are far more evocative and potent for Jamal than the prospect of nirvana. In fact, there is more than a bit of Portrait of the Artist in Son of Sin, not just the religious terror but also the attempt to depict the entire spectrum of adolescence and early adulthood, no matter how ugly. If it were a competition, you would have to say that Jamal has it worse than Stephen. Not only is there the prospect of eternal hellfire, but Jamal also has to come to terms with his sexual attraction to men which, if discovered, threatens to drive a wedge between him and his family.

Although this is a debut novel, Sakr has already published two poetry collections. The novel is beautifully written; Sakr’s has a poet’s touch for a perfectly weighted sentence. I suspect that an unsympathetic pedant could be tasked with finding a dud sentence in the novel and return empty-handed. Though written in the third person, Jamal remains the novel’s psychic centre and the view of life which it depicts is his alone. Particularly in the early stages, it is not anchored in any particular time and memories float in from his early childhood. This associative technique and the prose style demand careful attention, although the novel opens up when Jamal visits his father in Turkey. It is as though the horizons of language expand with those of Jamal’s experience.

The novel has to confront the same issue as all bildungsroman; namely, that real, believable lives do not follow a narrative arc. There is a fine line between finding a plot which will hold the reader’s interest and commandeering a protagonist’s life in a way which feels forced or artificial. Sakr’s answer to this challenge is to hold the novel together with thematic associations. The plot sometimes glosses over large periods – there is next to nothing, for example, about Jamal’s time at university – but it covers everything necessary to deal with the themes it has chosen to explore: religion, sexuality, family and the process of becoming oneself.

It is a remarkable achievement. Sakr writes with grace and power and, speaking as a Sydneysider, it is a delight to see the city through his eyes. There is no doubt that this is a very personal novel; in the acknowledgements Sakr calls Jamal his ‘distant avatar’. Having said that, it is a testament to Sakr’s skill that it is hard to know which parts of the narrative are grounded most strongly in lived experience. I would be surprised if this novel escapes the attention of the Miles Franklin judges but, in any event, this book marks the arrival (in fiction) of a powerful voice.