This is one of the best young adult adventure stories published in a long time.
Erich Mayer 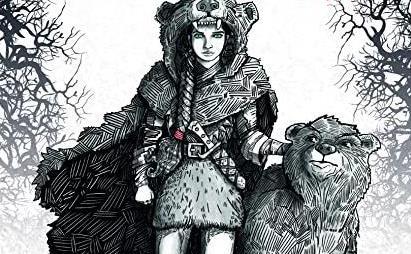 Gina Inverarity has subtly taken the essence of the fairytale, Snow White, to give us one of the best young adult adventure stories published in a long time.

The setting is New Zealand in the 2030s when climate change has wreaked havoc. The oceans have risen, temperatures have dropped and heavy cloud cover is permanent; the sun, moon and stars are not to be seen. The older generation is dying off together with their memories of electrical appliances and motorised transport. The hero of this story, Snow, is a member of a generation that uses candles, and whose most common means of transport is walking.

Snow survives an assassination attempt by her stepmother. She befriends a bear cub whose mother was killed and names the cub Little Bear. The two become inseparable, facing many close encounters in their fight for survival over a five-year period.

Snow is tough, resourceful and honest, with the wisdom of the intelligent self-educated. Readers will get to like her and admire her but if they are anything like me they will also fall in love with Little Bear, who of course is no longer little as time passes. Inverarity does not anthropomorphise Little Bear but portrays her as a tamed wild creature with dog-like devotion to Snow.

The love interest is provided by a young man known as ‘the hunter’ who more than once saves Snow’s life. Like Snow, he prefers living in the woods and hunting for food. Both Snow and the hunter prefer outdoor life rather than living in a city:

‘The city was a shock to every one of my senses. I was dazzled by sights and deafened by noise. I had to cover my nose from the rotten stink that crept in and made my mouth taste as foul as a tainted river.’

Because of the title of this book, and the name of its heroine, the reader is led to a comparison with the fairytale, always bearing in mind that Snow is a realistic dystopian novel. This adds an extra tantalising dimension to the reading experience, particularly if the comparison is made with the original version of the Brothers Grimm and not Disney’s sanitised Snow White and the Seven Dwarfs. While reading this book I found myself speculating how the next key event in Snow White would be played out. My guesses tended to be way off the mark.

There are many novels that feature the triumph of good over evil, survival against the odds, the little person winning against the establishment. Snow has all of these and well-drawn endearing characters and a variety of reprehensible villains to boot. It succeeds so well because in addition to all of that, the setting is a plausible future. It succeeds so well because it does not shy away from raising some serious issues. What more could you want?